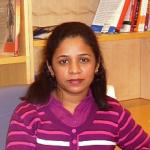 The satellite television “revolution” of the mid 1990s has dramatically transformed the landscape of media in India. The entry of multinational media companies, as well as a spurt in the number of English and regional language television channels with various patterns of indigenous ownership, have unleashed a new “visual regime.” Indian Readership Surveys show a consistent increase in the number of newspaper readers and other media audiences. Industry estimates paint a blistering image of an exploding media sector, with television occupying a pivotal position in such predictions. Not only does the television contribute close to half of the overall media revenue in India, it is also estimated to grow at a stable rate of 11.4 percent cumulatively over the next five years. According to PricewaterhouseCoopers report on the Indian media and entertainment sector, the size of the television industry is expected to reach $15 billion by 2012. The media industry, as a whole, will continue to grow at increasing rates and there will be an overall compound annual growth rate of 10.5 percent for the period 2009-13. Channels are multiplying, even as new forms of media such as video-on-demand, video games, digital media and social media are slowly, yet surely, expanding.

How do we comprehend this massive, booming phenomenon of visual literacy, mediatized visibility, and information? What policy measures do various media perspectives imply? Classical political economy would interrogate the ownership patterns and caution us about the growing volume of foreign capital flowing into India, and raise concern over concentration in ownership or worse still, a monopoly over media production. This, in turn, would lead to dire consequences; because content becomes more homogenized, a singular Western dominated (especially American) content would pervade India in the form of Friends, McDonalds, and Fox News.

There is no doubt that contemporary media production is characterized by a great degree of mimesis, especially so in the genre of reality television that imports and duplicates television shows such as Big Boss (as Big Brother), American Idol (as Indian Idol) and The Moment of Truth (as Sach Ka Samna). However, the phenomenon is far from homogenization, or even hybridization. There is sufficient evidence to believe that multinational companies had to “Indianize” their content and form before they became commercially viable. Such media strategizing results in yet another instance of re-territorialization and trademarked tradition. The vernacular (vis-à-vis the American Anglo media) is inflected by the flows of globality and acquires new meanings; in turn changing the American model as well as itself.

At the same time, there is a certain degree of “massification” of media in India because of the sheer increase in the volume of media audiences and media production. Television and new media outlets (including small-sized newspapers, cable television, pirated video, and new media) have extended the reach of the public domain to include more people and more sections of people than in the earlier phases. In this sense, the media has clearly come out of an elite model of media production in the colonial and post-independence period; all the more so because of the widespread pirate culture in which thousands of fakes of media products clandestinely circulate the market.

This “massification,” or widening of mediated public space, is distinct from what the Frankfurt School derided as the culture industry. It would be an overstatement to propose that the deluge of media images has turned the Indian audiences into a passive, consuming, homogeneous, uncritical, overwhelmed “mass,” or transformed prekshakaru (viewers) into jana (people) under the aegis of culture industry.

There are at least two observations that support this claim. First, there is the sheer heterogeneity of the audiences and cultural representations circulating in the Indian media. Many forms of media and their defined audience groups collide, overlap, and distinguish themselves within networks of media production. Both the cultural product and its audiences are therefore dispersed, fragmented, and unavoidably messy. If scores of fly-by-night newspapers circulate around Vidhana Soudha to blackmail police officers and titillate gossip-hungry government employees, hundreds of cable television networks beam the latest Bollywood (pirated) cinema on neighborhood television sets far and away from the power center. There is also the mighty national television network, and even mightier regional language television channels that give a heady cocktail of crime, politics, and melodrama; smattered with regressive tropes of tradition and superstition.

Second, television audiences are not surely and merely uncritical. This would be a hard point to prove, but the sheer increase in the number of studio based debates on “current affairs” (for example, discussions around the Arushi or Jessica Lall murders) point to an active middle class citizenry voicing their concerns and fighting for justice. This signals new forms of political culture emerging on the terrains of television channels. In its best manifestation, it has turned audiences into “demanding” and critical citizens who participate in studio talks challenging the politicians; who organize protests to save their roads and trees and invite the media to cover the rally; who approach a television reporter before thinking of lodging a police complaint; who lead campaigns on the internet and garner support worldwide (eg: the pink chaddie campaign). In a profound sense, visibility has penetrated governance, making the ruling bloc partially (and at times erroneously) accountable to the media and mediated publics. A striking illustration for this new form of mediatized political activism is the rise of the Lokayukta (public ombudsman) as a new vanguard of citizen rights against corruption in Karnataka in South India. The offenders are government officials who are laid in traps by the Lokayukta vigilance team during the course of accepting bribes from common citizenry. These traps rarely become full-fledged “legal” traps in which officials get convicted for their crime and condemned for legally sanctioned punishment. Instead, it is a trap of visibility, a trap in which the offender squirms under the raging gaze of the media and through the media with innumerable audiences watching. This critical visual trap alludes neither to the Frankfurt School’s overwhelmed spectator nor to Kant’s detached aesthete. In this, visibility is itself a political practice. At its best, it unfolds as “exposure” and provides the much needed democratic intervention in governance. At its worst, it is what Walter Benjamin would term as “aestheticized politics” in which the ruling bloc “sees its salvation in giving these masses not their right, but instead a chance to express themselves.”

This is precisely the ambiguity of contemporary media production and explosion of affect intensive spaces of media visibility in India. For any meaningful policy and public engagement with the contemporary media, it is imperative to discern the growing dominance of visibility in contemporary politics and the commercial drives that shape its intended and unintended consequences. Policy paradigms have, however, been anything close to a nuanced appreciation of a variegated media terrain. Instead, the Indian government is vacillating between two extreme positions: colonial paradigm of policing the media through numerous strictures and, as in the case of the broadcast media, continued procrastination in implementing a regulatory framework sparking suspicions of acquiescence with the corporate sector.

More importantly, the policy paradigms are stuck with the conventional approaches of top-down, centralized regulatory mechanisms. While it is extremely important to provide regulatory checks against media monopoly, policy discussions and civil society debates on the media should be equally sensitive to the social and cultural implications of media expansion. The landmark Supreme Court of India judgment in 1995 set a new paradigm by stating that the airwaves are “public property” and therefore, freedom of the press should be understood not merely as freedom of media enterprises to engage in their businesses but a substantive right of the public to have access to avenues of expression and public debate. The right to expression has to be approached comprehensively as the right to be heard as well as right to say and hear. This crucial judgment pushed the regulatory debates beyond the dichotomy of the regulating state and free media by emphasising the need to protect diversity in media production.

In this light, it is important to build institutional capacity to critique the media and foster greater access to media spaces for an inclusive public without necessarily resorting to the developmental garb of media literacy. The policy focus should move beyond the conventional realm of centralized speech regulator to one of a decentralized speech enabler. The central and state governments should reenergize several institutions that were created for responsible media production and public recognition of good media, and transform them into decentralized institutions for public participation. A striking example would be government sponsored professional associations such as the Media Academy. Currently, these institutions – with some exceptions – are a sedate backyard for government publications that come to life once a year by giving away awards to journalists who are either favourable to the ruling party or lobbied hard for the awards. These academies and similar institutions should be strengthened to serve as platforms for informed debates on media production both among the public and journalists, and also lobby for stories on the poor and the marginalized in the mainstream media.

Media education is another area where significant redirections are warranted. The burgeoning field of private media education is fraught with varying pedagogical standards. However, it is uniform in so far as restricting itself to narrow vocational training and lacking a holistic focus on society, politics, and culture. These measures should supplement regulatory efforts at reining in media excesses. In the last decade, the Indian state has fiddled with several avatars of the Broadcasting Bill and content code. Professional media associations – News Broadcasters Association in particular – have quickly drawn a code of ethics to avert possible government interventions. Although laudable, the practicalities of everyday media production and intense competition and mimesis within the media field suggest that these professional guidelines are most likely to remain as sacred tenets of the holy cow that no one read or followed. Attempts to implement a regulatory framework for the broadcast media should not be delayed or distracted by the purported claims of self-regulation, even as public scrutiny should be firmly focused on ensuring that such a body remains autonomous and decentralized.

Sahana Udupa is a doctoral candidate at the National Institute of Advanced Studies, Bangalore, India. Her work explores the interface between the globalizing city of Bangalore and the news cultures that have emerged since 1990, with a broader goal of theorizing the inter-relationship between contemporary journalistic practices and formation of publics. She was a Spring 2010 Visiting Scholar at the Center for Global Communication Studies, Annenberg School of Communication, University of Pennsylvania. He can be reached at sudupa@asc.upenn.edu