"Information and the Politics of Identity," Sanjoy Chakravorty. The Hindu: Business Line, July 16, 2019

"Ignorance is Bliss: The Truth About Inequality in India," Sanjoy Chakravorty. India in Transition, October 8, 2018

"Is Inclusive Growth Possible in India? The Challenge of the Agricultural Sector," Sanjoy Chakravorty, S. Chandrasekhar, and Karthikeya Naraparaju. India in Transition, January 1, 2018

"How to Design the Next Land Acquisition Law," Sanjoy Chakravorty. India in Transition, April 6, 2015

"Adding Fuel to the Fire: Political Parties and the Struggles Over Land Acquisition," Sanjoy Chakravorty. India in Transition, June 20, 2011

The Politics of Information in India 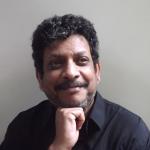 In a recently published book—The Truth About Us: The Politics of Information from Manu to Modi—I offer a narrative of how India’s social “truths” were made up over the last two centuries, an explanation for why the narrative has taken the shape it has, and its political and social consequences. Abstracted from the book, here I outline the key to the explanation—the politics of information.

The initial proposition is that the “truth” about any society is created with building blocks of “information.” The accumulation and organization of information becomes “the truth.” The crucial questions are: What is information? How is it generated? What is accepted as correct information, by whom, and why? These weighty questions form the core of the politics of information, which involve the choices made by people with power on what is considered information (and what is not), categorization of that information into groups, counting to fill categories, and communication to those who have been categorized. Each of these choices is crucial, categorization being the most consequential. Each choice at each step leads down a different path to a different social condition.

India’s present distribution of social identity—that is, its distribution of religions, castes, and tribes—is the outcome of a series of choices made at different points in time by people with the power to choose. Much of what passes for social truth in India is not objective at all, but subjective; it was created to simplify complexity and serve the interests of those who made up the truths.

First: Power is the key. Who has it, how much does he have, how effectively can he establish his choice as reality, what does he already know and believe when he makes a choice, what does he want to achieve with his choice, what is his interest? “Information is power” is a cliché, but true power is the ability to decide what information is and to categorize and name it. Every label—from race to nationality, from criminality to mental ability—is an outcome of choices made by people with power for control and domination over those they have labelled.

For example, to categorize India’s “tribal” population as Hindu is a choice—not made by the “tribals” themselves, but by others with the power to create categories—that has led to a specific social formation, the one we inhabit. Consider how problematic this is. If caste is an omnipresent and central feature of Hindu society (as it is widely believed to be), how did Adivasis, the so-called “tribes” of India, become Hindu? When India’s “tribes” were placed inside the category “Hindu” in the late nineteenth and early twentieth century, there were no Brahmans or Kshatriyas among them, nor “outcastes.” Sanskrit, supposedly the link language of Hinduism, had no presence in their societies. They worshipped different entities, had different relations between genders, and ate different things. What, then, made them Hindu?

What, for that matter, does “tribal” mean anyway? Or “caste?” Or “outcaste?” Or “sub-caste?” Who created these categories? Who made these choices and decisions? When did it happen and why? How did these choices become acceptable? How did they begin to apply all over India? Were the categorized people ever asked whether they agreed with the labels that had been stuck on them? What are the consequences of accepting these choices and labels? How does one dispute them? These are among the crucial questions on power, information, and categorization that motivate my investigations.

In India, when information existed only in scrolls (as it did when the British took control of the subcontinent), some convenient scrolls and their interpreters became central to the process of constructing information. This, I argue, is how “Hinduism” was made up. But information technology itself has undergone at least two revolutions after the time of the scrolls. First came the printing press, which enabled many more people and groups to create and access information. After the mid-nineteenth century, the printing press became the key to the formation and growth of Indian thought and political organization; it directly led to both major forces in contention: anti-colonial nationalism (of Tilak, Rai, Gandhi, Bose, and Nehru) and Hindu consolidation (of Savarkar, Golwalkar, and Upadhyaya). More recently, in the last quarter century, India and the world have been going through a new information revolution driven by digital and mobile technologies. In this period of abundant information and misinformation, the technology itself—from smart phones to tweets—is key to what people know and believe.

Third: The creation and management of information is guided by what I call the principle of simple information. It is based on the axiom that all people—humans, Indians, everyone, everywhere—prefer simple information over complicated knowledge. The preference for simple information arises from our very human brains, which tend toward “confirmation bias,” “cognitive ease,” “selective recall,” “belief perseverance,” and so on. These well-known ideas are exemplified in the writings of behavioral psychologist Daniel Kahneman.

The simplest forms of information are binary (food or poison, friend or foe, for me or against me) and are based on categories and stories. Data or facts are of secondary importance to categories and stories. The preference for simple information is both individual (we all do it) and institutional (the government does it too). It is a permanent condition. There is no conscious moment in which we do not use simple information.

The simplification of the natural world is biologically advantageous because it is a speedy and efficient way to deal with the unending volumes of information that constantly inundate the brain. It may even be the key to human cognition and species evolution. But it is not possible to make the same argument for the simplification of the social world into ideologies, stereotypes, and prejudices on religion, caste, race, ethnicity, gender, and age. These simplifications lead to everyday discriminations and inequalities, of course, and can become the justification for large-scale violence like war and genocide. These simple stereotypes and biases become the staples of everyday behavior. They become, in many practical ways, the truths about us.

The principle of simple information is crucial to understanding how India’s current social structure was imagined into existence by the British colonizers. It is also crucial to understanding how the core contest between truth claims in India—between Hindu homogenization and pluralism—is being waged in the present moment. Both situations demand simple information, but for opposite reasons. Under colonialism, great one-sided power combined with low information technology and minimal information (in scrolls) to an extreme simplification of Indian society. In the present condition, advanced information technology creates an abundance of information, which dilutes power but also creates new demands for simplification.

The principle of simple information is the idea that connects the counterbalancing forces of power (which always seeks to simplify complex information) and information technology (which generally tends to increase the volume and complexity of information). It is this balance between complexity and simplification that is at the heart of the struggles over social identity in India. This is how it has been for over two hundred years.

Sanjoy Chakravorty is Professor of Geography and Urban Studies and Global Studies at Temple University and a CASI Non-Resident Visiting Scholar. His recent books include The Truth About Us: The Politics of Information from Manu to Modi (2019), The Other One Percent: Indians in America (2017), The Promoter (his first novel, 2015), and The Price of Land: Acquisition, Conflict, Consequence (2013).