"The Politics of SEZs in India: Promise and Pitfalls," Rob Jenkins. India in Transition, December 2, 2007 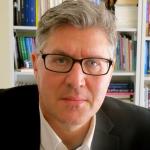 February 2016 marks a decade since India’s National Rural Employment Guarantee Act 2005 (NREGA) came into force. NREGA is both revolutionary and modest; it promises every rural household one hundred days of employment annually on public-works projects, but the labor is taxing and pays minimum wage, at best.

Many charges have been leveled against NREGA: that it is not the most efficient way to deliver anti-poverty assistance; that it produces substandard public works; and that officials steal program funds. There is some truth – in some places, and at some times – to all of these complaints.  But the accusations are often wildly overstated, which is no surprise given the partisan and ideological debates that have taken place since the idea of a right-to-work initiative first appeared on the policy agenda of the Congress Party-led United Progressive Alliance (UPA) government, which ruled from 2004-2014. NREGA’s economic benefits have also been systematically underestimated. It has provided crucial income-support to some of India’s poorest and most marginalized people – precisely the kinds of people that social protection programs find difficult to reach.

What NREGA’s most vociferous critics neglect most of all are its political impacts, notably, the varied mechanisms through which the program’s implementation process can enhance what my coauthor James Manor and I call the “political capacity” of poor people. To understand NREGA’s larger significance, one must grasp its essentially political nature. As Himanshu, a close observer of NREGA’s implementation, has observed, “the politics of entitlement” under such programs “becomes important not just as legislative rights, which can be enforced and justiciable, but as a participative political process.” In our forthcoming book, Politics and the Right to Work: India’s National Rural Employment Guarantee Act (Hurst/Oxford), we define political capacity as an amalgam of political awareness, connections, confidence, and skills. NREGA’s participation and accountability provisions provide ordinary people a voice in identifying local works projects and opportunities to engage collectively in citizen-auditing of these projects once completed (including through the systematic verification of wage-payments). NREGA’s architects understood that social audits and other accountability mechanisms would work imperfectly. Few Indians were better aware than the activists (from within and outside the state) who designed NREGA of the array of deceptions, delays, and evasions that powerful actors use to subvert such schemes. They, nevertheless, calculated that the key role of elected local councils (panchayats) in implementing NREGA would make attempts by officials to steal from the program far more visible. The intention was to provide an institutional structure for channeling the resulting discontent into a process of continuous claim-making.

NREGA has contributed greatly to the reinvigoration of panchayats at the village and district levels. At least half of NREGA funds must be spent on projects designed and implemented through panchayats. The NREGA-prompted devolution of resources made elected village councils, despite their shortcomings, a site where marginalized people’s demands for accountability were legitimated. This was a process aided in some states (e.g. Rajasthan) by particularly well-positioned civil society networks, and in others (e.g. Tamil Nadu) by capable state bureaucracies. While engagement by civil society can help to realize the potential of rights-based initiatives such as NREGA, not every type of civic association is equally effective. As our field studies in Rajasthan and Madhya Pradesh revealed, hybrid organizations – which combine the confrontational and mobilizational tendencies of social movements with the governance and service-delivery focus of conventional NGOs – have been far more effective.

Clientelist politics has been disrupted, though not eliminated, by NREGA’s institutional and procedural design. NREGA’s architects did not expect an immediate end to the longstanding practice in India’s employment programs of interference by political patrons in the distribution of work opportunities and the siphoning of workers’ wages by local officials. But there was a strong belief among NREGA’s early advocates that it represented an important step in India’s long journey toward a post-clientelist future, in which a government’s political fortunes would increasingly be determined by its performance in delivering impartially on its stated objectives. Reforms to the program, generated by civil society organizations working both in partnership with and in opposition to the state, led to a requirement that wages be paid into workers’ personal bank accounts. This, in turn, fueled a massive increase in the number of rural people incorporated into the formal financial sector. The kind of brazen theft of workers’ wages that had characterized precursor employment schemes became rarer. The connections that NREGA workers forged made them more aware of the role of key officials in determining whether NREGA was run relatively efficiently or whether it was operated purely for the benefit of local elites.

NREGA has also had a wide range of non-material impacts with significant social and political dimensions. Program participants routinely travel to worksites located outside their often caste – or community-segregated neighborhoods, often laboring alongside people from different communities – and (where wages are withheld) engaging in collective protest action with them. For many women who worked on NREGA projects, emerging from the domestic into the public sphere was a significant political step in its own right. The respectability of “government” jobs, however temporary, was an important enabling factor. In some years, women have accounted for almost half of all NREGA person-days worked. Their bargaining leverage within households increased, and at least one study found that women recipients of NREGA wages were subjected to lower levels of domestic violence.

NREGA’s impressive political durability – it survived the arrival of a new ruling party, the BJP, in 2014 – is largely the result of the process of continuous mobilization that NREGA’s structure encourages.  Attempts by the government of Prime Minister Narendra Modi to seriously scale back NREGA have generated major political backlash, including from local groups whose protests against the non-availability of NREGA jobs, or the underpayment of wages, are a regular feature of political life in many rural areas. Government proposals to restrict NREGA’s coverage to India’s most economically depressed regions, for instance, were foiled by a combination of grassroots protest and fierce resistance by opposition parties. Underhanded methods of undermining the Act’s intent have, nevertheless, been used, including the same expenditure-reducing accounting practices the previous (Congress-led) government deployed after 2010, when fiscal conservatives began to dominate Manmohan Singh’s cabinet.

Another reason NREGA is unlikely to be abolished anytime soon is that some BJP chief ministers like it. Madhya Pradesh’s chief minister grasped early on that implementing NREGA reasonably well could yield at least two political payoffs: electoral support from communities and localities that benefit, and backing from the district and sub-district elites (political and bureaucratic) who are given considerable latitude in how they implement NREGA.

Perhaps the most important reason NREGA’s survival prospects are as good as they are, given Prime Minister’s Modi’s stated antipathy for the program and the aversion of his key economic advisors, is that the ruling party’s political capital has been severely depleted by its inept handling of other high-profile policy reforms, particularly the effort to dilute legal protections for people whose land the state targets for compulsory acquisition. This as yet unsuccessful attempt to amend India’s three-year old land-acquisition legislation has attracted criticism from across the political spectrum, including from BJP-linked organizations. The party’s leadership wants to avoid an anti-farmer/anti-poor image at all costs. Under such circumstances, a frontal assault on NREGA is a highly risky endeavor. Whether NREGA, under the current dispensation of malign neglect, can continue to augment the political capacity of poor people is another matter.

Rob Jenkins is a Professor of Political Science, Hunter College and The Graduate Center, City University of New York (CUNY).