“Special Economic Zones – FAQs,” Guide to business in India, maintained by Federation of Indian Chambers of Commerce and Industry on behalf of India’s Ministry of External Affairs

“In the Name of Growth: The Politics and Economics of India’s Special Economic Zones,” Shankar Gopalakrishnan, Study for the Council for Social Development, April 2007

“Can India Revitalize its Special Economic Zones to Rival Those in China?,” Asia Pacific Bulletin, February 1, 2006

The Politics of SEZs in India: Promise and Pitfalls 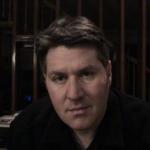 It has been two years since India’s Parliament passed legislation to allow the creation of Chinese-style Special Economic Zones (SEZs), enclaves whose tax breaks and relaxed regulatory requirements are intended to attract foreign investment, spur the creation of world-class infrastructure, and create jobs. Since February 2006, when the Special Economic Zone Act 2005 came into force, India’s usually slow-moving bureaucracy has acted with unprecedented vigor, clearing proposals for more than 400 SEZs. But what is motivating this move towards spatially defined reform? How has the SEZ policy fared so far? And why is the response it has generated significant?

India’s adoption of the SEZ concept was, according to a former commerce minister, “inspired” by the success of China’s SEZs, which turned sleepy provincial backwaters like Shenzhen into global manufacturing hubs in less than two decades.

If so, it still remains a mystery why India’s SEZ policy is so strikingly different from the Chinese one. In China, the emphasis was on large sites – industrial cities, really – whereas Indian SEZs can be as small as 10 hectares (about 25 acres, or 1.07 million square feet). The theory behind SEZs favors larger sites. In the absence of scale, it is difficult to recoup the costs of building world-class infrastructure. Additionally, without a critical mass of firms in a given sector, the synergies arising from ‘clustering’ are lost.

More significantly, China’s SEZs were established on land belonging to the state, and developed by Chinese government agencies in anticipation of leasing space and facilities to private firms; in India, the policy framework relies largely on private developers to own, develop, and operate the SEZs.

Tailoring foreign ideas to fit domestic circumstances is not necessarily a bad impulse. But the design of India’s SEZ policy, and the manner in which it has been implemented, raises suspicion that the Chinese model was indigenized not so much to suit India’s national interest as to benefit elite interest groups. These include prominent industrial houses, real estate developers, and last, but by no means least, the politicians and bureaucrats who stand to gain (politically and personally) by acting as midwives at the birth of SEZs. By approving hundreds of small SEZs throughout India, the government has adapted the policy concept to India’s democratic context, where placating powerful interests across the country helps to cultivate broad-based support among the political elite.

The entire SEZ phenomenon, in fact, provides a useful lens on the politics of economic reform in India. One way of looking at the process is to see it as the Indian state finally deciding to abandon its cautious approach to liberalization. The creation of SEZs is, indeed, an aggressive attempt to promote investment, trade, job-creation, and growth.

On the other hand, one could just as easily regard the decision to pursue SEZs as a capitulation to the realities of India’s democratic system. Reformers, who face formidable political obstacles to the next wave of liberalization (labor deregulation, tax policy changes, easing restrictions on foreign investment, privatization), can be seen as having scaled back their ambitions – not by reducing the scope of the reform agenda, mind you, but by shrinking massively the extent of the territory to which new reforms will apply.

In other words, if (politically speaking) India as a whole is not ready for radical change, then why not simply confine such reforms to those parts of the country that are prepared to embrace liberalization? Through the expedient of SEZs, the cutting edge of reform can be applied selectively, creating a patchwork of tiny hyper-liberalized jurisdictions dotting the country. Political resistance to reform would thereby be fragmented: opponents would be isolated from one another, dissipating their energies in highly localized protest movements, each with its own peculiar issues and personalities.

Unfortunately, confining the vanguard of the reform agenda to just a small fraction of India’s landmass has not quelled political resistance in quite the fashion that the SEZ policy’s architects in Delhi had hoped.

To implement the policy, the central government must rely on India’s state governments to assist SEZ developers to acquire land, to obtain the necessary clearances from state-level agencies, and to shepherd SEZ applications through the approval process in New Delhi. States are pleased with the investment-promotion opportunities the new policy makes possible, and have acted with remarkable alacrity to facilitate the process. State governments have thus demonstrated a high level of ‘buy in’ to the SEZ policy.  And because state governments are ruled by a wide array of political parties, many of whom sit in opposition in the national Parliament, their participation as enthusiastic implementers of the SEZ policy should, in theory, weaken the association of the policy with solely the parties that make up the United Progressive Alliance coalition government in Delhi. This should make the SEZ policy a much less partisan issue.

It has not quite worked out that way. This is because many state governments have failed to perform the other function their colleagues in Delhi were counting on them to: managing the political tensions that arise when large infrastructure projects are undertaken.

The compulsory acquisition of land from farmers and other property owners is always controversial; when done to benefit private real-estate developers, on the basis of a policy whose design has been widely criticized (not least because of the huge revenue implications of SEZ tax concessions), the mix is explosive.

In some states protests against the creation of SEZs have turned violent. The most notable case is a chemical industry SEZ proposed at Nandigram, in communist-controlled West Bengal. A combination of local opponents, well-networked activist groups, and opposition politicians mounted a spirited (and successful) campaign to halt the project. But clashes with police and paramilitary forces led to violence in March of 2007, claiming the lives of 14 people. Conflict has flared up intermittently since then, most recently in November, when anti-SEZ protest was crushed by the state government, sparking outrage within and outside India.

West Bengal is not alone in having mishandled the politics of SEZs. Maharashtra and Goa (both in western India) and Orissa (in the east) have found themselves embroiled in controversy.  In most cases, the state has acted callously in dealing with property owners whose land was being acquired.

Corruption is part of the problem. But so is the Indian state’s dire track record at Resettlement and Rehabilitation. Even when India’s courts have mandated that government authorities take specific actions to compensate people affected by large projects – the Narmada Dam is a classic case – implementation has been appalling. Not surprisingly, people who have witnessed past failures are more likely to fight any attempt to acquire their land, which has huge symbolic as well as obvious economic value. Other ‘project affected people’ who do not own land, but depend for their livelihoods on their niches in existing local economies, are equally likely to resist change fiercely.

What does all this mean?  First, the implementation of India’s SEZ policy demonstrates that, ironically, reform strategies designed to circumvent political obstacles can generate considerable discord when the political institutions that are supposed to manage tensions are ill-suited to the task.

To play the political brokerage role envisaged for them, state governments will have to find ways of overcoming their much-deserved reputations for systemic venality and for reneging on their promises. In particular, they will have to devise context-sensitive approaches to compensating the ‘losers’ from reform. These will have to incorporate transparent and citizen-friendly accountability mechanisms if they are to be credible.

One reason why even seemingly attractive offers of compensation are refused by project-affected people is the lack of viable enforcement mechanisms, the courts in most areas often being dysfunctional at best. Unless India’s states can rise to the challenge of rebuilding their credibility – which implies the creation of institutions for enforcing compacts between citizens and governments – the political environment facing the continuation of economic reform will be inhospitable at best.

The second point of relevance concerns the relation between India’s middle class and the country’s ongoing process of democratization. For many middle-class Indians, the prospect of living in an SEZ’s residential enclave is extremely attractive – not just because of the promise of upscale facilities, but (as importantly) because it offers a chance of escaping from the contentious and unpredictable politics that India is currently experiencing.

The gradual expansion of the political class to include more and more people from historically discriminated against groups is one of democratic India’s great achievements. But when combined with religious extremism, economic dislocation, and sclerotic political institutions, the result has been to politicize almost every aspect of public life. The desire to ‘secede’ from the normal India into a special zone may well divorce India’s middle class from the country’s bold attempt to re-imagine democracy – a rift that even a cursory reading of historical sociology would consider unwise at best.

It is an open question whether SEZs will evolve into islands of placid modernity amidst a sea of chaotic dysfunction, in which case they will symbolize the malaise that has beset India’s democratic experiment, or whether SEZs can generate new and responsive modes of governance that the rest of India will selectively emulate to make the quality of its democracy as impressive as its inclusiveness. So far the portents are not reassuring.

Rob Jenkins is Professor of Political Science at Birkbeck College, University of London. He is currently a Visiting Senior Fellow at the Ralph Bunche Institute for International Studies at The Graduate Center, City University of New York. He is also a Non-Resident Visiting Scholar at the Center for the Advanced Study of India, University of Pennsylvania.