As Agribusinesses Proliferate, Who is Talking About Sustainability of Indian Agriculture? 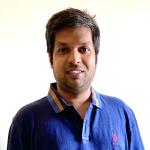 Farmers who have been protesting on Delhi’s borders since November 26, 2020 recently suspended their protests against the three farm legislations the Modi government claimed would reform India’s agriculture sector. Taken together, these laws—repealed during the ongoing winter Parliament session—intended to relax regulations regarding the purchase, sale, and stocking of agricultural products and enable written agreement-based contract farming in India. The underlying premise of these three laws, as private businesses involved in agriculture themselves have argued, was to enable private sector participation and investments in agri-food supply chains in the hope that efficiency gains will reflect in farmers’ income. While the laws have been repealed, the protesting farmers have called off their protests after the central government accepted a few of their demands, such as the withdrawal of criminal cases against the protesters, and agreed to negotiate with them for their other demands. The most contentious among them is the demand for a law guaranteeing the minimum support prices (MSPs) for their agricultural products, which are minimum prices announced by the central government for select agricultural products at which transactions are deemed to be remunerative to farmers.

While much ink has been spilled on the pros and cons of these contentious farm laws, discussions have been few and far between regarding the direction Indian agriculture needs to take if it is to become ecologically and economically sustainable to farmers. This is an important discussion, not just because these farm laws would shape Indian agriculture, but also because a distinct turn toward agribusiness-led development in agriculture had started taking root a few years prior to the enactment of these laws. The three laws merely intended to increase the pace of this ongoing change.

This shift to agribusiness-led development in agriculture can be seen in the continuation of a turn toward techno-entrepreneurial development in India that has taken off in the last decade, evident in the number of start-ups. According to ThinkAg, a platform dedicated to promoting investments into agri-tech start-ups, between 2018 and 2020, new technology-based agricultural firms in India attracted a record capital inflow of nearly $1.5 billion, the majority of which was from international sources. There now exist more than 600 agri-tech start-ups that interact with nearly 14 million farmers across the country. COVID-19-induced stay-at-home orders by central and state governments severely curtailed the movement of farmers and further increased their dependence on agri-tech firms’ activities, such as procuring directly from farm gates and the delivery of agricultural inputs to farms. These activities are monetized by such firms to achieve growth and scale to new markets.

During my fieldwork in 2021, the agri-tech entrepreneurs and investors I talked to differentiated agriculture as a sector from other sectors of the Indian economy, not just in terms of its rural situatedness, relatively less-developed infrastructure (including patchy internet connectivity despite the recent revolution in low-cost data), lack of avenues for monetization of their products and services, but, more importantly, due to its ecological basis. For instance, crops have a temporal cycle from sowing to harvesting, most agricultural products have a finite shelf life to be transported long distances, and there is an urgency for ensuring ecological sustainability of farming in the country. Yet, an overwhelming majority of the emerging agri-tech firms have concentrated on agricultural supply chains such as home-delivering agrichemicals to farmers and ensuring market linkage of agricultural products rather than day-to-day cropping operations and ensuring the sustainability of farming. While they speak about agricultural sustainability, they see it as a byproduct of interventions rather than a direct impact. As an agri-tech investor said to me during my fieldwork: “Sustainability, of course, is an outcome of the innovation that we see in the sector. But I would say it is more like a bonus than a targeted outcome…entrepreneurs, of course, want to build scalable business and investors want to make a return on their investment, but I would be very frank: no one is investing in the sector from a pure sustainability angle. I think that needs a very different kind of capital. Not the VC or a private capital, which is looking for gains of 30 percent IRR in seven years. If it generates sustainability, great. If it does not, it is also okay.”

Moreover, recent studies of developments in the digitalization of agriculture as a result of techno-entrepreneurial interventions from elsewhere (such as the United States) has argued that the recent technological and methodological changes brought about in agriculture are going to “shore up and intensify” environmental problems rather than solve them and it might lead to a “data grab” in addition to the ongoing land grab. Despite this, the Indian government is actively promoting techno-entrepreneurial development in agriculture. For instance, the agriculture ministry has released a draft framework called India Digital Ecosystem of Agriculture (IDEA) for promoting the digitalization of Indian agriculture. The question is why?

First, proponents of techno-entrepreneurialism are driven by ideologies of technological futurism and neoliberalism. During my fieldwork, I consistently observed palpable frustration amongst policymakers and influential agricultural economists about the incomplete process of the liberalization of Indian agriculture that started during the 1990s. Ramesh Chand, an agricultural economist in the NITI Aayog argued in December 2019 that agriculture, which was left behind in the 1991 reforms agenda, requires a “paradigm shift” for the economic betterment of farmers. According to Chand, it needs “advancement in science-led technology, enhanced role of private sector in both pre- and post-harvest phases, liberalized output market, active land lease market, and emphasis on efficiency.” The IDEA document also claims that digitalization is important for elevating Indian agriculture to “higher levels of efficiency and productivity.” The underlying premise of these statements is that Indian agriculture is inefficient and greater private sector participation, export-oriented growth, and use of digital technology will bring about greater efficiency. However, they fail to acknowledge that free markets do not work in agriculture for several reasons, one of which being that global agricultural markets are highly skewed as a result of hugely subsidized agriculture in developed countries of the global North. Also, they do not realize that technology-led developments in the past have led to the emergence of myriad problems that Indian agriculture is facing today such as soil degradation, depletion of groundwater, and increasing frequency of pest attacks.

Second, there is an inclination toward understanding agricultural development in continuation with developments in other sectors such as telecommunication and space. It is assumed that digitalization will transform agriculture in ways similar to other sectors. However, even though agri-tech actors are increasingly recognizing the ecological basis of agriculture, as previously mentioned, the masculinist techno-scientific approach toward agriculture continues; they stop short of recognizing that these solutions remain ignorant of their own power to change the material world in unimaginable ways and may engender unintended consequences as the history of industrial agriculture has repeatedly demonstrated from all over the world.

Finally, the dominant industrial sociotechnical regime fiercely opposes any moves toward an alternative understanding of reforms (such as “natural farming”) as a recent study has demonstrated from Andhra Pradesh. Recently, one of the world’s largest attempts to transition to sustainable forms of agriculture in Andhra Pradesh became the “target of lively criticisms orchestrated by the National Academy of Agricultural Sciences and the suppliers of industrial inputs (seeds, fertilizers, pesticides)” that it is a “regressive path” that will endanger the country’s food security. The affective structures generated by reliance on technology and progress need to be countered by alternatives such as natural farming, which may seem antithetical to science and progress to some in the agricultural bureaucracy. However, this remains an open question as to how this will happen if investments in alternative ways of thinking about sustainable agricultural futures are not made. As we note in a recent co-authored report on Indian agriculture, one possible way is for farmers to harmonize their demands for minimum prices with these alternative agricultural futures for a meaningful overhaul of the agricultural system in the country.

Nikhit Kumar Agrawal is a doctoral candidate in anthropology at UCLA.