“Privatizing Roads - A New Method for Auctioning Highways,” E. Engel, R. Fischer, and Galetovic, A. Public Policy for the Private Sector (Note No. 112)

“What ails the Highway MCA?” and “A Forward Looking Highway MCA,” Partha Mukhopadhyay, November 16, 2006 and November 18, 2006, The Financial Express

“Are Private Airports in India Ready to Take Off?” India Knowledge at Wharton, April 3, 2008. 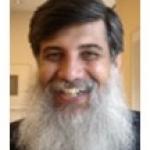 The primary purpose of physical infrastructure, even by a narrow economic viewpoint, is to support economic activity, while that of social infrastructure, such as education and healthcare, is to build and maintain human capital. Sadly, the infrastructure policy of the Indian government, both past and present, seems to be concerned with reducing fiscal costs, to the detriment of those two core objectives.

Traditionally, the government builds infrastructure by awarding works contracts to the private sector. These contracts are input based, with payment based on the measured use of quality-controlled inputs, as recorded by the supervisor. The private contractor has no responsibility for the project after a short ‘defects liability’ period, typically a year. Such contracts engender corruption, with the contractor using less and/or poorer material than is mandated and sharing the savings with supervisors and their superiors. This reduces project life and increases maintenance demands. Since maintenance funding cannot usually meet even normal needs, additional demands to compensate for the poor initial quality remain unmet. The result? Potholed roads, non-functional sewage treatment plants, burnt electricity transformers, et al.

Today, Public Private Partnerships (PPPs) are being touted as the way to build infrastructure (see Table 1 for the breadth of the use of PPP at the Central government level and across states). Appropriately structured, PPPs have the ability to reduce such corruption and increase private sector accountability. For example, integrating construction and maintenance into a single contract and making deferred payments conditional on long-term quality changes the incentives for the contractor. If s/he only gets paid if the road is good condition, it is in his/her interest to build a good road, to reduce lifetime maintenance costs. Consequently, users get better roads.

Government's basic obligation is to provide better services to consumers. When it uses PPP as its preferred strategy to fulfill this obligation, it has two main functions:

One is to design a contract that harnesses the profit motive of the private sector to improve consumer service rather than government revenue. The key here is to distinguish between transferring performance risk to the private sector, which is usually desirable, and transferring revenue risk, which may not be advantageous unless the private sector can influence usage. The contract must also retain the ability to enhance competition, if need be. In this context, the NHAI’s BOT-Annuity contracts for highways were an excellent start.

Two, it must develop good regulatory and/or administrative capacity to oversee sector performance, ensure that the private sector is adhering to the contract, and amend contractual relationships when required. That is to say, the private sector should be allowed to make better returns by improving efficiency but not cut costs by cutting corners. Also, over a 15-20 year period, it is quite likely that contracts will need amendments.

Unfortunately, in India, PPPs are being used mainly for additional financing – through revenue from user chargers – rather than better services or accountability. This does not imply that user charges are unnecessary, especially where the marginal cost of provision is significant, e.g., electricity, even water. However, this should not become a fetish, as it seems to have in roads, ports and airports. It is useful to consider the major sectors individually to illustrate this aspect.

In the National Highway Authority of India’s (NHAI) long-term Build Operate and Transfer (BOT) concessions, the concessionaire is obliged to build or expand and maintain a stretch of highway and may collect toll for the concession period, typically more than 15 years, a model adopted by states such as Madhya Pradesh, Tamil Nadu, Rajasthan and Punjab, among others. To meet the possible difference between the discounted value of toll collections and the project cost, the government offers upfront capital grant and awards the concession to the lowest bidder. Recently, the NHAI has received many negative grant bids, i.e., the private concessionaire has offered to pay for the right to build and maintain the road and collect tolls.

One interpretation of a negative grant bid is that the market’s expectation of traffic is higher than the government’s. If true, the road will become congested sooner. In a service oriented approach, the government would offer a new project redesigned for higher traffic flow, which could imply higher grants from the government. Instead, not only does the government accept the negative grant, but the concession agreement also has clauses that restrict the building of additional alternative roads in the future.

In ports, the government has used a maximum revenue share bid to award BOT concessions for facilities (mostly container terminals) at major ports (state governments such as Gujarat have formed joint ventures with the private sector to develop greenfield port sites and airports in Karnataka and Andhra Pradesh). Global port operators such as Dubai Ports World (DPW), AP Moeller-Maersk and Port of Singapore Authority have offered to share high proportions of revenue, typically between 30 percent and 50 percent. This clearly indicates that the tariffs allowed could be reduced without affecting the viability of capacity expansion at the port. This would reduce the users’ cost but the revenue share offered to the government would fall.

In airports, the Central government has used the same model to award concessions within a JV structure. Predictably, the new operators appears to be focusing more on growing retail business at airports – worldwide, airport retail and hotels are a major source of revenue – and quibbling over the definition of revenue while neglecting the expansion of passenger services.

This wrong-headed approach exists even in relatively successful sectors like telecom. Radio spectrum in India is linked to the license and is priced on the basis of the circle, a geographical area usually contiguous with a state. Instead, if the spectrum was de-linked from the license and defined and priced over much smaller geographical areas, such as districts or blocks, the fact would emerge that spectrum is in abundance in most of India and therefore almost costless, except for a few small geographical areas, in and around large metropolises. This would permit high prices – to provide incentives to economize spectrum use – to be limited to such areas and de-linking would enable trade of spectrum between operators. This, however, again runs the risk that the government’s revenues would fall, even though it reduces prices and increases telecom penetration across India.

In rural telecom, mobile operators submit minimum subsidy bids for space on common infrastructure towers. Many of these bids, too, have been negative. This, coupled with a 5 percent universal service levy on all calls has led to a surplus of Rs. 10,000 crore ($2.5 bn.) in the Universal Service Obligation (USO) Fund (See chapter 9 of the Economic Survey 2007-08. There have been recent demands to reduce the USO levy. After long using the telecom fund to subsidize the government owned operator by restricting rural telecom subsidies to wireline technologies, the government recently allowed wireless technology in this area. The government’s view of mobile phones as a luxury long outlived their adoption by low-income users.).

Despite this embarrassing excess, the government’s plans for improving rural digital access rely on a user fee model for 100,000 e-citizen service centers rather than use the Fund to expand broadband access, reduce user fee and thus hasten the adoption of digital media.

Thus, across different infrastructure sectors, the government is focused more on user fees to get commercial revenue than improving service.

Neither are the contracts themselves well designed. Technical specifications are often incomplete due to inadequate project preparation, leading to disputes and claims. The contracts include non-compete clauses that restrict additional infrastructure and inappropriate bid parameters, e.g., minimum capital grant bids that leave the government with little leverage and limit flexible responses to changes in circumstances (in situations where the concessionaire has little control over traffic, one option is to use Least Present Value of Revenue bids). Such non-compete clauses are forcing the closure of existing airports in Bangalore and Hyderabad, even though traffic has outgrown expectations and the new airports have poor connectivity.

There is little formal regulation in infrastructure, apart from electricity (where minimum tariff bidding has been used for Ultra Mega Power Projects) and telecom. The legislation for the airport regulator is still pending, even though the concessions have become operational. Nor is there a regulator for sectors like highways and water, where an institutional approach might be needed, given India's extensive PPP approach. The Tariff Authority for Major Ports (TAMP) is hamstrung, with a mandate limited to tariff fixation. DPW, which, after acquiring P&O Ports, now has seven facilities along the sub-continental coastline from Karachi to Vishakapatnam, has faced little regulatory oversight.

The government has, thus, failed in its second function too, that of developing regulatory and administrative capacity to manage its partnership with the private sector.

But it is not too late. To reorient India’s failed infrastructure policy, the government will have to reduce emphasis on user fee revenues and focus on providing cost-effective service to users. It must realize that infrastructure is not where you raise revenue; that is a function for taxes. Infrastructure is where you spend those taxes, which then generates more revenue through increased economic growth. For this, it will have to substantially alter its Model Concession Agreements (MCA) and foster a pro-competitive regulatory regime to balance its current overt concern for the profits of concessionaire. Unfortunately, it appears unlikely to do so, since it shows no signs of even realizing it has a problem.

Partha Mukhopadhyay is a senior research fellow of the Centre for Policy Research, New Delhi.