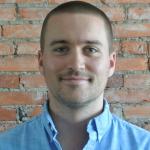 Two months ago, India conducted the largest democratic exercise in history. The 2014 General Election, enacted in nine phases over a five-week period, witnessed 553.8 million voters cast ballots to constitute the 16th Lok Sabha. The resurgence of the Bharatiya Janata Party (BJP) captured headlines and, in effect, diverted attention from a disconcerting growth in gross electoral spending. With an estimated $5 billion price tag, including a cost of nearly $600 million to the government exchequer, the recent election ranks among the costliest in the history of democracy.

Unprecedented growth in campaign expenditure complicates the formidable task of the Election Commission of India (ECI) to curb the role of “money power” during elections. Over the past five years, the Commission revamped efforts to monitor and control the campaign expenditure of individual candidates. The consequences of these reforms were evident when I recently tailed a parliamentary candidate during the campaign. More stringent monitoring protocols compelled candidates and their campaigns to develop new techniques to skirt regulation or, when possible, to capitalize upon its lapses. While concerted efforts by the Commission have, in fact, dampened a candidate’s ability to spend freely, a limited focus on candidates without concurrent efforts to limit party expenditure is rechanneling campaign finance through the coffers of political parties and, in effect, leaving intact the primary source of exorbitant spending.

Present regulations stipulate that candidates open separate bank accounts that consolidate all campaign-related expenditure, including those incurred by coalition partners and party workers canvassing in their name. Upon filing nomination papers, the Commission provides candidates with a district-specific rate card for common expenses ranging from individual plastic chairs, party flags, and digital banners to vehicle and audio-equipment hire. To monitor discrepancies between declared and actual expenses, the Commission maintains a near ubiquitous presence on the campaign trail and regularly videotapes public rallies and processions. An expense monitoring team reviews video footage to assess the gross cost, tallying a near exhaustive list of items and then recording these expenses on a shadow register maintained for each candidate.

On the campaign trail in Tamil Nadu, I observed a lavish procession led by auto-rickshaws fitted with party flags and PA-systems followed by an interminable succession of SUVs and motorcycles that writhed through congested urban streets. On that same day, the Commission reviewed video footage and assessed the rally at ₹2 lakh. A few weeks later, the pinch of video monitoring was particularly evident when the candidate began waving off convoys of SUVs, concerned that their presence might tip his declared expenditure over the legal limit. Although conservative estimates place the expenditure of candidates in major parties upward of several crore, the invasive presence of video monitoring teams curbs the once commonplace practice of grossly under-declaring expenses for public events.

Skirting Regulation
While video surveillance prevents a gross under-declaration of expenses incurred through public rallies, it leaves quotidian aspects of campaign finance easily manipulated. For example, spending often begins well before filing nomination papers, which is when the Commission officially begins tallying candidate expenditure. Then there’s the matter of print advertisements. One campaign worker suggested, “If each batch of notices were accurately declared, that alone would comprise the majority of a candidate’s ₹70 lakh expenditure limit.” Indeed, batches printed in the tens of thousands or even lakhs are formally declared as one thousand or even five hundred. On a separate occasion, a coy party worker informed me that although Commission checkpoints conduct routine stop-and-search procedures on motor vehicles, sometimes even disassembling side-door panels, they generally neglect to search pockets, enabling a single individual to smuggle up to 4 lakh rupees in ₹1000 notes.

In addition to routine infractions, candidates remain one step ahead of the Commission by exploiting lapses in campaign finance regulation. In recent years, campaigns have spread well beyond the campaign trail and, in effect, beyond the purview of present regulation. The recent election witnessed an unprecedented level of digital canvassing as campaigns tapped into social networks and messaging services. Indeed, my cellphone routinely sprung to life as party propaganda raided the airwaves via mass voice messages. Digital canvassing remains a gray area the Commission has yet to effectively monitor and it’s hardly surprising that, as projected by the Associated Chambers of Commerce and Industry of India, expenditure on it may have exceeded ₹500 crore, or nearly $100 million, in the recent election.

Firsthand accounts from the campaign trail are replete with examples of how campaigns skirt finance regulation or capitalize upon its loopholes, yet the aggregate cost of these infractions is far from tipping the scales of the recent election’s $5 billion price tag. While recent initiatives such as video monitoring have, in fact, hampered a candidate’s ability to spend freely, the absence of similar protocols applied to political parties blunts any relative gain. In order to maintain the appearance of clean balance sheets, campaign expenses are increasingly (and legally) forwarded to the party exchequer for which no limit has been imposed on gross expenditure.

Rechanneling Campaign Finance
The Election Commission classifies lawful campaign spending as either candidate or party expenditure. While candidate expenditure is capped at ₹70 lakh in most parliamentary constituencies, party expenditure remains unconstrained. Even though candidates manage to shave lakhs, or even crores, from their expense reports through under-assessment and regulatory lapses, declaring campaign costs beneath the lawful limit has proven exceedingly difficult under the watchful, and now recorded, gaze of the Election Commission. In order to keep expenditure sheets in the green, campaign expenses are increasingly channeled through political parties. The Commission operates with a procedural distinction between candidate and general party canvassing. For instance, even though a candidate may feature prominently on the dais at a public rally, as long as his or her name, constituency and photograph are not mentioned or displayed, the political party absorbs the entire cost of the event.

The impact of this regulatory lapse was evident during the campaign. For example, when an iconic party boss convened a rally assessed at ₹10 crore, replete with gothic archways and colossal cutouts that stretched toward the horizon, eliding mention of the candidate’s name and constituency spared his expense report of this hefty sum. As candidate expenditure confronts increased scrutiny, campaign expenses are migrating to party exchequers for which stringent controls are notably absent. The effect is, ironically, to reduce the active role of candidates within their campaigns while incentivizing personality-driven politics, the use of so-called “star campaigners” ranging from party bosses to A-list celebrities whose costs can be absorbed by party coffers. Moreover, this reliance on party funds yields an inequitable playing field, enabling wealthy parties to dictate the terms of coalition politics.

The perennial tussle between candidates and the Election Commission is not simply a game of cat-and-mouse with sly politicians racing one step ahead of flustered electoral monitors. Candidates do not merely skirt regulation; they operate within its lapses. As campaigns are, at least ostensibly, about candidate selection, capping candidate expenditure, while extending a blank check to political parties, inadvertently sidelines candidates while leaving untouched the primary source of exorbitant spending. Although corresponding checks on party expenditure will invariably provoke a rattling of sabers within the political establishment, the rechanneling of campaign spending through party coffers presents a clear impediment for fair elections, not to mention a disquieting forecast for smaller parties populating India’s expanding democratic arena.

Michael Collins is a Doctoral Candidate in the Department of South Asia Studies at the University of Pennsylvania.