"In the Cyclone-Battered Sundarbans, Commercial Aquaculture is Preying on Poverty for Profits," Megnaa Mehtta. Scroll.in, March 22, 2022

The Production of Vulnerability: Generating Aquaculture Profits by Preying on Poverty in the Sundarbans 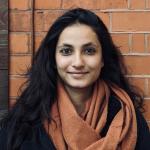 As the Bay of Bengal experiences more frequent cyclones, villages devastated by the ingress of saline water are becoming attractive sights for private businessmen interested in expanding commercial shrimp aquafarming. While small-scale shrimp farming has been a source of income for rural residents of deltaic Bengal for several decades, a particularly striking feature of the current expansion to more intensive and commercial aquaculture is that private owners are targeting already disadvantaged groups of society who, as a result of their distress, become obliged to lease their land for saline water aquaculture. This transition from paddy cultivation to aquaculture becomes the first step toward the further production of long-term vulnerability. Shrimp aquaculture is promoted as an adaptation strategy in the cyclone-prone areas of the Bay of Bengal. Evidence from coastal villages in Bangladesh and Orissa shows how, alongside destruction to the ecosystem, intensive shrimp aquaculture leads to the further immiseration of poor landowners.

Disasters Foretold
Longitudinal studies of the impacts of shrimp farming from both Bangladesh and Orissa uncover how, alongside an increase in national foreign currency through shrimp exports, shrimp aquaculture has led to the widespread displacement of some of the most vulnerable members of rural communities in coastal areas while also causing immense negative impacts on local ecosystems. Shrimp production in Bangladesh has risen from 14,773 tons in 1986 to 132,730 tons in 2016 and the land area under shrimp farming has increased from 272 square miles in 1986 to 1,064 square miles by 2016. Such a rapid expansion, and the creation of shrimp-farming chambers, has resulted in the cutting down of mangrove forests. These salt-water chambers have, over the years, led to deteriorated soil quality irreversibly changing land-use patterns. Shapan Adnan shows how in Bangladesh, international banks and development organizations were behind the promotion of commercial shrimp production, which accompanied with it land grabs dispossessing poor peasants. Such support from donors and bourgeoning public-private partnerships emanate from the fact that commercial shrimp aquaculture is paraded as an adaptation strategy. Kasia Paprocki and Saleemul Huq write that the underlying logic is to “transform the hazards of growing coastal vulnerability and rising soil salinity into an opportunity for market growth and export-led development.”

However, the story of market growth and profit-led development hides a story of immiseration as a recent case-study from Orissa by Vasudha Chhotray and Joe Hill reveals. Their study of recovery after super cyclone Ersama in 1999 shows how aquaculture is not only a poor adaptation strategy but, in fact, invites and exacerbates disaster. Large quantities of saline water during cyclones, storm surges, and floods destroy shrimp larvae. Furthermore, the effects of pesticides, fertilizers, soil, and water treatment chemicals and antibiotics used to contain viral outbreaks have several adverse health and ecosystem hazards. Disease outbreaks of bacteria and viruses not only leave farmers at the mercy of global capital’s booms and busts but have forced farmers to abandon farms and entire swathes of erstwhile fertile land. In echoing the situation in Bangladesh, Chhotray and Hill describe a similar scenario of how state-led development toward aquaculture farms leads to widespread cyclical immiseration and the emptying out of landscapes deemed as unproductive, only to further exacerbate unproductivity. Such market-led adaptation narratives are a false veneer for further immiseration. The State is complicit in the impoverishment of farmers as well as the degradation of the coastlines as it embraces commercial aquaculture for corporate interests. Examples from within West Bengal itself also foretell disasters. In the North 24 Parganas district of West Bengal, several aquaculture farms, due to the vicissitudes of the global market, disease outbreaks, and price fluctuations have now been converted into brick-kilns leading to even more acute forms of environmental damage with irreversible changes in land-use patterns.

Preying on Poverty
In the southern most coastal villages of West Bengal, shrimp aquaculture accompanies another even more alarming trend. In March 2021, during a visit to a coastal village in the South 24 Parganas, I discovered that the most disadvantaged households were the ones that were being convinced to lease their lands for shrimp farming. Kalidaspur—the names of people and the village are being kept anonymous—is a predominantly Muslim neighborhood on an island in Gosaba Block. I met Idris Sheikh, a middle-aged man who has been a paddy cultivator for the past twenty-five years. His homestead is located on the side of an island facing heavy erosion; a recent breach in the embankment after the super cyclone Amphan in 2020 led to an ingress of salt water. At the time of our meeting, almost a year after Amphan’s destruction, he was in the process of readying his land for shrimp aquaculture and had been approached several times by a “businessman from Siliguri” to lease his land (along with several other neighboring homesteads) for farming vannamie shrimp, a variety of shrimp that has seen an export boom in the recent years. The man from Siliguri was in search of 100 bhighas (20 acres). The lease duration was to begin with five years, but could be extended. Sheik had been skeptical about converting his farmland and homestead sweet water pond into saline water chambers. While his land’s productivity had already diminished due to the ingress of saline water after the cyclone, leasing his land for aquaculture would mean no longer being able to grow paddy or any other vegetables. Vannamie shrimp feeds the tastes and demands of the Global North—exports travel to the US, China, the E.U, and Japan, along with several other South East Asian countries—but it does not add to the local food systems or improve the nutritional intake of the rural poor. This form of monoculture and breeding one species of shrimp has dangerous implications for the long-term resilience and adaptability of coastal ecosystems.

Sheik refused the man’s offer. At the time, he had been offered Rs. 4,000 per month, per bhigha. A year later, the Siliguri businessman returned and upped his offer to Rs. 6,000 per bhigha. Despite the long-term disadvantages of vannamie cultivation, the distress caused by the repeated cyclones, conjugated by the precarity brought on by the COVID-19-induced lockdowns meant that Sheik, his brothers, and neighbors were unable to refuse the offer.

Kalidaspur is one of the poorest neighborhoods within the island. The social indicators of the fifty odd homesteads in the neighborhood reveals a disturbing trend. Thirty-four of them live on government owned land on which they have squatter rights (khas jameen), twelve households have land titles (ryoti jameen), and eight households belong to Scheduled Caste (SC) fishing communities (jheley baggdi and tetul bagdi).

Muslim households in Kalidaspur, as is the case across the Sundarbans islands, have “minority status” but have not been included in the SC category. Despite extremely poor socio-economic indicators, these households do not receive any welfare benefits afforded to other disadvantaged groups. It is precisely the neighborhoods’ poverty and the destruction caused by cyclone and storm surges that makes them attractive for private businessmen. Sheik and his neighbors are being targeted for their perceived desperation, making it easier to convince them to convert their land into salt-water chambers. Kalidaspur is just one example in the rapidly changing landscape of West Bengal, where a form of disaster capitalism is unfolding and some of the most socially and economically disadvantaged communities are being taken advantage of due to their pre-existing distress.

While shrimp aquaculture might be a short-term adaptation strategy, long-term adverse effects, such as the contamination of drinking water sources as salinity seeps into ground water and several environmental hazards accompanying aquaculture, will lead to further immiseration. Alongside cyclones and storm surges in the Bengal Delta, profit-driven commercial farming that preys on poverty and vulnerability, while parading as a form of adaptation, will only cause further destruction.

This article is the second in a set of guest-edited IiT short series. The articles in this series seek to make sense of India’s multi-scalar response to climate crisis in four distinct ecological regions. India’s first-ever climate change assessment report, published in 2020, found that the intensity of droughts increased between 1951 to 2016 and that water stress, due to both flooding and loss of ground water, has exponentially risen over the previous decades. There is increasing pressure at the state and local municipal levels to come up with mitigation plans coupled with increasing global pressure on India to declare a zero-emission target. At the same time, on the ground-level, political, communal, and ethnic violence has increased in areas that are increasingly “disaster”-prone. This series will map how the effects of extreme weather are manifesting themselves as market-oriented transformations of the agrarian and forest economies, leading to various kinds of ethnic fissures and political violence around the question of land in the Ganga Brahmaputra region.
(Guest Editor: Debjani Bhattacharyya, History Department, University of Zürich)