A Case for Worker-Centric Platform Economy in India (Part 1) 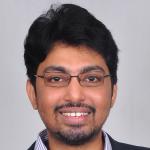 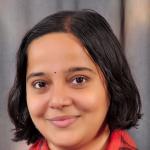 The COVID-19 crisis brought the woes of Indian platform workers into sharp focus, as the lack of labor rights—regulated work hours, minimum wages, data rights, and social protection—exacerbated the precarity and insecurity of their work. As the lockdown was implemented in major cities, digital delivery platforms became all-purpose pick-and-drop services in response to surging demand. From our fieldwork in southern India, we observed that platform workers often had to pay out-of-pocket for safety equipment such as face masks and hand sanitizer, in addition to fuel and vehicular maintenance expenses. Sometimes they substituted makeshift masks made of cloth in place of medically certified face masks or head gear and wore no gloves. In the absence of specific policies and guidelines, some Indian platforms designed perverse incentive mechanisms such as the promise of one-time insurance payments against health risks and continued to extract longer work hours from their employees. For many, opting out of such work was not conceivable due to their stressful financial conditions.

Against this turbulent backdrop, the vision of India’s new industrial policy discussion paper to utilize digital expansion to drive employment generation can only be analyzed with cautious optimism. The growing concern is that the institutional architecture of regulating digital platforms is not yet in place. In this two-part series, we discuss problems specific to digital platforms in India and the type of regulatory framework required to ensure labor rights. In the first part, we flag three main structural problems Indian platform workers face. The second part explores the role of institutions in creating a regulatory framework for digital platforms so that an expanded set of worker rights, including data rights, are available to platform workers.

Understanding Structural Conditions
As Nick Srnicek defines in his book, Platform Capitalism, digital platforms are many-sided market places that bring service providers, consumers, and workers together with a common set of tools to match supply and demand in an efficient manner. The Indian government defined platform workers and aggregators for the first time under the new Code on Social Security Act 2020. In the Indian context, the structural conditions of the economy exacerbate the problems inherent to platforms. As the Economic Survey 2018-19 indicates, an average Indian firm employs only 40 percent more workers, even after four decades of existence, than it did when it was less than five years old. The second feature is the high level of precarity and insecurity of work that is related to informality. In the country brief Inclusive Future of Work (2019), the International Labour Organization (ILO) estimates that despite having a high weekly work week of 50 hours, 77 percent of Indian workers are vulnerable. Furthermore, about 92 percent of workers are in the informal sector where there is no written contract or social security.

In this context, the Government of India’s Ministry of Electronics and Information Technology identified investment in digital economy as a source of economic growth and secure employment capable of generating a revenue of $1 trillion and 65 million jobs by 2025 in the report “India’s Trillion-Dollar Economy.” According to a background note on the national conference on gig economy compiled by the Associated Chambers of Commerce and Industry of India, platforms form an important part of this equation with over 15 million freelance service providers in India. Like their counterparts elsewhere, Indian platform workers confront the issues of algorithmic control of work, absence of collective bargaining, minimum wages, regulated working hours, and social security. From a regulatory viewpoint, Indian platform workers face three main structural issues.

Problems of Platform Workers
The first issue is that of regulation of platform investment. In India, digital platforms are not regulated under well-defined and uniform guidelines. In order to protect offline retail stores that are the source of local employment, India treats online and offline medium as well as domestic and foreign entities differently. This differential treatment has hampered the vertical integration of digital platforms affecting storage and last-mile delivery of goods and services. It has also delayed connecting small traders with online markets. The right type of regulation, with respect to investment related to back-end infrastructure, employment generation, local suppliers, and data protection, can foster the growth of the digital economy by creating a level-playing field with accountability. The draft national e-commerce policy 2019 is a step in the right direction, but India needs to think imaginatively to include international players while protecting domestic entrepreneurs and local interests.

The second issue is that of skilling workers. In the ILO report “World Employment and Social Outlook 2021,” India is identified as the largest supplier of platform workers with 20 percent of the global share. Among outsourced work from developed economies, Indian workers were concentrated in software and multimedia sectors involving clerical jobs such as data entry and general professional services, which are low-skilled and prone to automation. In the non-outsourced type of work, most platform workers were engaged in taxi and delivery services.  Most importantly, compared to other countries, India’s labor share of women was uniformly low in all occupational categories including online web-based platform work and female-dominated sectors such as writing and translation. Clearly, there is an urgent need for reskilling and upskilling workers, as well as targeting specific groups of workers, such as women, if digital platforms have to continue as sources of equitable, well-paying, and secure jobs. The role of the private sector in skilling, reskilling, and upskilling of workers, along with career counseling and mentoring, is inevitable if India is to make use of the high-end of digital platforms.

The third issue is that of social protection. India has recently reduced the existing 44 labor laws into four labor codes. Among the labor codes, the Code on Social Security Act 2020 identifies platform work as a category of employment and calls for platform companies to contribute 1-2 percent of their annual turnover or 5 percent of wages (whichever is lower) to the workers’ social security fund set up by the government. However, as Lakshmee Sharma notes in her article, “A Secure Future for Platform Workers,” the bill advocates social protection to be divided between the platform firms and the national government without clarity on the method of delivery. Additionally, platform firms provide upfront credit for prospective workers to invest in assets related to platform work, which then becomes a debt trap.  Regulating platforms must therefore look into social protection and credit access as part of the same continuum.

At the juncture of structural transformation that is underway in the Indian economy, the larger question regarding platforms is what kind of growth and what type of jobs are we looking at? Can platforms grow as a steady source of good quality employment for the urban poor while serving the burgeoning middle and upper classes? Answering this question affirmatively engenders regulating investment, skilling workers by involving the private sector, and defending labor rights with respect to credit access and social protection.