"All in the Name of the Farmer," Mekhala Krishnamurthy. The Hindu: Business Line. January 2, 2012

Agmarket: A Step Towards Globalisation of Indian Agriculture. Ministry of Agriculture, Government of India

In the Name of the Farmer 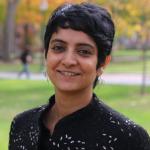 Primary wholesale markets, or mandis, are critical nodes in India’s agricultural marketing and distribution system. As such, they are key elements of contention in vital debates regarding the future of Indian agriculture, the challenges of ensuring food security and managing food inflation, and to growing questions about the character and control of the nation’s diversifying foodways. Established under different State Marketing Acts and managed by locally constituted Agricultural Produce Marketing Committees (APMCs), mandis are the most important sites for the regulation of the crucial “first transaction” between farmers and the initial buyers of their produce.

The problem, according to its many critics, is that instead of protecting the interests of primary producers, mandis have thrived under a politicized and restrictive regulatory framework, strengthening mercantile control and collusion, while leaving both farmers and consumers worse off on either end of fragmented and inefficient supply chains. The solution, increasingly supported at the highest levels of policymaking, demands that states revise their APMC Acts to allow direct investments by Indian and global corporations to transform this sector. Strong voices have equally risen in opposition. They argue that moves to open up these markets, while championed as the answer to India’s ailing farmers, is nothing short of the wholesale handover of agriculture to global agribusiness giants, crushing local control and economic opportunity for millions of small farmers, traders, and retailers.

Unfortunately, while farmers are frequently invoked in high-profile policy debates, this is rarely followed by an acknowledgment of the diverse and differentiated agrarian contexts, commodity systems, and marketing dynamics with which they constantly grapple. Diversity and complexity may not score points in polarized debates, but the failure to adequately grasp their importance also reflects the limited body of grounded empirical research that exists on this critical sector of the economy. This is especially so since agricultural markets are not easily analyzed from afar or powerfully illuminated from available statistical data. Understanding how these disparate and dynamic markets operate therefore requires close engagement within particular regions, regulatory regimes, and market sites.

My research traces three decades (1980-2010) of agricultural marketing reforms in Madhya Pradesh (MP) and follows the diverse experiences and effects associated with their implementation on the ground. In order to study these large and complex changes in detail, I conducted eighteen months of ethnographic fieldwork in one mandi, located in the town of Harda in a predominantly soybean and wheat-growing district by the same name. Three key observations from the field might add a productive perspective to the ongoing debate on APMC reforms.

A key provision of regulated marketing is that farmers should be free to sell to the highest bidder in a competitive market, a provision premised on the de-linking of agricultural credit from commodity marketing. In reality, most farmers must contend with a range of “interlocked transactions,” affecting their choice of who, where, when, and at what price to sell. This is true across different regions and commodity markets. These linkages also shape the organization of markets, especially the distinct forms of intermediation that emerge and the extent of resistance against efforts to regulate or remove them. Within the mandi system, specialized commission agents, commonly known as kacha arhatiyas, have long been critical sources of rural credit, linking recovery to ties with farmers, managing the sale of produce for a fixed commission.

In Harda, where the kacha arhatiyas were forcibly removed from the mandi as far back as the early 1980s, their “revolutionary” eviction is attributed to concerted political action by the State Government. Their elimination from the marketing system, however, was enabled by substantial public and private investments in agricultural production; in this case, the spread of canal irrigation and a new cash crop, soybean. As production grew and new commodity systems took hold, the composition of traders in the mandi changed as the old commission agents exited, while a significant number of farmers were able to access formal and informal sources of credit untied to their grain. In contrast, when mandi functionaries, tried to replicate this success in the local market for fresh fruits and vegetables, the arhatiyas were briefly disrupted but could not be dislodged. In the absence of concomitant systemic changes, the commission agents returned to run the auction while they continue to control the sabzi mandi through credit advanced to both sellers and buyers in this market for perishable produce.

Improvements in production and farm income do not automatically transform power relations inside the marketplace. In all markets, power is continuously expressed and negotiated in the conduct of concrete marketing processes and through different materials and technologies. Over the last ten years, Harda mandi has seen a dramatic upgrade in market infrastructure and the improvement of systems, most notably the installation of one of the first electronic weighbridges in the state of MP. This move drastically reduced grain theft due to manual weighing malpractices and cut farmers’ waiting times. Most recently, Harda has developed an SMS-based registration system to manage heavy arrivals and mandi management during government wheat procurement season. Importantly, these yard-level reforms were spearheaded by dynamic mandi leaders, including an elected APMC Chairman and experienced Mandi Secretaries. They also could not have been implemented without the creative efforts of permanent local functionaries, interestingly, almost all appointed when traders exercised a greater grip on the mandi, which until recently was a far cry from today’s “model” APMC. Strong leadership along with the staff’s deep practical knowledge of market processes and social dynamics facilitated the implementation of difficult micro-interventions on the ground. Once in place, farmers’ expectations and agitations have ensured that these practices are routinely maintained and monitored.

In Harda, the impetus to improve market infrastructure and processes has not simply emerged from local initiative, but in active response to competition. Over a decade ago, MP was one of the first states to amend its APMC Act to allow private, single-buyer yards to be established outside the mandi, allowing ITC to roll-out its well-known e-choupal initiative and directly procure commodities from farmers within its network. This decision met with great resistance from traders, but as the hubs began to work, both mandi functionaries and traders in Harda admit that they felt pressure to upgrade their systems. Importantly, this has improved marketing conditions for all farmers, including smaller producers who ITC has generally found harder to reach under its network, but are more likely to sell their soybean and wheat in the mandi.

A closer analysis also brings out a fundamental difference between mandis and private procurement channels. For instance, since ITC necessarily operates its choupals according to the corporation’s changing business strategy, its procurement volumes change from season to season, and in some years may barely make an appearance in a particular market. Choupals also essentially function as post-harvest buying locations, procuring a single commodity at a time on the basis of variety and quality specifications. What is true for ITC is also true for government wheat procurement operations, which are limited in duration and location, and vary in volume. In contrast, the mandi stands out as the only physical marketplace currently open to all farmers around the year, dealing simultaneously with the sale of multiple commodities of variable quality by bringing together a range of licensed buyers of different sizes in an open auction.

We must, therefore, not make the mistake of conflating single-buyer hubs with regulated market yards, but better understand their different roles and reach. Thus, while enabling greater choice for farmers certainly requires opening up new options, it equally requires the strengthening, not shutting down, of older but constantly evolving ones.

Mekhala Krishnamurthy is a Postdoctoral Research Fellow at CASI. She can be reached at mekhala.krishnamurthy@gmail.com