The Problem with “Women’s Entrepreneurship” 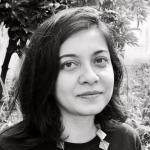 Writing about the “gender order of development” ascendant in the new millennium, UCLA professor Ananya Roy notes that neoliberal ideologies and austerity politics have now made space for a liberal self that sees poverty and wants to act on it. The figure of the abject Third World Woman on the brochure covers of non-profits has been succeeded by an empowered subject of global development. This woman is entrepreneurial and agentive. She can avail of microfinance loans to the betterment of her community. She might also represent herself appealingly on the website of the global microfinance group Kiva. This focus on women to turn entrepreneurial, create value, and alleviate poverty marks a feminization of policy. Roy writes that this turn in global development marks the “ways in which development operates through women–oriented policies that serve to maintain traditional gender roles of social reproduction.” During my fieldwork in Bangalore, I witnessed firsthand how this “gender order of development” shapes the competitive entrepreneurial world of startup capitalism, too. Women are to turn entrepreneurial even within a social order that still expects them to perform household work, reproduce caste and class, and prepare families for school and work.

Fitting Women into Masculine Structures
This emphasis on empowering women without altering a larger social structure plays out in at least two ways. In the first, women were forced to compete for funding in male-dominated startup worlds. For example, at a startup festival in Bangalore, I attended a pitching session in which entrepreneurs briefly described their companies and ideas to a panel of funders. Women stood up to pitch their companies—a math game for children, a human resources consulting initiative for those looking to re-enter the workforce, an idea for party games. They were met with tepid responses from the funding panel. “Don’t invent for a need that exists; create the need and the desire!” they were told. Funders were looking for projects that could scale, become hugely successful, and could generate enough hype to create their own markets rather than cater to existing ones.

The women took diligent notes and reflected on how they might reshape their enterprise. But the problem was not the idea itself; it was that startup entrepreneurship is a masculine space. It demands mobility across the spaces of innovation, networking, and leisure that constitute the startup world. When funders asked questions—whether at innovation labs or pitching sessions—they wanted to know how an idea could scale and how many waking hours entrepreneurs could devote to their business. Meanwhile, women entrepreneurs had their days curtailed on both ends. Several of them raced home before the networking events in the evening to look after young kids and worked odd hours with their collaborators to accommodate the labor of maintaining the heterosexual middle class nuclear family.

Focusing on Individual Empowerment
The second way in which the general question of “women’s entrepreneurship” was taken up as a challenge is through dedicated training and mentorship. For instance, the reputed IIM has targeted training programs for women entrepreneurs. Goldman Sachs has a global program, run as an online course, to equip women with “practical tools and knowledge to help you successfully manage the demands of growing your business.” Here, entrepreneurs are afforded the ultimate flexible options of skilling and re-skilling themselves: a key part of neoliberal economies that require us to prepare ourselves for ever-changing market conditions. Once participants choose their course, they are offered options to bring their learning to bear on their specific situations and ideas. For example, in a “Grow Your Business” module, those who sign up (it’s free) can learn how to identify a good opportunity, select a growth opportunity, and note who is geographically proximate to them on a map. Each module allows the user to learn new concepts and apply them to one’s own burgeoning ideas.

If the competitive male-dominated world of startup capitalism did not recognize women as entrepreneurs, the targeted efforts of women-only groups focus on individual empowerment and skills with a similar discounting of the larger structures within which women are supported in their efforts to be recognized as entrepreneurs or to be funded. Programs seek to connect women with each other and to create avenues for them to teach other aspiring women. During fieldwork in Bangalore, I met women from an informal women’s networking group who conducted similar training sessions for each other. In one session, one woman taught a group how to make a spreadsheet over a breakfast meeting. In another, local women-run businesses organized a day of pop-up events in a specific neighborhood to spur consumption. Social events like parties and disco nights doubled as networking opportunities. Everywhere, it seemed as though leisure and work were bleeding into each other to commoditize work and produce the woman entrepreneur as an entrepreneur in all aspects of her life.

Women participating in these formal and informal programs are expected to already have the wherewithal to enter a wider world of entrepreneurship that requires dedicated time, energy, and the ability to scale. Individuals are empowered and they empower each other. University of Toronto professor Michelle Murphy writes about entrepreneurialism within neoliberal economies as a cultivation of human capital: each of us is believed to have a latent potential that can be developed to produce economic value.

As long as women’s work in the home (the work of social reproduction) is not recognized and compensated as labor, women are considered a latent labor force who need to be cultivated to produce value for the economy. What if the efforts toward women’s entrepreneurship were instead redirected to valuing existing forms of labor—the labor of care work, of kinship, of social reproduction that are so deeply gendered in ways that COVID-19 has made abundantly clear? My research found multiple ways in which gendered labor upholds and makes possible the ability for some entrepreneurs to dream about an innovation that changes the world while others are relegated to perform the labor to sustain and support it. Rather than training women to compete in this impossible economy of high valuation and burnout or sequestering them in women-only groups that work through the individual, we need to re-evaluate how we assign value to different forms of work and how the ethos of do-what-you-love can be fulfilled outside of market exchange.

Hemangini Gupta is a Visiting Assistant Professor of Gender, Sexuality, and Feminist Studies at Middlebury College.