"Weight Gain During Pregnancy: Reexamining the Guidelines," Institute of Medicine. May 28, 2009

"Economics and Patriliny: Consumption and Authority within the Household," Rajni Palriwala. Social Scientist. Vol. 21, No. 9/11. 1993 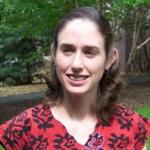 Healthy mothers give birth to healthy children who grow up to be productive adults. By contrast, women who begin pregnancy too thin and do not gain enough weight during pregnancy are far more likely to have low birth weight babies. In India, low birth weight is the leading cause of neonatal mortality, or death in the first month of life. Indeed, neonatal mortality accounts for about 70 percent of infant deaths in India—and is far higher than would be predicted by India’s GDP. India’s high neonatal mortality rates is a symptom of widespread maternal malnutrition.

How does India fare on important indicators of maternal nutrition, such as pre-pregnancy body mass and weight gain during pregnancy? My recent research finds that 42.2 percent of Indian women are underweight at the beginning of pregnancy. This means they have a body mass index score (BMI) of less than 18.5, which is the Food and Agriculture Organization’s cutoff for chronic energy deficiency. This is an extremely high rate of underweight among pregnant women, even relative to poorer, less developed regions of the world; only about 16 percent of women in sub-Saharan Africa are underweight at the beginning of pregnancy.

Not only are Indian women too thin when they begin pregnancy, they do not gain enough weight during pregnancy to compensate for low pre-pregnancy body mass. Women in India gain only about seven kilograms (fifteen pounds), on average, during pregnancy. This is far too low to produce a healthy baby; it’s only about half of what the US Institute of Medicine recommends for women in the United States. Unfortunately, this topic has been studied very little by Indian researchers and by the government; no national guidelines for weight gain during pregnancy are available.

Poor maternal nutrition has serious consequences for the health and human capital of the Indian population. It leads to low birth weight, and is likely an important reason why Indians are among the shortest people in the world. The fact that Indian children and adults are so short is a sign that they are not achieving their cognitive potential. Researchers now understand that the same early-life health processes that stunt child height also affect the development of their brains. Children who are stunted are less likely to be able to read, and grow up to earn lower wages than taller people. Thus, maternal nutrition, low birth weight, and stunting are not only health issues, they are also economic issues.

Why are pregnant women in India so poorly nourished? One important reason is because, as young women living in a patriarchal society, they have very low status in their households. While over 40 percent of young women who get pregnant are underweight, a smaller fraction of middle-aged men—about 25 percent—are underweight. If food and work were shared equally between family members within households, we would expect to see similar fractions underweight for these different demographic groups. Instead, many prior studies confirm that young, newly-married women are often treated poorly by their own family members and are expected to be self-sacrificing, do hard work, and eat little. Although there is important regional variation in women’s health, and in a number of measures of gender inequality in India, with the South outperforming the North, improvements in women’s status would likely result in better child outcomes everywhere.

My recent research, with Reetika Khera and Dean Spears, on joint households in rural India, provides further confirmation of the importance of intra-household status for nutrition. It finds that daughters-in-law married to the younger brother in a joint household are thinner than daughters-in-law married to the older brother due to the fact that women married to the older brother have higher intra-household status than women married to the younger brother. This research shows an effect of social status on maternal health in a way that is unlikely to be confounded by other factors. It also finds that poor nutrition in pregnancy is one way in which the low social status of women can affect the health of the next generation.

The fact that poor maternal nutrition is related to social hierarchy and the low social status of young women in Indian households makes it a very difficult issue for the government to address. Changing how husbands treat their wives, how mothers-in-law treat their daughters-in-law, and whether women stand up for their own and their infants’ health will not happen overnight. However, the costs of taking a business-as-usual approach to poor nutrition in pregnancy are simply too high to ignore.

An important first step in addressing poor maternal health is to measure it. India has not had a National Family Health Survey (NFHS) for ten years. Thankfully, a new NFHS is being carried out right now, but in order for these surveys to be more useful, they must be implemented regularly. Bangladesh, for instance, carries out a similar health survey every three years. In addition to conducting a regular NHFS, India should implement a continuous national monitoring system to track a representative sample of women throughout pregnancy and delivery. Such systems are in place in other countries, and cost very little. With a continuous monitoring system in place, the government could more easily experiment with new maternal health programs, such as maternity entitlements, and see how birth outcomes respond.

Under the National Food Security Act, pregnant women are entitled to receive 6,000 rupees in maternity benefits. Unfortunately, it has been more than two years since the NFSA was passed, and maternity entitlements have not yet been implemented. This is a missed opportunity to begin addressing India’s abysmal maternal nutrition. Although it is not likely that maternity entitlements could reduce the prevalence of pre-pregnancy underweight, a well-designed maternity entitlements program might help improve weight gain during pregnancy. The government should experiment with pairing education about the importance of weight gain during pregnancy, and put pressure on families to take better care of pregnant women, with a lump-sum, unconditional cash transfer to women as early in pregnancy as beneficiaries can be identified (when it could still potentially be spent on more nutritious food for the pregnant woman). Such a design would make the program relatively easy to implement, and might signal the importance of greater weight gain during pregnancy to beneficiaries and their families.

Diane Coffey is a researcher associated with the Woodrow Wilson School at Princeton University, the Indian Statistical Institute-Delhi, and is an Executive Director of r.i.c.e., a research institute for compassionate economics.