"The Narikuravars’ Quest for Political Engagement in Perambalur During COVID-19," Cristina-Ioana Dragomir. India in Transition, April 23, 2020 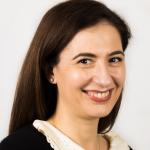 In early December 2022, the Lok Sabha and RS voted to grant the Narikuravar (with a proposed name change to Narikoravan) and Kuruvikkaran communities Scheduled Tribe (ST) status. The bill, which received the assent of the President on January 2, 2023, has been declared a victory by the Narikuravar community, who stated that “this is the first time our request has been officially approved by the Indian government and passed both houses of Parliament. We are thankful to the politicians who engaged in this matter. It is widely agreed by all the people and the politicians that this step was necessary for the welfare of the [Narikuravar] people.”

The Narikuravars are a semi-nomadic community, primarily located in Tamil Nadu. They are known as the “bead people” due to their beadmaking skills, which they sell in front of temples and at festivals. However, Narikuravars mostly identify as hunters, given their knowledge of forests, use of weapons, and ability to travel great lengths. They are proud of their past and tell stories of their ancestors moving from northern parts of India to southern areas, where, in spite of various changes, they kept their mobile lifestyle.

Difficulties arise, however, when the story of their past meets their daily lives. The Narikuravar are often relegated to the margins of society and face limited access to healthcare, education, and formal employment. Community struggles are also often met by historically-rooted prejudices which leads to further marginalization.

For the past sixty years, Narikuravar generation after generation has envisioned a way out of poverty and access to basic rights. They identified obtaining legal status as a first step in having their dire conditions acknowledged; the current system of reservations secures for them a path to access rights and socio-economic political mobility.

Up to now, the Narikuravars have been recognized as a Most Backward Class (MBC), but this status gave them limited access to education and employment. “This was a name they gave us,” said Rajasekaran, a highly-educated thirty-three-year-old Narikuravar leader who works tirelessly with his community to improve their lives. He knows first-hand the advantages that education brings and is sure that when a new generation of Narikuravars is (formally) educated, they will be able to change the destiny of their community.

For now, they are competing for resources and reserved seats with other more powerful, better equipped communities—unfair competition, according to Rajasekaran. The other MBC communities in Tamil Nadu are better organized, educated with more social-economic resources, and, therefore, are the ones accessing the rights. Thus, Rajasekaran is an avid supporter of changing the Narikuravars’ legal status from MBC to ST, despite the uphill battle he and his community face.

The Narikuravar community is not the typical Adivasi group that neatly falls under ST categorization. Unlike other communities who claim ST status, the Narikuravars do not claim an ancestral land, but identify as nomadic and try to distinguish themselves from historically criminalized communities. They often lack the support of politicians who, in their desire for votes, do not regard this small community as an important voting bloc. They are also seen as competition for other ST communities who are not willing to share with one more community the already stretched, limited resources and reserved seats. But whenever these matters are discussed, the Narikuravars often reply, “We need it. Our community suffers a lot.”

Before achieving ST status, the Narikuravars’ work traveled many political avenues. “For sixty years, this has been our dream,” Rajasekaran said. But the political path from dream to legal recognition contained many (not always pleasant or easy) steps. Their on-the-ground work started to take political shape three decades ago when Narikuravar leaders petitioned the local government of Tamil Nadu and found several politicians sympathetic to their cause. But the politics of Tamil Nadu is fickle, just like any other politics. Once the government changed, the Narikuravars lost their support. But they did not waver. They approached and petitioned whoever was in power. They wrote many letters that often remained unanswered.

When responses were not heard and doors were not opening, they looked for alternative roads. With the state government lagging, they moved their attention to the national level. Since 2016, the Narikuravars have been taking organized trips to Delhi, where they have confronted hard weather conditions and a lack of shelter and other resources as they carried out hunger strikes on Jantar Mantars. Despite a lack of media attention, they remained undeterred in their work.

The bill that proposed adding the Narikuravars to the ST list (along with the Kuruvikkaran community) has reached the Lok Sabha several times. In 2016, it reached the floor and was going to be discussed when—on the same day—Prime Minister Narenda Modi announced a surprise banknote demonetarization. With the country on fire, no one in the Indian Parliament was looking to bring to the fore the bill regarding the ST status of the Narikuravars.

Despite this setback, the Narikuravars went back and presented the facts to their community and educated them about the importance of obtaining ST status. This time, their political endeavors received international attention. With the help of mass media, the Narikuravars pled for international support and regularly engaged with global scholars and organizations. In doing so, they made a different name for themselves—one created by them, rather than imposed on them by outsiders.

As a result of many collective efforts, today, the Narikuravar community celebrates their newly acquired ST status (with very high expectations). “Through this ST status, after years of struggle, we can find developments in education, employment opportunities, livelihood, and other important necessities,” said Anuradha, a fifty-three-year-old Secretary of the Tribal Society.

The Narikuravar victory is one for the ages and a major step in their onward path toward obtaining social justice—a step that proves that relentless and complex strategizing at various political levels can yield successes for one’s community. But this is merely the beginning. The reservation system in India is often critiqued by all sides of the political spectrum, who argue for its abolishment or for its expansion. It is clear that this system, created more than seven decades ago, is in need of reform and transformation to reflect the dynamism of India today. Doing so would confront emerging challenges and acknowledge successes in providing a path for the social, economic, and political mobility of underprivileged groups.

Cristina-Ioana Dragomir is a Clinical Assistant Professor in Liberal Studies at New York University and the author of Power on the Move: Adivasi and Roma Accessing Social Justice (Bloomsbury Press, 2022). She was a CASI 2016 Visiting Scholar.

© 2023 Center for the Advanced Study of India and the Trustees of the University of Pennsylvania. All rights reserved.