"The Travails of Narikuravars Escalate Post the Lockdown," Cristina-Ioana Dragomir. The Hindu: Business Line, May 4, 2020

The Narikuravars’ Quest for Political Engagement in Perambalur During COVID-19 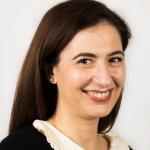 When I asked Rajasekaran Selvam, Educational Program Director at Derek Community Center, how the largest national lockdown in India’s history has affected his nomadic community, he described a dire situation: one water pipe to which people have limited access, no toilets, hungry children, and a lack of government help. “We have ten to twelve people staying in one home during the lockdown,” he explained. “We are told that we need to wash and maintain hygiene, but there is not enough water.”

Selvam comes from the Narikuravar community in Eraiyur village, Perambalur, in Tamil Nadu. Even though he has a stable address and officially lives in a settlement, like many members of his community, he considers himself a nomad. He is part of a small group of about 30,000 people (though the true number of Narikuravars may be twice as high, as they are not accounted for in censuses). Narikuravars have traditionally been hunters, but now make and sell beads and small beauty products at the margins of roads, often searching for business from place to place in hopes of finding new markets and customers. For the past fifty years, in an attempt to sedentarize the community, the state has been providing the Narikuravars with settlements like the one in Perambalur.

Under current legislation, the Narikuravar community in Tamil Nadu is listed as a Most Backward Class (MBC), and for decades they have been struggling to be recognized as a Scheduled Tribe (ST), a status that would allow them to access education and employment reservations. In spite of their assiduous efforts they have not been able to be recognized as an ST; the community continues to live in extreme poverty, surviving on meager incomes from selling their products. As a result of India’s lockdown, their movement has been curtailed, and with it, their livelihood. So far, COVID-19 has not drastically affected the members of the Perambalur settlement, but the Narikuravars are more afraid of the hunger and depravation that comes with the lockdown than the virus itself.

Habitually, the Narikuravars are a tight-knit community whose extensive family networks cross regional and state boundaries. When the order for the lockdown went into effect, many took shelter in their government-allocated settlements or in the homes of their extended families. But these homes were built at least forty years ago and are now in precarious conditions. In Perambalur, there were about 750 people sharing 120 houses; now these houses need to host an increased number of people (often more than ten) under one roof. This increased population density makes state-mandated social distancing measures impossible and heightens the potential for the spread of COVID-19.

Most of the Narikuravars’ government settlements were built during the administration of MG Ramachandran/AIADMK party and came equipped with toilets. However, over the years, as the homes became unable to accommodate the large numbers of people who needed them, bathrooms started being used as living or storage spaces. And since these settlements have no public toilets, Narikuravars are forced to relieve themselves in public places—something they say they try to do in the early mornings when police are not around to enforce the mandatory lockdown. As the World Health Organization notes, “some evidence [shows] that COVID-19 may lead to intestinal infections and be present in feces.” A lack of toilets could, therefore, expose the community to even further risk of the spread of the virus.

Being forced to defecate in public spaces raises the corollary issue of lacking access to water. The Narikuravars are increasingly worried about not having the ability to wash their hands in order to prevent the possible spread of infection. Water shortage is not a new issue in the Narikuravar settlement of Perambalur, which does not have a water tank. Based on seasonal changes, the community has sporadic access to a pipe that has running water for only one hour each morning, which has long since placed them under enormous pressure to survive on a daily ration of one to two buckets of water per family. As water is limited, so is soap. Moreover, there is no access to hand sanitizer, a product now sought after by the entire world, and sold at exorbitant prices, well above what the Narikuravars can afford.

As the country remains in lockdown, the Narikuravars can’t go about the business of selling their products, their only way to make ends meet. In response to communities facing extreme difficulties in procuring daily food and wages, the Indian government put forward various schemes aimed at addressing the basic needs of the most vulnerable. In Tamil Nadu, Minister D. Jayakumar announced that “each ration cardholder will be provided with Rs 1,000 due to the lockdown.” Additionally, the chief minister announced that the government will distribute 15 kg of rice, 1 kg of dal, and 1 kg of cooking oil to families for the month of May.

While these measures are both needed and well-received, the key element is being a ration cardholder, or having a “family card”—the form of identification needed to access these government provisions. Every Indian citizen is eligible to apply for a family card, but in Perambalur, only 60 percent of Narikuravar families have one, as many are unable to prove their family status. While they fulfill all the requirements of the application, government officials need to confirm it by visiting their settlement. Selvam explained that whenever officers come to verify the information, many Narikuravars are nowhere to be found “due to their migration for their livelihood.” Lacking family cards makes it difficult, if not impossible, for many Narikuravars to access government programs and ensure their survival during the pandemic.

For now, Selvam said that Narikuravars are trying to make due with the help of several NGOs (both local and international) that have been providing milk and biscuits. While in Perambalur, Selvam and his community face incredible hardships, the Narikuravars living in large urban spaces like Chennai face harsher realities. There, many do not have houses and are forced to live in habitations made of metal sheets, which are unable to accommodate the increasing number of people in need of shelter, further exposing them to the virus.

The Narikuravars’ problems are not new. However, the pandemic has escalated their dire conditions into unbearable ones, and highlighted the dreadful situation in which communities relegated to the margins have been struggling for a long time. The pandemic also brings awareness to the fact that more political engagement (beyond the known electoral visits) is needed to understand these communities and to engage their members as equal citizens.

It is important to mention that this pandemic has also occasionally brought glimpses of solidarity and government care. Recently, in response to a Twitter plea made by the Narikuravars in Perambalur, local officials sent food relief packages for thirty-five families. While not enough to cover the needs of the community, the packages were well received. Additionally, given that vulnerable communities like the Narikuravar often do not get accounted for in distributions of resources, the Revenue and Disaster Management Department advised to “disburse ex-gratia Rs. 1,000 to registered communities.” However, to date, the Narikuravars have not yet received this assistance.

To further address the Narikuravars’ unique challenges, two sets of policies need to be implemented. In the short term, a relaxation of restrictions on access to rations without a family card is crucial. Distribution of food and supplies could then be facilitated through local officials. Additionally, given the water and sanitation shortages, the Narikuravars urgently need hygiene products. In the long term, a coherent policy has to be designed and implemented, one that takes into consideration the Narikuravars’ mobile lifestyle and provides them access to education, housing, health care, and employment. Currently, the Narikuravars’ livelihood—making and selling beads and beauty products—is not recognized under “authorized” or “unorganized” work, categories that would allow the community access to relief packages and/or a relaxation of lockdown rules. This will be especially crucial in the coming months when the community once again becomes mobile, as their products will not be in high demand. Furthermore, it is likely that in the near future, the community’s mobility and lack of access to hygiene products might associate them with the stigma of spreading COVID-19, and the Narikuravars, who have long since been kept at an arm’s length from mainstream society, will be further marginalized.

The COVID-19 pandemic has created harsh circumstances for everyone around the world. Many are operating beyond their capacity, facing various shortages and hardships. In these times, more than ever, the Narikuravars—as well as many other traditionally nomadic communities—need the awareness of local and regional government bodies to ensure their survival. Only then, will they become equals in the large and diverse citizenry and finally be visible in the eyes of the state.