"STs, and the Politics of Exclusion," Cristina-Ioana Dragomir. The Hindu: Business Line, March 15, 2017

The Report of the Advisory Committee on the Revision of the Lists of Scheduled Castes and Scheduled Tribes, GOI

"Jayalalithaa Thanks PM Narendra Modi for Including 3 Communities in Scheduled Tribes List," The Economic Times, May 25, 2016 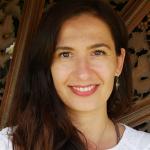 The Indian Constitution ensures certain protection for communities deemed as having Scheduled Tribe (ST) status. However, which groups should be accorded that status has been contentious. Getting ST status means that members of the group have access to highly desired tangible benefits such as political representation, reserved seats in schools, and government jobs. Over the years, social and political mobilization has led to the number of STs growing from 225 in 1960 to 700 today (with overlapping communities in more than one state). As the number of communities clamoring to be recognized as ST expands, so do the number of people who question the legitimacy of awarding ST status, bringing the criteria of this recognition under increasing scrutiny.

The Indian Constitution only states that STs are specified by the President after consultation with the Governor; it does not specify specific criteria. According to the Ministry of Tribal Affairs, the criterion—while not spelled out in legislation—“is well established,” and includes indication of “primitive” traits, distinctive culture, geographical isolation, “shyness of connect” with the community at large, and “backwardness.” These general standards were established following the definitions of the 1931 Census, the reports of the First Backward Classes Commission 1955, Kalelkar Advisory Committee, and Revision of SC/ST lists by the Lokur Committee. However, more than a half-century later, these broad criteria leave a lot of discretion.

In order to avail of the protections and benefits of being accorded ST status, communities in India try to prove themselves as meeting the criteria. One such community is the Narrikurovar, a semi-nomadic tribe, originating in Northern India before migrating south to Tamil Nadu about half a millennia ago. Traditionally hunters (Narrikurovar means “jackal” or “fox hunters”), their origin stories tell of their tribe being associated with upper castes, mostly providing security for kings. However, once invaders took over the territories they inhabited, Narrikurovars, like many others, became nomadic and retreated into forests, where they preserved their traditions and freedoms. When hunting became illegal, so did their forefathers’ tradition. Since then, the Narrikurovars have lived at the margins of the society in dire poverty, making and selling beads and other small ornaments in local markets and temples. In my own research, I find that the Narrikurovar share religious, cultural, and political characteristics with many of the Roma groups in Europe. It is likely that they share similar origins in India’s North West and scattered in different directions when successive invasions took place there.

The Narrikurovar community struggles with high levels of illiteracy, multiple health challenges, and unemployment. Currently, there are about 8,500 Narrikurovar families (30,000 people) in Tamil Nadu, less that 0.1 percent of the state’s population. The Tamil Nadu government classifies them as a Most Backward Class (MBC) community. This leads to erroneous assumptions about this population. For example, in 2005, the percentage of STs below the poverty line in rural Tamil Nadu was 32.1 percent (below the national ST average of 47.3 percent), but that of rural Other Backward Classes (OBC) and others was only 19 percent. Classifying the Narrikurovars as OBCs leads to the assumption that they have a higher chance of being above the poverty line than communities recognized as STs. Furthermore, by being classified as MBCs, the Narrikurovars have been competing for access to government benefits with nineteen other larger communities with higher socio-economic status and greater political clout.

Over the last three decades, the Narrikurovars have viewed themselves as “Adivasi” and have been attempting to gain ST status. When asked why they should be recognized as such, they answer, “because our community needs it,” and point to their poor living, economic, and social conditions. Their precarious position is further complicated by their nomadism across rural and urban areas which runs against the criteria of “geographical isolation” required for ST status. Additionally, as the Narrikurovar sell their products to the community at large, they might not display “shyness of connect,” which is another criteria. But since these criteria are not explicit, it is difficult for the community to formulate clear political demands.

The Narrikurovars have found it difficult to navigate this uncertain legal terrain and have been appealing to the principal Dravida political parties, the DMK and AIADMK. The latter, in turn, have pleaded with the central government, stating that: “the community leading a nomadic life was in a pathetic condition.” Since 2013, the Narrikurovars have focused their efforts on grassroots political mobilization and have been organizing several sit-ins and hunger strikes. This has increased awareness of the precarious state of the community and has led to efforts by the central government to amend the Constitution (Scheduled Tribes) Order of 1950 to include the Narrikurovar, Kurivikarran, and Malayelee Gounder among the STs. The bills were introduced in the Lok Sabha in December 2016 and await passage.

The long and bumpy road of the Narrikurovar rests on discretionary political acts and not on well-developed, transparent criteria and a clear definition of what makes groups eligible for ST status. Developing such criteria with specific economic and social data that can help compare communities requesting ST status with other STs and to the Indian population at large would limit the precarious character of deciding who belongs to what group, thereby ensuring greater transparency and confidence in the process of awarding deserving communities ST status.

Cristina-Ioana Dragomir is an Assistant Professor of Political Science, SUNY Oswego. She is a CASI Non-Resident Visiting Scholar.