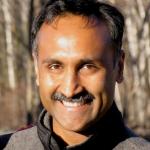 Sustained economic growth over the past decade has triggered dramatic changes in the way that Indian cities relate to villages, a relationship that is often described as a continuum.Whether associated with the aggressive expansion of private enterprise that sees great potential in rural markets, or the government’s burgeoning welfare schemes, or indeed, the policies shaped through “public-private partnerships,” the pressures associated with this churning are felt at many levels.This is especially true for those organizations working in rural areas that were established in the 1950s – the early years of India’s independence – whose institutional cultures are characterized by systems of management and governance that were shaped in a context of state-controlled development.Mandated to serve the aspirations and needs of large populations, with very clear developmental objectives, many of these organizations were top-heavy and bureaucratic, and have remained so.With the accelerated privatization of the country’s economy, institutional arrangements of this sort are experiencing strain because they are not always as nimble and sure-footed as they need to be in order to adapt to the volatility of contemporary markets.This is aptly captured in the ongoing debate in India over whether cooperatives or producer companies best address the interests of rural producers.Debates over the future of India’s huge dairy cooperatives – the success of which is often described as the “White Revolution” – provides an instructive glimpse into the vagaries of change.

India’s dairy movement, often associated with the brand “AMUL,” began in the 1950s, and rapidly went from strength to strength providing sustained livelihoods to millions of people.Originating in Gujarat, the cooperatives rapidly acquired a national presence, so much so that India became the world's largest producer of milk in 1999-2000, overtaking the U.S.In recent years, its annual rate of growth in milk production has been between 5 and 6 percent, against the world's which has hovered around the 1 percent mark.In India, this rapid growth is largely credited to the success of dairy cooperatives that acquired national prominence under the Operation Flood (OF) Program which was assisted by multi-lateral agencies including the European Union, the World Bank, Food and Agriculture Organization (FAO) and World Food Program (WFP).The success of dairy cooperatives is often attributed to the leadership of figures like Verghese Kurien and Tribhuvandas Patel who shaped and advocated the “Anand Pattern” cooperatives with their distinctive vertically integrated design, in which the procurement, processing, and marketing of dairy produce is part of a single entity from top to bottom.The National Dairy Development Board (NDDB), founded and headed by Kurien until the late 1990s, provided the institutional momentum for this success.

While Indian dairy cooperatives have remained stable over the past six decades, the pressures of a liberalizing economy led, in the 1990s, to discussions about the need for cooperatives to explore new institutional arrangements to remain competitive.Growing managerial frustration with the archaic legislative attributes of the Registrar of Cooperative Societies gave these discussions momentum.In some quarters, it was felt that the “producer company,” a model based loosely on the “new generation cooperatives” (NGCs) prominent in the west, could provide an alternative design to the existing cooperatives.These efforts have gained momentum over the past decade or so, and the NDDB has come to embrace NGCs largely on the grounds that this is necessary for dairy producers’ organizations to achieve better standards of professionalization, so as to remain competitive in the new economy.

The passage of new legislation in 2002 paralleled the growing momentum of the NDDB’s internal reforms, and the NGCs have emerged as an important intervention in the organization’s efforts to shape the future of Indian dairy in the current climate of rapid economic growth.India’s Companies Act, 1956, originally recognized three types of companies, i.e., companies limited by shares (sub-divided into public limited and private limited companies), companies limited by guarantees, and unlimited companies. The Companies (Amendment) Act 2002, introduced a fourth category, the “producer company,” which is based on the recommendations of an expert committee led by the noted economist, YK Alagh. The committee’s recommendations were in response to the government’s demand that it first frame a legislation that would enable incorporation of cooperatives as companies, and the possibility that existing cooperatives be converted into companies and second, that the proposed legislation accommodate the unique elements of cooperative business within the Companies Act.At the core of the design of the “producer company” are its members, who have to be “primary producers,” that is, persons engaged in an activity connected with, or related to, primary produce.The design also introduces new systems for accountability and transparency in what are otherwise still community-based organizations committed to “cooperative” values.

Dairy cooperatives organized as per the “Anand Pattern” have been watching these developments closely. Observers of the dairy sector justifiably laud many successes of the cooperatives, which have been formidable, but point out that many of them have become politically entrenched, or at the very least, amenable to politicization.There is, for instance, a particularly difficult tussle going on in the Gujarat Cooperative Milk Marketing Federation (GCMMF), which markets AMUL products nationally and internationally, over the powers of its Board and Chairperson. The size of the cooperative membership, often running into hundreds of thousands, makes them attractive targets of political manipulation and the predatory instincts of political parties seeking to engage in vote-bank politics.Partly in reaction against such tendencies, the NDDB has recently developed its “National Dairy Plan” (NDP), which is an audacious attempt to preserve and strengthen cooperative values in a privatizing economy.This Plan is an effort to provide an alternative design to the entrenched cooperative arrangements, and to alter the topography of existing cooperatives, which is loosely mapped on to the structure of the Indian state (i.e., village––block––district––state).Not surprisingly, the NDP has found strong resistance from the existing cooperatives, which has led the NDDB to question their motives and lack of transparency.

Dairy cooperatives, as modeled on “Anand Pattern,” are strong institutions, but are plagued by many pressures and problems associated with the obduracy of existing orthodoxies; the “producer company” design, an innovative framework, is still a work-in-progress, but faces resistance from some votaries of an erstwhile “cooperative” culture within the dairy sector.The debate is far from over, and even as the NDDB’s NDP rolls out, it serves as an example of the creative ways in which established institutions are responding to contemporary management challenges.The NDDB has launched many new initiatives, but these face competition from organizations like the GCMMF, and indeed many established private dairies.Even as the tussle goes on in the dairy sector, the “producer company” model has been used successfully by a number of newer entrepreneurial ventures (such as Fabindia, and DCM Hariyali) as well as NGOs; a promising sign for proponents of the design.The legislation has clearly provided an important alternative to existing organizational arrangements, but only time will tell how durable the new enterprises are, and in which economic sectors the model will gain traction.

Institutional designs are always in flux.In the Indian context, the prime mover of change is no longer the state, and new strategic alliances are being forged between the state, civil society, and the private sector in interesting ways. At their worst, these tenuous alliances signal instability and a sense of confusion, but a more optimistic prognosis is that of burgeoning entrepreneurial creativity and flexibility, as the success of some producer companies as well as the more enterprising cooperatives demonstrates.In this state of churning, how cooperatives which have been around from the early years of independence, and the new configurations emerging under the banner of “producer companies” locate themselves will critically shape patterns of institutional reform in rural India.This is especially true because these organizational frameworks, together with private enterprise and state interventions are the building blocks for the rejuvenation of India’s rural economy, which is marketizing at a rapid clip.Looking ahead, it would be fair to assume that many farmers’ organizations, producer groups, and cooperatives will work more closely with business groups, forging new partnerships and collaborations.The success of these strategic alliances, to be determined as much by forces of political economy as personal politics, will eventually determine how far organizational forms like producer companies and cooperatives will capture the imagination of the rural producer in the years to come.

Vivek Bhandari is the Director and Professor of Social Science at the Institute of Rural Management, Anand (IRMA). He was a CASI Fall 2010 Visiting Scholar. He can be reached at vivekirma@gmail.com