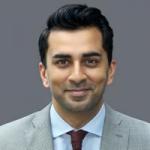 Earlier this summer, India Review published a special issue addressing the implications of the 2019 general election for India’s democratic polity. Milan Vaishnav and I edited the essays. When we first set out on the project, and certainly when the authors—Adam Ziegfeld, Yamini Aiyar, Louise Tillin, Adnan Farooqui, Rohit Chandra, and Michael Walton—penned their pieces, the only virus that had shown concrete signs of infecting the Indian citizenry was a political one, as unflinching executive power and divisive religious nationalism went beyond rhetoric and undercut the nation’s apex institutions. Since the articles were penned, with both internal shifts and exogenous shocks faced by the incumbent government, what can we glean from the essays?

Though broadly, the essays assess the impact of the 2019 general elections on four key domestic policy and political arenas—the party system, minority rights, economy, and federalism—the underlying philosophical concern pertains to the trajectory of power within India. Adam Ziegfeld, as well as Yamini Aiyar and Louise Tillin, take this theme head on. Ziegfeld assesses the historically and comparatively informed phenomena of party dominance—which in political science discourse pertains to a party ruling for two decades or more. He argues that while the BJP enjoys a certain depth of support in its electoral catchment area, the party otherwise does not sufficiently fulfill other structural markers that would allow it to dominate Indian politics as the Congress Party once did. Not yet, anyway. This includes inter alia not competing against a fragmented opposition (at least by Indian standards) and that the BJP does not garner especially large vote shares (i.e. majority or near majority of votes cast). Even though a series of regional electoral defeats have left the party bruised, Aiyar and Tillin, in their piece on development, argue—with a nod to a distinct type of dominance specific to Indian federal politics—that internal coordination within the BJP remains the primary vehicle for center-state dialogue.

Binding together both sets of analyses of the electoral and the governance realms respectively, is recent work undertaken by Neelanjan Sircar on the 2019 election and his outlining of the constituent parts of the politics of vishwas (trust). Sircar argues that instead of the traditional democratic accountability model, where citizens reward politicians for development, today, politicians such as Narendra Modi dominate the narrative of development such that they can direct citizen mobilization. The clear effects of this model on policymaking can be seen in the framing of the controversial citizenship bill, border clashes and tensions with China, as well as the COVID-19 crisis and response, where the politics of vishwas has been used to varied, but overall successful, effect. In each of these cases, the “One Nation” objectives that Aiyar and Tillin argue stunt federalism, intertwine with the BJP’s control over the development narrative that facilitate party dominance as it denotes the BJP mobilizing citizens around Modi. In line with Ziegfeld’s paper, party dominance may not fully resemble the usual empirics of a centralizing structure but instead, the “regionalization of a national polity” through the Prime Minister dominating the development narrative. And this may well lead to the BJP lasting two decades, or more, in power.

While the structural comparisons between the BJP and the old Congress evolve, recent work by Pradeep Chhibber and Rahul Verma has reified the ideological distance between both parties through the axes of statism and recognition. These factors function as constituent parts of the two dominant conceptualizations of the nation in India—secular and religious. While the Congress has historically sought outsized influence over the state in social and economic life, rightist groups and parties such as the BJP have sought to limit the politics of statism while opposing the politics of recognition. The final two essays in our issue, from Adnan Farooqui on minority rights and Rohit Chandra and Michael Walton on the economy, address the theme of nationalism squarely in their arguments.

The rise of the BJP has deepened a trend of Muslim underrepresentation in India. Traditional “secular” parties such as the Congress Party have chosen not to mobilize around secularism for fear of being tarnished as minority appeasers; while the so-called Mandal parties, which relied heavily on bringing together Muslims and Other Backward Classes (OBCs) in states such as Bihar and Uttar Pradesh, have also fallen on hard times. The result, Farooqui argues, is the “ghettoization” of Indian Muslim voters. This active ostracism from the BJP has been wide-ranging: last August, Modi revoked the autonomous status of Jammu and Kashmir (the only region in India that has a majority of Muslims), while in recent months, early investigations have absolved the police or ruling-party politicians from playing any role in the Muslim pogrom that took place, gruesomely on several mobile camera screens, with the backdrop of protests against the capricious citizenship measures in February. Notably, and given the size and ethnic mix of protests prior to the pandemic, civic action, rather than elected representatives, may prove a more viable vehicle through which to alter the current trajectory of institutional prejudice in India—as we have seen in recent weeks in the U.S. through the Black Lives Matter movement.

The BJP’s concept of the nation has permeated not only the electoral and civic realms, but also the policy sphere. Notably, the long-standing intention (and international expectation) of further market-based economic reforms to unlock the country’s vast economic promise has co-existed alongside growing episodes of nativist and populist economic measures, to which Rohit Chandra and Michael Walton turn.

The authors argue that the Modi government, despite the “oligarchic capitalism” that it inherited from its predecessor, did institute many key economic reforms such as the Goods and Services Tax (GST) and Insolvency and Bankruptcy Code (IBC). However, overall, sagging private investment did not receive the boost the government had hoped, which Chandra and Walton root in the patchy implementation of key reforms, a reluctance to frontally tackle the issue of non-performing assets (NPAs) on the books of state-owned banks, and misguided industrial policy. This has been compounded since the pandemic as Modi has projected a vision of India as a place where foreign money may be welcome but foreign competition is not. With the economy projected to shrink by 4.5 percent this year and firms searching for alternatives to China (and India’s own stand-off with that country) this lurch to protectionism is shortsighted. The authors conclude, in part, that such economic outcomes are not necessarily the result of “policy mistakes,” as much as long-standing structural factors and patterns of influence that have been reinforced by the BJP’s nationalist project that has furthered the entrenchment of business elites and eroded independent accountability institutions.

Even prior to the current crisis, apex institutions, the economy, and Hindu-Muslim relations were under grave threat, rooted in an overbearing nationalist project. This has, in recent months, also shaped India’s foreign relations, which the issue does not cover. With global conditions quickly deteriorating amidst a pandemic, slowing domestic growth prompting renewed calls for protecting flailing Indian industries, and a growing stand-off with China, what appetite exists for further liberalizing reforms at a critical juncture for India’s economy? The evidence, presented in this issue and that continue to emerge, is that social and cultural issues took precedence over economic concerns a while ago and will not lose steam in the face of the current crisis.

Bilal Baloch is Co-Founder and COO of GlobalWonks. He is a CASI Non-Resident Visiting Scholar.

This article has been adapted from an introduction co-written by Bilal Baloch and Milan Vaishnav in Volume 19 (Issue 2) of India Review.