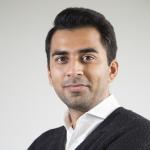 From early 2011 to the end of 2012, the Congress-led United Progressive Alliance (UPA) coalition government led by Prime Minister Manmohan Singh faced its biggest civic challenge in the India Against Corruption (IAC) movement. This agitation came to a crescendo off the back of a sequence of high-profile corruption scandals involving senior government officials. The UPA, after a successful re-election in 2009, found itself in the midst of a credibility and corruption crisis. Fast forward to the smoldering summer of 2013 and citizens’ cry across developing world democracies raised the global volume for nationwide agitations using the language of anti-corruption. Ensuing reactions saw some democracies, such as Turkey, crush the groundswell while others, such as Brazil, were more conciliatory.

Corruption has, once again, struck the imagination of citizens and scholars alike. The phenomenon subverts elections, state mechanisms of representation and accountability, and it undermines the public’s trust in institutions, thus leading to public unrest. Recent research I have undertaken tackles a key part of this state-society relation that has received little, explicit attention. That is, why do some governments respond more tolerantly than others to anti-corruption agitation? To answer this puzzle, I examine the cases of the Indira Gandhi-led Congress government’s brutal suppression of the Jayaprakash Narayan (JP) movement; and the Manmohan Singh-led UPA government’s tolerant response toward the IAC agitation. Below, I will mainly discuss the UPA response. The short answer is that the presence or absence of ideological checks and balances among decision-making elites in government conditions tolerant behavior.

The claim that ideologically plural governments are more tolerant is not new. But, surprisingly, it is when measured against scholarship on India. Historically, dominant approaches in political science explain the determinants of government behavior in India with recourse to material interests and electoral incentives. In short, external, objective determinants. These logics might explain behavior around elections and the long-term predictable politics of budgets and policy formulations, but is alone not useful for helping us understand the variation among democratic governments’ reactions to crises such as a nationwide anti-corruption movement.

Movements that are explicitly or implicitly anti-corruption take shape in, and are often the consequence of, an environment where government corruption has been exposed – through scandals or judicial investigations – which then heightens the sense of insecurity within government and lowers their credibility in the eyes of the electorate. Consequently, re-establishing government credibility becomes a key goal for the decision-makers in their response to the movement. In this crisis environment, decision-makers’ ideas help reduce uncertainty by acting as interpretive frameworks that describe the workings of the political, economic, and social world through defining its constitutive elements and providing a general understanding of their proper and improper interrelations. Hence, by deploying their ideas, decision-makers reduce risk and courses of government action.

My research – which comprises interviews with over 120 elites from the UPA administration including, inter alia, the Prime Minister, senior members of the Congress Party, cabinet ministers, and senior bureaucrats – shows that different decision-making elites accepted, appropriated, deployed, and contested different combinations of ideas around the political economy of India as well as competing nationalisms to explain and resolve the crisis of corruption and the nationwide IAC. These divergent prescriptions and strategies are intimately tied to the decision-makers’ professional backgrounds.

Ideological diversity in a coalition government is tied to political parties, as in the case of the UPA, but it is also anchored to the proponents of new policy frameworks in government, chiefly technocrats. One group of technocrats in the UPA entered the Indian government in the late 1980s and 1990s when coalitions first emerged, and when the nation’s main economic architecture was being reformed through liberalization reforms. These decision-makers then took up authoritative positions of power in Manmohan Singh’s government as members of the Cabinet, Prime Minister’s Office (PMO), and senior bureaucracy, not least the Prime Minister himself. Another set of technocrats and activists who, as part of the right to information movements (RTI) of the 1990s and early 2000s became the vanguard for renewed nationwide civic activism, went on to take up authoritative positions of power in the UPA government as members of the Congress Party President’s parallel cabinet, the National Advisory Council (NAC) as well as senior officials within the bureaucracy. These technocrats act as idea “carriers” – individuals reliably known to hold a given set of ideas who move into decision-making institutions and positions of authority over government action. Identifying and studying these ideas, and the differences among them, enriches how we think about political institutions.

Three dominant perspectives permeated decision-making institutions in the UPA vis-à-vis the IAC: pro-capitalist, pro-statist, and secular-nationalist. Pro-Capitalists aremainly technocrats and senior bureaucrats who pursued limited engagement with the IAC, believing that the movement sought to discredit the government by conflating economic growth mechanisms with corruption. Pro-Statists are mainly technocrats and activists with a position in government who viewed the IAC in sympathetic terms and sought full engagement with the movement. The IAC, for these elites, represented a set of citizens acting against widespread corruption that stemmed from the very mechanisms of economic liberalization. Secular-Nationalists are mainly Congress Party career politicians who viewed the IAC in hostile terms as a movement that represented the groundswell of religious nationalism backed by the main opposition party, the Bharatiya Janata Party (BJP). These ideas shaped government institutions’ separate strategies pertaining to the IAC that, on aggregate, made an arbitrary response to the agitation less likely and increased the likelihood of government tolerance. Elite ideas, thus, acted as a checks and balance on government action.

Government response to a nationwide anti-corruption movement is determined by the absence or presence of an ideologically-plural central government. If the ruling government has an electoral majority and decision-makers therein possess a singular, dominant ideology then the government is more likely to behave intolerantly toward the agitations. For example, during the anti-corruption JP movement 1974-1975, Indira Gandhi and other decision-making elites in authoritative positions of power viewed the agitation in hostile terms. My research, built on unexamined letters and documents from the period, illustrates that this perspective was rooted in Congress party ideology surrounding the “unity in diversity” conception of the nation, which clashed with government elites’ perception of the agitation as a front for religious-nationalism. The centralization of this party ideology in the hands of a few, disparate elites, led by Mrs. Gandhi, and further weakened by the absence of technocrats within decision-making, made a brutal and suppressive response toward the JP movement more likely.

In contrast, the separation of powers between different parties and institutions within the UPA coalition government created institutional constraints that made intolerant government action less likely. The causal foundations of this set-up, I argue, were divergent ideas. These ideas were not instrumentally derived or situational, but are long-held cognitive frameworks that shaped how UPA elites viewed the world throughout their time in government as well as in their prior professions. Ultimately, therefore, why decision-makers pick one course of action over another may well be shaped by external factors such as rent-seeking, bribe-taking, electoral determinants, and international pressure. My research moves away from these determinants to highlight the role of endogenous factors, empirically and historically grounding how decision-makers function in an environment where political power is fluid and fought over through a constellation of ideas in order to shape policy-making.

Bilal Baloch is a doctoral candidate in political science at the University of Oxford, where his dissertation concerns the political economy of government behavior under a credibility crisis in developing democracies. He is currently a Fellow at the Carnegie Endowment for International Peace in New Delhi, India. You can follow him on Twitter at @bilalabaloch