"Amid the Ukraine War, India is Replicating What It Did When the Soviet Union Invaded Afghanistan," Arndt Michael. Scroll.in, June 26, 2022

“'Coming Together, Not Growing Apart': How the COVID-19 Pandemic Could Improve Regional Cooperation in South Asia," Arndt Michael. India in Transition, April 2, 2020

India and the Russia-Ukraine War: The Paradox of Military Dependence, Traditional Loyalty, and Strategic Autonomy 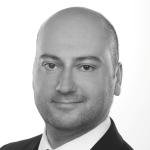 India, long-established as the world’s most populous democracy, has been quite instrumental over the years in assisting various countries dealing with democratic struggles. This support has included a blend of bilateral and multilateral initiatives, and especially economic development projects. Yet, India’s recent attitude toward the Russian attack on Ukraine and its concomitant behavior in the United Nations Security Council (as a non-permanent member) seems to contradict its support of democracy. By abstaining, rather than explicitly voting in favor of UN resolutions condemning Russian aggression at the beginning of the war, India angered several UN member-countries.

In order to substantiate its abstention from voting, India felt compelled to issue a so-called “Explanation of Vote” (EoV). In it, India asked for a “return to the path of diplomacy” and an immediate cessation of “violence and hostilities.” Crucially, India stated in the EoV that “the contemporary global order has been built on the UN Charter, international law, and respect for the sovereignty and territorial integrity of states…all member states need to honor these principles in finding a constructive way forward. Dialogue is the only answer to settling differences and disputes, however daunting that may appear at this moment.”

While these statements and the call for dialogue are in accordance with India’s professed stance toward the relevance and objectives enshrined in the UN Charter, the discrepancy between rhetoric and practice is still conspicuous. At first glance, a “good” relationship with Russia seems to be more significant than the expectations of the world-community as represented in the United Nations. And, more importantly, by abstaining, India seemingly violated one of its central foreign and strategic policies: to always strive for strategic autonomy.

However, from a strategic perspective, India is precisely replicating what it did when the Soviet Union invaded Afghanistan. For India, its own national security is at stake, as well as its current and future geostrategic influence in Asia and the world. The military dependence that currently exists between India and Russia is nothing short of gigantic and has created a dangerous conundrum. Since the “Indo–Soviet Treaty of Peace, Friendship and Cooperation” was signed in 1971, defense agreements and long-term supply contracts have been in place. And while India and Russia have shared a strategic relationship since October 2000, this was upgraded in December 2020 to a “Special and Privileged Strategic Partnership.”

Although there was a marked reduction of Russian imports in past years, official data from the Stockholm International Peace Research Institute (SIPRI) reveal that between 1996-2015, the Russian proportion of Indian military imports was almost 70 percent, and between 2016-20 it still hovered around 49 percent. In fact, 70 percent of all Indian military equipment currently in use has been directly produced in Russia, was manufactured with the majority of parts coming from Russia, or licenced by Russia. In 2020, this included the majority of Indian tanks, the only aircraft carrier (the INS Vikramaditya, a heavily modified Kiev-class aircraft carrier) with all of its combat aircrafts MiG-29s, six frigates, four destroyers, and the only nuclear-powered submarine. Additionally, eight out of fourteen Indian Navy submarines belong to the Russian Kilo-class. The Indian Air force flies Sukhoi Su-30MKIs and Mil Mi-17s, which, respectively, constitute the largest share of the combat aircrafts and utility helicopters, in addition to Russian tanker planes. India also just recently purchased the S-400 missile system.

Even though India has begun to reorient itself militarily toward other countries—the US, Israel, France, and Italy—and has substituted foreign imports by slowly developing its own capabilities, a large number of new Indo-Russian projects are in the conceptual or implementation stages. In December 2021, in the frame of the so-called “2+2 Dialogue” (foreign and defense ministers), India and Russia began a new phase in their military-technological cooperation. Incidentally, India has used this very format for furthering cooperation in strategic, security, and intelligence issues with four of its key strategic partners: Australia, the US, Japan, and the newly added Russia. Russia and India agreed upon a further deepening of mutual military relations for ten years (until 2031). What is new is that next to the traditional purchase of Russian weapons systems, many common research projects and the development of new weapons systems—with their production taking place equally in both countries—have been agreed upon. This production includes new frigates, helicopters, submarines, cruise missiles, and even Kalashnikovs.

The depth of this mutual engagement, and especially India’s dependence, highlights a huge dilemma that might not only have drastic strategic consequences, but also long-lasting regional repercussions. The worldwide sanctions issued against Russia aim at the Russian economy and military. When it comes to the procurement of such crucial components as microchips or airline parts, Russia is soon expected to face shortages, essentially crippling its capacity to repair, construct, or have spare parts available (let alone construct new equipment). Unless other countries, such as China, circumvent international sanctions and step-in, the expected Russian inability to take care of its own military will have a spill-over effect. Russia is unlikely to be able to fulfill its contractual obligations toward India, and the lack of spare parts also has the potential to cripple India’s own military with regards to the Russian weapons equipment. The procurement agreements and common projects are, hence, all in jeopardy and India, now more than ever, depends on Russian goodwill.

Next to military dependence, there are other concomitant effects in the economic and political sphere that influence Indian voting behavior. The worldwide sanctions have already led to dramatic increases in oil and gas prices, with India relying on imports of up to 80 percent. India will, therefore, have to pay much more for such crucial imports. Military imports from other countries aimed at substituting Russian equipment will also be much more expensive. All of this deals the Indian economy another blow—an economy that has been especially hit hard by the COVID-19 pandemic. And politically, Indian hegemony in South Asia has been markedly under pressure, in no small part because of the China-Pakistan axis. In the eyes of India, this axis poses a serious threat to an already highly volatile Indo-Pakistan relationship. In addition, the Indo-China relationship reached a new low in May 2020 when Chinese infrastructure projects along the Himalayan borderlands led to fighting and the killing of soldiers. In addition, the Chinese claims to the South China Sea are categorically disputed by India. Chinese overtures toward Sri Lanka, the Maldives, and especially Pakistan in the frame of the Road Initiative are also regarded with growing discontent, as India claims that China is following a policy of encircling India.

In its 75th year of independence, India is following a classic realpolitik in trying not to alienate Russia while pledging rhetorical support for Ukraine. The contradictory consequence is that Russia has now offered more discounted oil, gas, and investments, while at the same time, the UK has suggested its military relationship with India could be upgraded—and has offered weapons made in the UK. For the Indian political establishment, India cannot forgo Russian support, militarily or as a producer of cheap oil and gas. Going forward, India’s military will need to protect its national security and project Indian influence and power well beyond its borders.