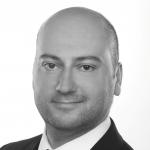 The drastic increase in trade volumes over the last few years is an impressive testament to the new Indian pivot to Sub-Saharan Africa; trade between India and Sub-Saharan Africa stood at $60 billion in 2012. Still, trade volumes in the same year were markedly eclipsed by those of the EU ($567.2 billion), the U.S. ($446.7 billion), and China ($220 billion). Nevertheless, India’s engagement shows a successful new focus on the region where it has implemented specific programs in the economic, political, and, especially, pan-African sphere.

The second pillar is development aid, especially in the form of the Indian Technical and Economic Cooperation (ITEC) program. ITEC is tasked with capacity building in the field of agriculture, civil or military training, or consultancy services. In total, India has spent more than $1 billion for such assistance in the past for Sub-Saharan Africa, making the region the largest recipient of ITEC aid. India is also emerging as a major development donor for Sub-Saharan Africa with no ties to the OECD’s Development Assistance Committee (DAC). India, therefore, does not base aid programs on OECD rules by the receiving state and it does not matter whether India deals with democratic governments or autocratic regimes in the frame of its development programs.

The third pillar concerns hydrocarbons as well as other natural resources. Indian public and private oil companies have attempted, sometimes in direct competition with Chinese state-backed companies, to secure oil and gas fields and exploration contracts. In 2012, around 20 percent of India’s crude oil imports already came from Angola, Nigeria, Sudan, or South Africa.

In the realm of diplomacy, India is working together with various Sub-Saharan African countries through the Non-aligned Movement (NAM), the G-20, or the G-77. With South Africa, India regularly works together in the frame of the BRICS and the IBSA (India-Brazil-South Africa) Dialogue Forum. This is flanked by extensive military engagement; India regularly trains African officers in India and has advised in the setup of military training institutions. More importantly, India has entered defense agreements with Mozambique, Madagascar, and the Seychelles. India has rented land in Madagascar in order to construct a radar surveillance station to monitor shipping movements. The Indian Navy has become an increasingly active player in the Indian Ocean Rim, protecting Indian vessels against pirate attacks. IBSA-MAR (India-Brazil-South Africa-Maritime Exercise) was the first major military cooperation in the sphere of South-South cooperation. India’s defense sector has supplied patrol vessels and light helicopters to several African states, and has also provided soldiers for several UN Missions in Africa.

A unique element of India’s Sub-Saharan Africa engagement is its increasing involvement at the pan-African level. The Indian Ministry of Petroleum and Natural Gas, together with the Federation of Indian Chambers of Commerce and Industry (FICCI), organized the first pan-African India-Africa Hydrocarbons Conference in 2004. In addition, there is the India-Africa Partnership Conclave for direct business-to-business opportunities and institutionalized cooperation with all African Regional Economic Communities (RECs). Besides, two significant Africa-India Forum Summits in 2008 and 2011 have taken place. The project with the largest pan-African impact is the Pan-African e-Network, a $116 million joint venture together with the African Union (AU). The project aims at eventually implementing an Africa-wide network for tele-education, tele-medicine, or video-conferencing. As a consequence of these various pan-African approaches, India has been able to open several new and profitable channels for doing business and political cooperation, transcending the narrow limits of mere bilateral relationships.

Finally, the sizeable Indian diaspora, particularly in East Africa and Southern Africa, has started to serve as an economic and political transmission belt between India and Africa. Out of twenty-five million people of Indian origin (PIO) living outside India, six million of them are estimated to live in Sub-Saharan Africa. This diverse expatriate diaspora covers second and third generation Indians, laborers, and wealthy businessmen, and, despite its economic unevenness, forms a valuable resource in terms of remittances, development, and business opportunities.

Out of all of this, new dimensions of India’s foreign policy have emerged, namely the integration of commercial and political diplomacy, and the Indian desire to play the role of an active entrepreneur willing to compete with China. Both countries have been genuine competitors, especially in the field of hydrocarbon exploration rights and land acquisition, with India having lost a number of bidding rounds against Chinese companies that successfully employed money politics and political leverage. In the past years, however, several bidding rounds – Angola and Nigeria –  have now gone to India. It not only offered high sums of money, but also, at the same time, promised large investments in infrastructure and especially employment to African workers.

These examples display a special “Indian way” of dealing with Africa, distinguishing Indian engagement from that of other countries. For one, India can now reach out to every single African state, either bilaterally, in the frame of a REC, and especially in its unique pan-African projects. India’s behavior and concomitant high reputation has, in a way, turned it into a role model for other states, especially China. After India handed over the Pan-African e-network to the AU, China subsequently followed India’s pan-African approach and built the new headquarters of the AU. Besides, recent studies have shown that India focuses on ownership and provides employment for Africans. The consequence of India’s engagement is that Sub-Saharan Africa’s support for India will considerably increase India’s international leverage and bargaining power in its position as an international stakeholder. In international fora such as the UN or WTO, this special relationship will have long-lasting repercussions. During the India-Africa Forum Summit in 2011, all present African countries officially declared that they supported India becoming a permanent member of the UN Security Council.

The different Indian strategies of engagement show that India now has the potential to become a real game changer in the new scramble for Africa and will impact the way other countries think about and deal with engaging Sub-Saharan Africa.

Dr. Arndt Michael is a Senior Lecturer at the Department of Political Science, University of Freiburg, Germany and author of the multi-award winning book India’s Foreign Policy and Regional Multilateralism (Palgrave Macmillan, 2013).