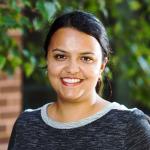 What are the economic costs of ill-functioning Indian land markets? The news and public policy discussions on land often revolve around land acquisition by governments, like the Tata Nano Singur case or the Land Acquisition, Rehabilitation, and Resettlement (LARR) Act of 2013. But the use of, or lack thereof, eminent domain stems from fundamental problems that make Indian land markets malfunction.

Sources of Land Frictions
The sources of malfunctioning or frictions with the land markets are many. Like many South and South-East Asian countries, India’s complicated inheritance system has resulted in small land parcels, with land fragmentation increasing over time. The average landholding size among land zoned for agricultural purposes was 1.1 hectares (2.7 acres) in 2015, down from 2.3 hectares (5.7 acres) in 1971. In addition to small parcels, unclear land titles and slow-moving courts make buying land in India inherently risky. Furthermore, regulations around land rezoning, particularly buying land historically zoned for agricultural use, involve lengthy bureaucratic and legal hurdles.

Frictions in the land markets affect many aspects of the Indian economy. For example, the ill-functioning land markets affect the growth and shape of Indian cities, internal migration, infrastructure development, crop choice, farmer incomes, manufacturing productivity and growth, and the economy’s structural transformation.

Consequences of Land Frictions in Agriculture and Manufacturing
68 percent of farm holdings in India are considered marginal farms—less than 1 hectare (or 2.5 acres in size). In contrast, Pakistan and the U.S. have 36 percent and 0 percent marginal farms, respectively. In conjunction with policies and regulations, small farm sizes make land consolidation difficult and have a detrimental effect on agricultural productivity. For example, research has shown that strict land tenancy laws adopted post-Independence have resulted in lower rental market participation levels and, thus, reduced farm productivity by 38 percent on average. Another consequence is that these marginal farms cannot adequately mechanize, efficiently grow cash crops, and benefit from returns to scale.

Consider an illustrative example of land aggregation for an automobile plant in the U.S and India. For its Fort Wayne auto plant in Indiana, GM acquired 379 hectares (936 acres) of land from 29 owners in two months. By contrast, consider the infamous case of the Tata Nano plant, where the government of West Bengal combined 404 hectares (997 acres) of land by aggregating over 13,970 land parcels owned by 12,000 landholders.

My research finds that in response to these land frictions, manufacturing firms aggregate land in what I call the small land bite strategy. They accumulate parcels slowly over time in small land bites, sometimes waiting for years before they have adequate land to build. Private firms add land in smaller bites than government-affiliated firms. In addition, they must take more land bites over the years before building on it. Firms in states with smaller land parcels like Bihar and West Bengal also employ the small land bite strategy, unlike firms in states like Punjab and Gujarat, where land fragmentation is lower.

Moreover, firms have to bear substantial aggregation costs over and above land sale price. These costs result from search costs, negotiation efforts, and lawyer fees. Land aggregation costs come in two forms: fixed and variable costs. If the sheer endeavor to aggregate land is so costly that no matter how much land one gets, it is expensive to do so, then fixed costs are high. On the other hand, variable costs increase with the size of the land.

Policy Efforts
What is the path forward? First, we must acknowledge that substantive farming on marginal farmlands provides economic security and is the only source of income for millions of households, even if that land is not used productively. However, even if we only cared about maximizing the benefit of marginal farmers, there is no reason that policies that would aid in land consolidation within agriculture are illegal in India today.

However, suppose a hypothetical social planner were to maximize the gross return on land across different potential land uses. In that case, it is essential to recognize that several marginal farms are one of the most significant sources of friction. This does not mean that we return to the days of land acquisition, which was both unfair and politically challenging, but was a shortcut to bypass the land aggregation costs. A market solution, where agents bargain and exchange land until there are no more gains from trade, is unlikely to work in India, given the scale of land aggregation frictions. This leaves us with two prospects.

The second prospect is to lower the land aggregation costs, reducing the overall costs for the government and private land aggregators alike. To so do, the government has already started the first step of digitizing old paper records. 94 percent of 302 million records of registrations (ROR) are already digitized. In addition, 13.5 percent of the village land maps have been resurveyed, although whether these map records are linked with the ROR and court system varies across states. Once these fundamental hurdles of digitizing and resurveying are cleared, land fragmentation will continue to pose significant challenges for land aggregation, albeit to a lower extent.

This is the final article in a series of guest-edited IiT short series. The articles in this series seek to understand India's economic future and its prospects for structural transformation. The first article takes stock of the health of India's sovereign debt and gives an overview of the consequences and possibilities in the immediate future. The next three articles focus on three major national endowments that have been neglected in the course of our development trajectory—the second article focuses on labor force participation of women, the third on water, and the fourth on land. The ability of the sovereign to spend on nation building, along with how we use our endowments, will be key in determining our future.
(Guest Editor: Shoumitro Chatterjee, Assistant Professor of International Economics, SAIS, JHU)