"Reshaping the Social Contract: Emerging Relations Between the State and Informal Labor in India," Rina Agarwala. Theory and Society 37:375-408 (2008)

Report of the National Commission on Labour (NCL). Government of India: Ministry of Labour and Employment and Rehabilitation. 1969

The Second National Commission on Labour Report. Government of India: Ministry of Labour and Employment. 2002 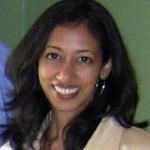 Since the 1980s, the world’s governments have decreased state welfare rhetoric and policy, and the proportion of unprotected “informal” workers has expanded. The result has been an increase in the proportion of the world’s workers who do not receive secure wages or social benefits from employers or the state. India is no exception to these global trends; according to the Government of India’s 2005 Sample Survey on Employment and Unemployment (NSS) 93 percent of India’s total labor force, and 82 percent of its non-agricultural labor force is informally employed. Informal workers produce legal goods and services, but engage in operations that are not registered or regulated by fiscal, labor, health, and tax laws. They construct buildings, clean homes, sew clothes, and weld car parts. They have grown in times of economic crisis and expansion; recently, they have re-emerged even in rich countries. In other words, informal workers are not the “marginal” or “temporary” entities depicted in early development theories. Rather, they are – and have always been – central to the sustenance of modern economies.

Despite their contributions, informal workers in India and elsewhere live in dire poverty and insecurity. In most countries, informal workers remain invisible on national-level labor force surveys, and they are not eligible for state-supported labor benefits. They often work in harsh conditions in the seclusion of their home or unregistered work-sheds. Although they operate outside state jurisdiction, state rhetoric on informal work is becoming increasingly favorable. In India, for example, as stated in the 1969 Report of the National Commission on Labour (NCL) Employment and Rehabilitation, the government strove to ensure “secure, state-protected employment for all Indian men.” However, by 2002, the NCL promoted the growth of informal employment as “the primary source of future work for all Indians.”

What is the world's growing mass of informal workers doing to improve their livelihoods? Scholars and activists decry the shrinking size and declining power of conventional trade unions to protect workers in the contemporary era of neoliberal globalization. Moreover, they argue, informal workers are unable to organize given the decentralized structures of their work and the growing popularity of decreased state intervention in labor rights. In India, these assumptions are so deep that the terms “informal workers” and “unorganized workers” are used interchangeably. As a result, informal workers appear in recent literature as victims, shorn of agency.

Given this context, it is puzzling to see the recent evidence of informal workers’ ability to organize and attain state-provided welfare benefits from the Indian state. In 1999, the Government of India counted informal workers in the NSS for the first time. According to the 1999 NSS, 8 percent of informal workers are members of a trade union. In 2002, The Report of the Second National Commission on Labour promised to create an umbrella legislation that could ensure a minimum level of protection to all workers, even those in the informal economy. In December 2008, the Indian parliament passed the Unorganized Sector Workers’ Social Security Bill to cover informal workers’ life, disability, health, and old age insurance. Although the Act has been heavily criticized by informal and formal labor organizations, it stands as a testament to the government’s perceived need to exhibit attention toward informal workers’ welfare. The largest program under this Act, The Rashtriya Swasthya Bima Yojana (RSBY) or “National Health Insurance Program” provides 750 dollars to informal workers’ families to cover medical expenses at participating hospitals. At the state and industry level, a plethora of additional legislations exist to provide some protections for informal workers. If the Indian state is pulling back on labor protections and the Indian labor movement is dwindling, who pushed forth these policies, and how effective are they?

To examine these questions, I explored informal workers’ alternative movements in India and utilized a two-pronged methodological approach that combines a micro-level ethnography with a comparative analysis across three Indian states (Tamil Nadu, Maharashtra, and West Bengal) and two industries: construction and bidi (hand-rolled cigarettes). The evidence draws on over three hundred in-depth interviews with informal workers, government officials, and union leaders. 140 of these interviews are with informally employed women workers who are members of an informal workers’ organization.

Contrary to popular belief, informal workers in India are finding new ways to advance their humanity even in the current era of flexible labor markets. To fit their unique work circumstances, they have made several changes to conventional labor movement strategies.First, because informal workers are not coming together on a shop floor every day, they organize around the neighborhood. Second, because they have no legal right to make demands on their employers, they are using their power as voters to make demands on the state. Finally, since the target of their demands has changed, the nature of their demands has changed from traditional work benefits – minimum wages and job security – to welfare benefits – education scholarships, houses, and health clinics. These strategic changes enable Indian informal workers to bypass their employer, avoid disrupting production, and protect their fragile incomes. They also impact all household members, many of whom are involved in the informal work.

In addition to drawing new material benefits from the state, informal workers’ alternative movements are fomenting unique gender and class identities among contemporary workers. Women are spearheading these movements to expose the increasingly blurred lines between the private and public spheres. In the case of bidi, for example, the home is the workplace, and in the case of construction, the workplace is the temporary home. By establishing state responsibility for their unique interests in the productive and reproductive spheres, informal workers are exposing the interdependence between the two spheres. In terms of class, informal workers are forging a new identity that connects them to the state through their social consumption needs, rather than identifying them as antitheses to capital. Informal workers fight for employee recognition from the state, rather than from the employer. To attain the attention of elected state politicians, informal workers utilize a rhetoric of citizenship – rather than labor – rights. Unlike other interest groups, informal workers address the sources of their exploitation in the class hierarchy.

Rina Agarwala is an Assistant Professor of Sociology at Johns Hopkins University. She specializes in labor, gender, and migration. She can be contacted at: Agarwala@jhu.edu

India in Transition (IiT)is published by the Center for the Advanced Study of India (CASI) of the University of Pennsylvania. All viewpoints, positions, and conclusions expressed in IiT are solely those of the author(s) and not specifically those of CASI.