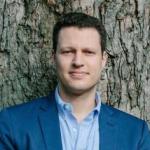 India’s urban slums have attracted considerable media attention for their vulnerabilities in the spread of COVID-19. These are crowded, low-income neighborhoods that are often settled in an unplanned manner, resulting in a haphazard sprawl of jhuggies (shanties) strung together by narrow alleyways. Residents frequently confront inadequate water supply and sanitation, and face insecure residential status due to weak or absent formal property rights. These conditions generate immense challenges to social distancing and virus-fighting hygiene practices.

India’s stringent lockdown has amplified economic distress in slum settlements, where most residents work in the informal sector—casual laborers, street hawkers, domestic workers, autorickshaw drivers, and a long list of other tenuous jobs—and depend on day-to-day earnings to provide for their families. Slowed economic activity has thrown many of these families into an even deeper state of precarity.

UN-Habitat puts these threats to health and livelihoods in stark terms: “The impact of COVID-19 will be most devastating in poor and densely populated urban areas, especially for the one billion people living in informal settlements and slums worldwide.”

Researchers and international agencies are calling for “community-driven solutions” in the fight against COVID-19. For example, a Social Science in Humanitarian Action report argues: “It is crucial that responses to COVID-19 are organized through…groups and leaders [in informal urban settlements] who know their settings best and have existing links to residents.” Such bottom-up approaches demand an understanding—in context—of the contours of informal community governance in slums.

How, then, are residents of India’s slums organized to deal with threats to their security and well-being? Who are the “leaders” in these neighborhoods, and to what extent can government agencies and civil society organizations partner with them to slow the virus’ spread and mitigate the economic hardships associated with containment measures?

Central to political life in India’s slums is the basti neta, or slum leader. These are informal, non-state actors who live in slums and face the same risks of eviction and underdevelopment as their neighbors. They emerge from the ranks of ordinary residents because they possess attributes that allow them to get things done in the city. Literacy and some formal education are two such attributes, as slum leaders must be able to write petitions and navigate government institutions.

Slum leaders are widespread—108 of the 111 settlements I surveyed for my book had identifiable, resident-acknowledged slum leaders. Most settlements had multiple slum leaders, competing with one another for a following of residents.

In contrast to popular images of gun-slinging goondas, the informal authority of slum leaders rests foremost on their demonstrated efficacy in solving resident problems, not their capacity for violence. My fieldwork and survey data show that slum leaders perform a wide range of activities for residents. The most common are helping residents secure ration cards and petitioning officials for public services like paved roads, piped water, drains, and streetlights. They also engage in dispute resolution, organize residents to fight eviction, and spread information about government programs for the poor.

Slum leaders do not engage in these activities out of altruism. Instead, slum leadership brings with it a daily stream of fees from residents seeking help in accessing public services. During elections, parties give money to slum leaders in exchange for their efforts in mobilizing and swaying local voters. Access to these material spoils depends on building and maintaining a following of residents through problem solving.

Most slum leaders across the 111 sampled settlements were party workers (karyakarta) in the Indian National Congress or Bharatiya Janata Party. As such, they are embedded in hierarchical party networks that connect them to political elites. In this role, slum leaders are tasked with organizing rallies, encouraging election-time turnout, and persuading voters, sometimes by distributing small gifts—cash, food, and liquor.

In short, India’s slums have durable and active forms of informal leadership. Slum leaders engage in routine acts of problem solving for residents and operate within party organizations and neighborhood associations. Community responses to the pandemic will, in part, hinge on their grassroots leadership.

COVID-19 and Community Action
India’s slum leaders will continue their problem-solving activities during the pandemic, though the focus of those activities will pivot to requesting urgently needed government relief. The strategies they use to demand public services will likely pivot as well, given current constraints on group-formation and movement. In “normal times,” slum residents frequently engage the state in groups because it signals lokshakti, or “people power”—that a group of residents is standing behind the claim, ready to exercise their power as voters at the ballot box or protesters in the streets if their demands are ignored. These forms of collective action are dampened in the context of the lockdown.

To illustrate pandemic-time problem-solving, one slum leader in Jaipur told me over the phone on April 5—at the height of the lockdown—that he and a group of other informal leaders in his settlement are helping residents secure food. They regularly communicate with their parshad (municipal representative) over the phone or WhatsApp to request rations. They also spread word about the importance of social distancing: “We try to raise awareness among residents to follow social distancing. We also see if there are people who don’t have enough money and are now struggling to get food.”

Slum leaders should, of course, not be romanticized, and their ability to inclusively assist residents over-estimated. Their responsiveness to residents can be uneven and shaped by caste, gender, and religion. As party workers, they can be driven by the compulsions of electoral politics—privileging co-partisan residents over those who support opposition parties. They often receive benefits for engaging in slum leadership, introducing the possibility of capture in the distribution of public resources. In my surveyed settlements, women were much less likely to become slum leaders and be included in development committees, marginalizing their voices in local decision-making. Efforts to harness community participation must anticipate and address these features of slum leadership.

Such efforts must also appreciate that slum residents often experience the state as something that is dismissive and discretionary—and violent. The diminished trust in the state that results from these experiences weakens the potential for state-society collaboration. Residents turn to slum leaders to get help cutting through dense and inhospitable government institutions, though the ability of slum leaders to engage in these in-person go-between activities is curtailed under the lockdown.

Slum leaders are, nevertheless, the influential, neighborhood-level actors that government agencies and civil society organizations will encounter when making local interventions. Understanding their role and activities—and acknowledging the challenges that accompany their participation—are critical to community-driven approaches to slowing the spread of the virus and reducing economic distress in the weeks ahead.

Adam Auerbach is an Assistant Professor at the School of International Service, American University and the author of Demanding Development: The Politics of Public Goods Provision in India’s Urban Slums (Cambridge University Press, 2020).