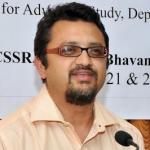 Is NREGS suffering a mid life crisis or are we staring at its death? From a budget of INR 401 Billion in 2010-11, it has plummeted to INR 330 Billion in 2013-2014. Given the much higher wages currently offered to workers, it has taken a serious hit. The position taken by government officials (and many economists) is that there is a general lack of interest in NREGS. The rise in agricultural real wages over the period 2004-05 to 2011-12, coupled with a general dismay regarding quality of assets produced and evidence of corruption, has led to a call for a scaling down of NREGS. The natural question is: should NREGS be retired or scaled down, having served its purpose or does it need a revamp. And if so, what issues have to be addressed?

NREGS, a public workfare program, guarantees a hundred days of employment on a local public project to each household in rural India at a fixed wage. This demand-driven approach is a departure from a targeted policy regime, which requires identification of the poor, often leading to cases of misclassification and inappropriate exclusion from benefits. The NREGS, using the language of “rights,” made a splash with large increases in funding. The Sampoorna Grameen Rozgar Yojana (SGRY), its predecessor, had a budget outlay of INR 45 Billion in 2004-05; NREGS had a budget of INR 113 Billion in 2006-07 for only 200 districts. The “cost” of such a funding increase came with an underlying belief that NREGS would be the “silver bullet” and provide employment to the poor unskilled workers while producing durable assets.

These beliefs were borne out to a certain extent. By 2010-11, it generated 2.5 billion person-days of work, an unprecedented scale of public employment in rural India. The financial years post 2010-11, however, saw a change in momentum, a fall in funding and person days of employment. Many pundits saw this as a clear sign that the rural economy does not need NREGS anymore.

Given this trend, a closer look at Rajasthan provides us some answers. A survey of 328 villages and 3,916 households across 8 districts in 2013 revealed that while 89 percent of the households surveyed were interested in doing NREGS work, only 61 percent formally requested work (Himanshu, Mukhopadhyay, and Sharan 2014). Moreover only 68 percent of the households claimed to have done some work on the NREGS in the last 365 days. Focus group interviews at the village level also revealed a similar picture.

The key innovation in NREGS is demand-based public work provision. Deeper probing in the survey revealed that 83 percent of the households interested in NREGS work, did not request work because they believed that “villages get work only when it is available.” Is a de-facto top down fund allocation mechanism masquerading as lack of demand for the NREGS?

The big difference between NREGS and its predecessors is that allocations in NREGS, have to be responsive to demand. In the past, algorithms based on the poverty rate, proportion of disadvantaged communities, and agriculture productivity determined fund allocations to states and districts. Since NREGS fund allocations need to cover demand, information on demand needs to pass seamlessly through the system so that there are no funding bottlenecks. However, the fact that there is significant unmet demand reveals that we may have, over the years, returned to the old model of fund allocation where household and local bodies take funds as given from above.

NREGS aimed to use “Panchayati Raj” institutions, in addition to the administrative machinery, to ensure that the household request for work was registered and that such demands were collated at the block level, subsequently passed on to the district and then to state and central governments. In theory, funds would flow passively in response and satiate the demand for work.

Panchayati Raj institutions are comprised of democratically-elected members who form councils at the level of Gram Panchayats (collection of villages), blocks and districts. Block and district elections allow formal partisan affiliations. Gram Panchayats are expected to help with gathering demand requests and proposing projects which are then passed on to the block level. The Panchayat Samiti, together with the block administration (usually the Block Development Officer) is supposed to come up with a block plan after taking such demands into account. These are then passed on to the district where the Zilla Panchayat works with the district collector to approve the block allocations.

Given the political nature of these bodies, it is natural that politics would be enmeshed with fund allocation decisions. Studying Panchayat Samiti elections (2004 and 2010) and block level fund allocations in Rajasthan (in 2009-10 and 2012-13), Bhanu Gupta and I found that, among closely contested blocks in the previous election, larger funds, were subsequently allocated to blocks where the Indian National Congress (INC) had a lower seat share of Panchayat Samitis (covering a quarter of all seats). This pattern was only true when the Member of Parliament, a member of the Zilla Panchayat that approves the block budget, was from INC.  This suggests that a distortion in the NREGS fund allocation mechanism, that should depend solely on the economic attributes of blocks.

The lack of transparency in the mechanism of funds transfer is responsible for undue influence from above in fund allocation procedure. This undue influence flowed through a priority list of projects determined at the block and district level, a contradiction to the spirit of NREGS where all suggested projects should have been funded so as to provide employment to all demanders. Another measure that increased the discretionary power of officials was the mandate of a 70:30 ratio between labor and material expenditures. This meant that each project had to be vetted, and with that came discretionary power and importance of influence.

The case of Rajasthan makes it clear: NREGS needs to live on but is threatened by the undermining of its driving force, demand-driven work provision. While one obvious solution to these problems is better demand registration procedures, other fundamental questions also need to be addressed. Given weak institutions, is it possible to combine demand-based work provision, with efficient fund allocation mechanisms? Can dependence on Panchayati raj institutions, members of which also have a partisan mandate, be effective enough to bring about efficient allocation? The experience of NREGS suggests that more thought needs to be put into its implementation. Until policy makers respond accordingly, we’ll keep repeating ad nauseam that “another one bites the dust!”

Abhiroop Mukhopadhyay is an Associate Professor of Economics at Indian Statistical Institute, Delhi.