"Indian election campaigns have made hate speech and the politics of division the new normal," Samir Nazareth. South China Morning Post, May 7, 2019

"The Roots of the Delhi Riots: A Fiery Speech and an Ultimatum," Jeffrey Gettleman, Suhasini Raj, and Sameer Yasir. The New York Times, February 26, 2020

"Bodo Peace Accord 2020: A look at timeline of major events in long standing conflict in Assam," First Post, January 29, 2020

Power, Peripheries, and the Indian State 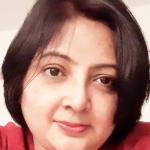 As somebody who spent more than a decade in Delhi, the current atmosphere of violence in India’s capital city deeply saddens me. But I am not surprised. Maybe because I come from a part of India—its troubled Northeast periphery—where such violence was a part of life. Or maybe because I realize what is happening in the heartland today is only an extension of what has been happening in the periphery since it became a part of the Indian Union: the patriarchal Indian state establishing its hegemonic masculinity, directing its machismo at marginalized communities, and fragmenting the solidarity between them to disempower them.

Large-scale protests against the Citizenship Amendment Bill/Act (CAB/CAA) started in the Northeast Indian states of Assam and Tripura in early December 2019, before they spread to the rest of India. Within two weeks, five people were killed in Assam, among them two teenagers, Sam Stafford, 17 and Dipanjal Das, 18. This is not surprising in a region that has faced the machismo and military might of the Indian state since its inception. Sam and Dipanjal were shot in Assam while the Bharatiya Janata Party is in power; civilians were dragged out of their homes and killed in “secret” by state forces during the 1990s when the Congress party ruled in the state. State-sponsored violence has a long history in all eight Northeast states, irrespective of the ruling government. For example, the Congress party’s Indira Gandhi ordered the Indian Air Force to bomb civilians in Mizoram in 1966, and the Janata Dal’s Morarji Desai proclaimed to Nagaland’s nationalist leader Phizo in 1973, “I will exterminate all the Naga rebels. There will be no mercy.”

The Indian state’s inability to accept the periphery as an integral part of the country and its tendency to treat the periphery’s people as subjects rather than citizens has shown through direct violence and largescale violations of human rights. But informing it is a culture and rhetoric of violence that is very much a part of the state’s self-imagination—one which feminizes the national body and imposes upon its sons the duty of protecting the feminine imagination by being decisive, aggressive, and battle-ready. This imagination has been reinforced by mainstream Bollywood films like Roja (1992) and Border (1997) that symbolize the need for the people of the country to “man up” and defend the honor of the nation, embodied sometimes as mother, sometimes as beloved, but always the woman. Today, the mainstream news media, too, is “war-crazy” and demands that the state should display its aggressive might to protect the national “self-respect.” Hate speeches and the rhetoric of polarization characterize political discourse which, in turn, informs the current blood bath on the streets of India’s heartland.

In this heartland, people of the Northeast have always been racially othered, and at times killed. The 2014 death of Arunachal Pradesh student Nido Tania in New Delhi is the most potent testimony of how the policy approach of the Indian state toward its peripheral subjects is reflected in the popular imagination. This same imagination is at work now, creating other peripheries and marginalized entities—gendered and/or religious—within the mainland while subjecting them to the kind of toxic masculinity and aggressive machismo that kept the periphery simmering violently for decades. That the recent violence in Delhi should erupt within hours of a local politician’s diatribe against women leading a sustained protest against the anti-Muslim CAA is indicative of this.

Marginality, after all, is a relational concept and new margins are created when centers shift in response to changing power dynamics. When the protests against the CAA were taken up on the mainland, the state’s focus moved away from the periphery. It handled the periphery’s political resistance as it has historically done, from flexing its military muscles to co-opting the leadership. Thus, after disconnecting mobile connectivity in parts of the Northeast, imposing curfew, and killing unarmed protesters, it doled out political and financial sops to community leaders by signing an agreement here and instituting a “high-level’ committee there. Since citizen artists were leading the anti-CAB/CAA movement, the glitzy world of Bollywood served to distract them; for the first time in its history, Bollywood’s Filmfare Awards were held outside Mumbai, in Assam. The state then returned its attention to the mainland where cultural and historical processes, policy, and rhetoric had been gradually polarizing people—privileging some, marginalizing others.

When margins are pitted against centers of power, the focus remains confined to the differences between the binaries; critical feminism teaches us that this often tends to obfuscate the differences within the entities at the opposite ends. Differences within the mainland have deepened and boundaries between communities there congealed following a trajectory similar to the process of ethnic fragmentation in the Northeast. With the entrenchment of patriarchal structures in politics and society, the feminized and/or dehumanized other is denigrated, alternative narratives are silenced, and aggressive machismo is promoted to divisive and violent ends. This is how the dominant Axamiya community, for instance, started echoing the hegemonic masculinity of the postcolonial Indian state in its relationship with smaller indigenous and settler communities of Assam, mirroring the same machismo that the Indian state displayed. It is a process that was replicated ad infinitum to turn ethnic groups in the Northeast against each other when they started voicing their legitimate political rights within the Indian state. This is also how voices of peace and solidarity are being crushed on the mainland today.

The Indian state understands that peace is powerful, too, and solidarity is what sustains resistance among the marginalized—power “with” as opposed to the hegemonic notion of power “over.” It is the power that prompts people of the other states of the Northeast to extend support to the protests in Assam and Tripura despite the fact that many of these states are exempted from the CAA. It is also the power that has Hindus helping Muslims in Delhi, and Sikhs sheltering the violence-affected in their gurudwaras. It is the power that the marginalized everywhere need to reclaim and practice. It also means that the people of the mainland should overcome their endemic lack of understanding of the Northeast’s complicated and conflictual history of association with India. Accusations of xenophobia and “ethno-fascism” are being leveled against the people of Assam who are not protesting against the anti-Muslim nature of the CAA. They are protesting against the act itself because it has rejuvenated old fears and threatened the fragile peace of the recent post-insurgency years.

The marginalized micro-communities of the Northeast fear losing their identity and livelihood to numerically stronger and politically powerful migrant populations. This is a very real fear based on the historical experience of, for example, the Kokboroks of Tripura or the Axamiya of Assam who were, at different times in history, overwhelmed by Bengali migrants from East Bengal (now Bangladesh) and West Bengal (on the Indian mainland). It is this fear that has been manipulated by the state to turn indigenous, autochthonous, and settler populations in the region against each other, and against migrant populations who are demonized and dehumanized. Instead of formulating clear policies that regulate population flow and regular commerce in a region that is geographically and ethnically connected to India’s eastern international neighborhood, the state plays on the geo-political insecurities of the region to keep it in turmoil by fostering shadow economies and ethnic conflicts. Often then, the 21-km wide land corridor that connects the periphery with the mainland—Chicken’s Neck—takes on a symbolic meaning.

What India needs today is empathy and understanding between the marginalized constituencies so they can stand up together in solidarity. Breaking down the structures of violence and confronting the politics of fragmentation alone can ensure a peaceful, sustainable future. For this, the mainland needs to learn from the Indian state’s experiments with marginalization and power in the periphery. The periphery and the mainland need to heal together.

Uddipana Goswami is a Lecturer at the Center for Programs in Contemporary Writing, University of Pennsylvania, and author of Conflict and Reconciliation: The Politics of Ethnicity in Assam (Routledge 2014). She is working on a new book on the topic of gender and ethnonationalist conflicts in India’s Northeast.