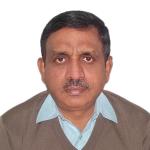 One of the flagship programs of the United Progressive Alliance (UPA) government, the National Rural Health Mission (NRHM) has been hailed by leading health economists as one of the “the most ambitious rural health initiative ever.” The stated goals of the NRHM were to “provide effective healthcare to rural population, especially women and children, with special focus on eighteen states – Uttar Pradesh, Madhya Pradesh, Bihar and Rajasthan Jharkhand, Chhattisgarh and Orissa, the eight north-east states, and the three hilly states of Jammu and Kashmir, Himachal Pradesh and Uttarakhand – which have weak public health indicators. This would mean improved access, equity, quality, accountability and effectiveness of public health services.”

The context of the NRHM was an electoral mandate that was interpreted as requiring the strengthening of public health services with a major emphasis on primary health care. There were also much greater funds available due to years of good economic growth, and there was a change in perception in international and national economic thinking which called for investments in public health systems as a desirable. The escalating cost of health care had become not just a barrier to accessing health services, but a major contributor to decreased productivity and impoverishment, with an estimated 2 percent of the population slipping below the poverty line every year due to health care costs alone.

As the eleventh plan period comes to a close, progress across states is varied and there is considerable debate about whether the resources were efficiently utilized and whether the large gap between achievements and targets requires a need to re-think directions or persist with the same. This needs to be viewed in the background of the debates at the time of NRHM design. The then-direction of moving away from public provisioning to public financing as the main role of the state was reversed by NRHM, but many planners had never been comfortable with this political choice. The distressing news of not only financial misappropriation, but murders over NRHM funds from Uttar Pradesh, added to the public perception of NRHM having been a lost opportunity, and to the determination at policy-making levels to push for alternatives to public provisioning of services.

Though there are a number of evaluation studies of NRHM components that were informative to program implementors, there were none which were extensive, comprehensive, or authoritative enough to be able to speak to key policy makers. Impact measurements in such large scale complex health programs pose their own intractable problems.

Further judgments on the successes or failures of NRHM have to be read in context. Take, for example, the target of converting all existing primary health centers into viable 24/7 facilities at least for Reproductive and Child Health (RCH) services. The total numbers of primary health facilities in India (excluding both sub-centers and district hospitals) is about 30,431. Of these, only 2,243 facilities – about 7 percent – could qualify as 24/7 facilities when measured at the baseline. Over the last seven years, this number has grown to 14,676, but is still a net achievement of only 48 percent of the target and only a 35 percent achievement in the high-focus states. Thus, it would be legitimate to call the one-third achievement in high focus states a failure, but it would also be equally correct to call this over 500 percent increase a success. This pattern of achievement can be seen across many targets. The all-India number of First Referral Units (FRUs) would only be 4 percent less than required. Similarly, the seven high-focus states, which account for almost three-fourths of all maternal deaths, still have a 39 percent shortfall of the minimum international norms for access to emergency obstetric care (though it is an increase of six times over the baseline). Quality of care improved in terms of availability of infrastructure, human resources, drugs and equipment, and even patient satisfaction, but did not reach desired levels by either Indian public health standards, or internal quality audits. Emergency Response and patient transport systems, which were negligible in 2005, rose to about seven thousand ambulances across twenty-three states, linked to centralized round-the-clock call centers, and which could reach the emergency call location within forty minutes, even in rural areas.

The pattern is similar even on core health outcomes. Infant mortality, for example, declined from fifty-eight to fifty-seven infant deaths per one thousand live births in the first year of NRHM, by two points in the next two years, and further accelerated to three points per year in the next two years to reach forty-seven. But what was needed to achieve targets was an annual five per one thousand point decline. We have a similar scenario in maternal mortality and in the reduction of total fertility rates. Though the gaps between achievements and targets are largest in the eighteen high-focus states, the rate of change has been more rapid in these very states.

The NRHM Framework for Implementation document had made a projection of requiring the spending of Rs 175,000 crores over the seven-year period to achieve the targets. The actual release was in the range of Rs 60,735 crores (about one-third and the level of achievement vis-à-vis targets are in line with this). Absorption of funds had been very poor in the first three years, but then picked up in the next years, but by which time there were problems of lack of confidence, fatigue, and reluctance to ratchet up the program even further.

One factor that clearly explains the varying performance is the different baselines. However, the major explanations for under-performance and the delay in pick-up were the enormity of the institutional barriers and constraints that had to be overcome. One major institutional issue is that in India’s federal polity, health services are a state subject, and central government role was hitherto limited to a family planning and a few national disease control programmes. NRHM was thus essentially a plan for financing the strengthening of health systems, where the accountability for implementation was with the states. The state plans however had to conform to a commonly agreed upon framework of implementation, which included many elements of what was termed “architectural correction.”

Some of the major elements of this framework were an emphasis on community processes and the demand for side financing measures like the Janini Suraksha Yojana, which could promote better health-related practices, prevent diseases, and ensure better utilization of government services. The phenomenal increase in institutional deliveries, and the substantial increase in immunization rates, was a result of these measures. However, states took time to organize the financial flows, and more importantly, to create the institutions which could select and train over 800,000 ASHAs (ie, community health workers) and support over 400,000 village health and sanitation committees.

Another reform measure was the creating of standards for public health facilities, and financing states to achieve these standards. In particular, this helped address the human resource scarcity in public facilities through both the creation of regular posts, and the induction of over 150,000 contractual staff members. However, in precisely those states that contained the most human resource gaps, barriers to speedy and appropriate recruitment, training and incentivization for getting them to work in difficult areas, and for setting up or revitalizing the medical and nursing educational institutions were the highest. Only in the last years of the NRHM did they manage to overcome these crippling barriers, moreso by taking advantage of the flexibilities that state planning under NRHM provided than due to any prior anticipation and planning for this process.

The third measure was the improvement in management and accountability through the creation of state and district health societies and facility level hospital development committees. It is worth asking why these new organizations performed admirably in many states, including high-focus states like Odisha or Assam, and so poorly in other states like Uttar Pradesh and Jharkhand. These new organizations helped fix problems of financial flow, and allowed for the induction of multi-disciplinary management skills. However, in terms of providing transparency and accountability, and in terms of responsiveness to local planning efforts, the critical institutional constraints were in the rules and practices of how key districts officers are appointed, reviewed, the incentives for good performance, and the flexibility available for financing facilities as per local requirements. Where these were weak – program funds coming in – actually exacerbated the problems. Where these were robust, funds could be absorbed more efficiently and honestly.

There is a lesson in this for the future of public health planning. When faced with problems in implementing schemes and plans due to institutional constraints, it is easy to propose new plans and newer institutional structures. The last ten years have seen six major efforts at new policy statements and plans, the latest being the report of the high level expert group set up by the planning commission. Each of these tend to bemoan the obvious lacunae and re-discover the same recommendations. Too often, the institutional barriers are dismissed as “operational” problems. But without seriously examining, understanding and addressing issues of institutional design in existing and proposed institutions, and without giving programs like NRHM the time, support, and space needed for institutional innovation, hasty alternatives are not likely to do much better.

Dr. T. Sundararaman is the Executive Director of National Health Systems Resource Center in New Delhi. He is a CASI Spring 2012 Visiting Scholar. He can be reached at sundararaman.t@gmail.com.