"Assessing the Scope for Cash Transfers in Lieu of the TPDS in Rural and Urban Bihar," Karthik Muralidharan, Paul Niehaus, and Sandip Sukhtankar. Pre-Pilot Study Summary Report. May 2011

What Determines MGNREGA Wages?: Some Evidence on Voice and Exit from Orissa 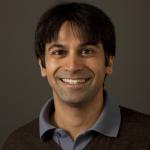 This year marks the six year anniversary of the implementation of the Mahatma Gandhi National Rural Employment Guarantee Act (MGNREGA), India’s landmark right-to-work program. The act guarantees one hundred days of paid employment to every rural household in India (up to 850 million people), regardless of eligibility criteria, and establishes the government’s flagship welfare program with an allocated central government cost of 401 billion rupees (or $8.9 billion USD) in 2010-11, which accounts for 3.6 percent of government expenditures. The program has many supporters as well as critics, with the former suggesting that it would transform rural areas, and the latter bemoaning large scale graft.

Despite the debate, however, it is difficult to evaluate overall program outcomes in a rigorous manner for a number of reasons. The fact that the program exists in all rural districts in India and expanded to cover these areas in a relatively short time frame leaves no comparison areas against which outcomes can be measured. Even if one were to use the staggered rollout of the program and compare initial program areas to latter program areas, the program’s scale very likely suggests that spillovers into the later areas are likely, biasing such comparisons. Finally, since there are no selection criteria and beneficiaries select into the program, comparing program beneficiaries to non-beneficiaries would be subject to selection bias. A scientific evaluation would have been possible before the program started, but the timeline of lawmaking in India does not allow for such considered analyses.

Does this mean that we should give up analyzing such an important program? Not necessarily. Perhaps a more fruitful, if narrower, approach is to analyze changes in program parameters in particular states. A number of such analyses exist, some of which are helpfully compiled on MGNREGA’s Web site. With my co-author Paul Niehaus, I have analyzed the effects of one such policy change: an increase in statutory daily wages in Orissa from 55 rupees to 70 rupees that took place on May 1, 2007. Wages are, of course, the key policy parameter in MGNREGA, and getting them right is important for both fiscal reasons as well as to prevent market distortions. When policymakers increase wages, they know that not all of this wage increase will be passed on to workers; some will be captured by local officials. How much of the increase passes through, and more pragmatically, what determines how much gets through and how much is lost, are questions to which policymakers ought to truly desire to seek the answers.

The evidence from Koraput, Rayagada and Gajapati districts in Orissa is somewhat depressing. Our original data from a large-scale survey of almost three thousand households reveals that none of the wage increase passed through. While official records report that paid wages increased from 55 rupees to close to 70 rupees on average, our household interviews did not corroborate this increase. Although prior to the wage change households received close to the statutory wage of 55 rupees per day, after the change actual wages did not increase at all. Our data help rule out simple explanations for the lack of wage pass-through. For example, it is not that households simply did not know about the wage change, as 72 percent did, nor is this “zero result” related to noisy data or simply a short-run equilibrium.

There are, of course, some important caveats to keep in mind while interpreting these results. The area we studied is fairly remote and known to be relatively corrupt, and our data – from mid-2007 – encompass what might be considered early days of the program. Yet, the lessons that we learned from digging deeper into the causes of the lack of pass-through may be applicable elsewhere.

Building off the seminal work of Hirschman, we examined two potential drivers of wages on MGNREGA in the presence of incomplete monitoring of officials: voice and exit. In our context, households have two potential responses if they are not paid the statutory wages prescribed by the government: they can complain or protest (ie, “voice”), or they can simply not work on the program and seek employment elsewhere (ie, “exit”).

Our results are inconsistent with voice being effective in guaranteeing payments to workers. If officials were indeed paying workers what they were owed to keep them from complaining, then an increase in the statutory wage would make complaining even more worthwhile, and hence we would expect to see large parts of this increase passed on to workers. The fact that complaints are ineffective will not surprise anyone familiar with this area; while the MGNREGA includes formal mechanisms for submitting complaints, in practice these may not work, especially in poor tribal areas like the one we studied. Although 36 percent of our respondents reported problems while working, only 7 percent said that they would try and resolve the problem by complaining to higher up officials. Fifty-three percent cited that the reason for this inaction were the costs of complaining, as workers have to travel far to block or district offices in an area with limited public transportation. Thirty-seven percent cited the likelihood that their complaint would not succeed, given that it would often be the case of the officials’ word against the worker’s. Under these circumstances, officials can short-change workers with impunity.

Why, then, were officials paying close to the statutory wage of 55 rupees prior to the change? The answer is that workers do have one source of bargaining power – exit – whereby they can simply not choose to work on MGNREGA. Officials prefer that at least some workers participate in the program, as it allows them to capture further rents from over-reporting work (i.e. if someone shows up for one day, they say he showed up for two days and pocket the extra money; it's much easier to do this than to say someone showed up for one day when he didn't show up at all). In this scenario, officials pay workers just enough – equal to the worker’s outside option – to induce them to work. We test the exit hypothesis by using village endowments of land and labor; workers’ outside options should be lower in places with relatively more labor to land, while MGNREGA wages should not, because they are set at a statutory rate and should not respond to labor surplus/demand. Indeed, we find that program wages received by workers were higher in labor-scarce places, suggesting that the ability to exit increases workers’ bargaining power and thereby drives program wages. Moreover, despite the controversy over MGNREGA driving up local wages and reducing labor supply for farmers during agricultural seasons, in this scenario we find that they merely respond to, rather than set, local wages.

The silver lining in all of this is that where NGOs are active, workers get more of the wage increase. Of course, this may simply be a correlation; perhaps there is some omitted factor related to where NGOs work that determines the increased pass-through, not NGOs themselves. But perhaps NGOs make workers’ complaints more effective, suggesting that strengthening workers’ voices might have some payback.

I conclude on a note that highlights the importance of conducting careful evaluations before implementing big policy changes. Technological solutions – for example, electronic benefit transfers connected to biometrically-authenticated IDs such as Aadhar – are often suggested as a mechanism that might improve effectiveness of MGNREGA wage payments. Karthik Muralidharan, Paul Niehaus, and I are conducting a randomized control trial to determine the effect of Smartcards on MGNREGA payments in Andhra Pradesh, with full support from the state government. Results from such experiments will help tell us whether workers on the program can eventually hope to receive their fair due.

Sandip Sukhtankar is an Assistant Professor in the Department of Economics at Dartmouth College. Email: sandip.sukhtankar@gmail.com