Presidential Legislation in India: The Law and Practice of Ordinances by Shubhankar Dam. (Cambridge University Press, 2014) 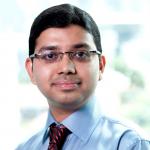 With the Manmohan Singh Cabinet giving up on its planned ordinance binge, a constitutional heist has been avoided. Six ordinances, reports indicate, were under consideration. Some of these were anti-graft measures intended to shore up Mr. Rahul Gandhi’s electoral prospects. Others, including the Disabilities Bill and the ST/SC (Prevention of Atrocities) Bill, were perhaps intended to shore up the social-democratic sheen of a moribund cabinet. But public criticism, political opposition, and most importantly, presidential doubt, it seems, got in the way of an otherwise convenient script.

Article 123 of India’s Constitution authorizes the president to promulgate ordinances if “he is satisfied that circumstances exist that render it necessary for him to take immediate action.” Such ordinances are like parliamentary legislation, but they may be promulgated only if either House of Parliament is not in session. Ordinances are temporary measures; to become permanent, they must be enacted into legislation within six weeks after Parliament comes back to session. Otherwise, they lapse.

651 ordinances have been promulgated between 1950 and 2009, at an average of 10.85 ordinances every year. Put differently, almost eleven times every year, Indian presidents came to the conclusion that circumstances rendered it necessary for them to take “immediate action.” Of course, decisions to promulgate ordinances are made by cabinets at the first instance, but require presidential assent to take effect. Have cabinets properly resorted to Article 123? Remember, they are limited only to circumstances when it is “necessary to take immediate action.”

As the first Prime Minister to work the Indian Constitution, Jawaharlal Nehru had a unique opportunity to define the limits of Article 123. He took that task rather lightly. In fact, three ordinances were promulgated on the very day the Constitution came into effect on January 26, 1950. And by the end of that year, eighteen more had been promulgated. The careless approach greatly bothered G. V. Mavalankar, India’s first speaker of the Lok Sabha. Worried that an easy reliance on ordinances would render Parliament irrelevant, he wrote to Nehru, saying that “the house carries a sense of being ignored, and the Central Secretariat, perhaps, gets into the habit of slackness,” neither of which “was conducive to the development of the best parliamentary traditions.” He again persisted in 1954, urging Nehru to limit ordinances only to cases of “extreme urgency or emergency.” His letters never received due attention.

By the time Nehru died in May 1964, he had already promulgated 102 ordinances under the Indian Constitution. His cabinets never took the constraint in Article 123 seriously with the consequence that almost anything counted as “circumstances necessary to take immediate action.” And once the tone was set, there was clearly no going back. Successive prime ministers regularly paid homage to the Nehruvian tradition regarding Article 123, and occasionally took to it with relish. In her third stint as Prime Minister during 1971-77, Indira Gandhi, and later Narasimha Rao during 1991-96 were the worst offenders, promulgating 99 and 108 ordinances, respectively. But no party or coalition can claim a moral high ground. Morarji Desai (21), Charan Singh (7), Rajiv Gandhi (37), V. P. Singh (10), Deve Gowda (23), Inder Gujral (23), A. V. Vajpayee (58) and Manmohan Singh (40, till 2009)  have all taken undue recourse to Article 123.

Perhaps the tragedy of Article 123 is not that the provision has been frequently used, but the real circumstances under which it has been used. My research suggests that of the ordinances promulgated between 1952 and 2009, about 177 were brought into effect just fifteen days before parliamentary sessions were to commence or just fifteen days after parliamentary sessions ended. Then, there have been instances when cabinets have promulgated ordinances in full knowledge that they did not have the majority support necessary to get parliamentary approval in due course. Article 123, in that sense, became an alternative route by which to “enact” legislation that did not have majority support. The Prevention of Terrorism Ordinance 2001 is a good example. Occasionally, cabinets also promulgated ordinances simply to avoid parliamentary scrutiny at the first instance, especially when the proposed measures were unpopular. Narasimha Rao’s Patent (Amendment) Ordinances, 1994 meant to implement WTO reforms is a good example of this. And cabinets have also resorted to the mechanism simply to gain the political upper hand. Indira Gandhi’s Bank Nationalization Ordinance, 1969 just one day before the start of the parliamentary session in July 1969 is a good example.

Interestingly, the Supreme Court has indirectly abetted this chicanery from the sidelines. When the use of Article 123 was challenged in R. C. Cooper v Union of India (1970) as improper and fraudulent, the Court refused to get into it. It is for the cabinet to decide what counts as immediate necessity, the majority said. Effectively, the Court delegated the question of immediate necessity to political actors; it was left to them to figure out the limits of Article 123. This line of reasoning quickly gained ground and by the 1980s, became standard. This is why, if an ordinance is challenged today on the grounds that it was improperly promulgated, the Court will refuse to get into that question.

The Indian story of ordinances, then, is effectively a story about the loss of constitutional meaning. Nehru started the rot, and his successors gladly followed him. Until 1977, however, opposition parties at the center made modest attempts to keep Article 123 and its pre-conditions relevant. They often demanded strong justifications for its use and held Congress governments to account both inside and outside Parliament. But Morarji Desai’s ascent to power in 1977 changed all that. As India’s first non-Congress Prime Minister, he too indulged in ordinances. His part-time successor, Charan Singh, did no better. By the time Mrs. Gandhi returned to power in early 1980, the entire political class had ingratiated itself with convenient ordinances. There was none left to take the semantic high ground. And battered by this bipartisan political abuse, Article 123 practically lost its constitutional moorings. India has never looked back since.

The Manmohan Singh Cabinet’s forced withdrawal of some of the proposed ordinances is a small victory for Article 123. But while it may help the provision regain some constitutional meaning, sixty-five years of contusions will not heal easily. Fully restoring Article 123 will require political self-discipline of almost Himalayan proportions. It is a constitutional responsibility from which India’s incoming cabinet should not recant.

Shubhankar Dam is an Assistant Professor of Law at Singapore Management University School of Law. He is the author of Presidential Legislation in India: The Law and Practice of Ordinances (Cambridge University Press, 2014).