Child Labour and the Right to Education in South Asia by Naila Kabeer, Geetha B. Nambissan, and Ramya Subrahmanian. SAGE Publications, 2003

The Child and the State in India by Myron Weiner. Princeton University Press. 1991 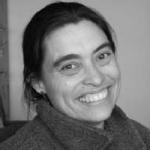 In mid 2008, India’s National Commission for Protection of Child Rights (NCPCR) announced a new strategy for addressing India’s child labor problems: it asked state governments and export promotion councils to monitor supply chains, and to certify that no children had worked on products heading for export markets, clearly hoping to offer some protection from international consumer boycotts designed to punish companies that exploit children. The NCPCR’s call came in the wake of several recent scandals, where children as young as ten were found working for multinationals’ Indian subcontractors. In late 2007, revelations by British newspaper, The Observer prompted the Gap to cancel its order for Christmas clothing; six months later, the BBC showed young children working on clothing for the British apparel retailer Primark, further tainting India’s entire apparel industry.

Publicity around these scandals underscored a very specific threat to India’s exports, stemming from changing patterns of global production. Since the mid 1980s, major brands in industries ranging from apparel to pharmaceuticals have focused on design and advertising; actual production has been outsourced to subcontractors around the world, who compete for brands’ contracts. For subcontractors, every penny cut from production costs increases profits – and the likelihood of winning the contract – and the pressure to cut costs can be overwhelming.

Recognizing that many governments lack either the will or the capacity to enforce their own labor laws, transnational activists target global brands. The argument is that if a company like the Gap can monitor its suppliers for quality assurance, it should also be able to monitor for child labor, and if brands let their suppliers cut corners, ethical consumers should boycott those brands.

This threat makes multinationals very nervous. A scandal in one supplier, in one country, can affect a company’s image for years. For governments trying to sustain exports, the threat is also serious, in that a scandal over child labor can prompt all major brands to move production elsewhere, leaving local subcontractors reeling, including subcontractors who have tried hard to meet high standards. The Indian government’s current proposal comes in response to this kind of threat. Instead of letting a “few bad apples” taint a region, certification programs and “social labels” could identify those local production facilities that meet global standards, and reduce the risk that a single scandal will shut down exports for everyone.

How does social labeling work, and would it help prevent child labor? The idea is that exporters would pay for independent inspectors – usually organized through a non-governmental organization (NGO) – to monitor their subcontractors’ workplaces for illegal child workers. Participating producers would then attach labels to their products announcing that no child labor was used. If inspectors find children in the workplace, the subcontractor is excluded from future production. Similarly, if the brand wants to maintain certification, it will remove from the supply chain any subcontractor who is found in violation.

Perhaps the best known program – and the model for the Indian Export Promotion Council’s program, “Kaleen” – is RugMark, which monitors hand-woven carpet looms for illegal child workers. In the early 1990s, American and German politicians and church groups proposed blocking Indian rugs because of child labor. In response, the German embassy in New Delhi worked together with an Indian NGO committed to ending child labor to design a new certification and labeling scheme; a “market-friendly” approach to regulating child labor.

Under RugMark’s scheme, carpet weavers pay a levy to support a voluntary monitoring program. Under this program, trained monitors make unannounced visits to looms that are registered under the scheme, removing any non-family children and taking them either to back to their families or to RugMark Foundation’s school. In return, to announce their virtue, weavers and exports can attach smiley-face labels to rugs made on registered looms. These labels tell consumers everywhere that they can buy those specific carpets with a clear conscience.

However, RugMark – which recently changed its name to “GoodWeave,” apparently hoping to expand beyond carpets to the broader apparel and textile industry – is more widely criticized among child labor specialists in India than is often recognized. Like most NGOs, RugMark is relatively small; its handful of monitors, numbering no more than twelve, travel in teams of two from village to village. Although they claim to check frequently to make sure there are no children on registered looms, the program’s own data suggests monitors rarely see any loom more than once every three years; hardly enough to really prevent ubiquitous use of child labor. Monitoring takes place during ordinary working hours, ignoring the fact that work in weavers’ sheds often goes late into the night. Similarly, monitoring tends to focus only on looms, ignoring any children that may be working on carpet-related activities off the loom.

The fact that RugMark is voluntary allows a great deal of discretion about whether – and when – a specific loom will be registered for inspection. Carpet weavers generally register only when an exporter demands certification for a specific carpet, based on concerns about consumers’ responses. The RugMark label is often required for carpets headed for Germany, where large retailers demand it, but when a specific carpet is headed elsewhere – for example, to the United States, where the label is not as well known – most weavers will deregister their loom, removing it from any monitoring scheme.

What impact do these schemes have? In a 2003 study of social labeling for child labor, Alakh Sharma concluded that for the carpet industry, “the disorganized nature of production and the variations in the level of engagement or the involvement of intermediaries makes monitoring a gigantic exercise, if not impossible.” Sharma concluded that although social labeling programs may increase awareness of child labor prohibitions, “the incidence of child labor has not reduced significantly as a consequence of these labeling initiatives.”

Ironically, increased efforts to certify products as child-labor-free risks diluting labels’ impact even further. Labels are easy to imitate, and consumers are easy to confuse. Most hand-knotted carpets sold today in Europe or North America carry a label assuring the consumer that they can buy the rug in good conscience, however, many of these labels are meaningless to such an extent that child labor activists often suggest that sewing on a social label could become just one more task for a tired six-year-old.

India’s NCPCR recognizes that voluntary self-regulatory schemes cannot substitute for mandatory, across-the-board enforcement of child labor laws. Without active government enforcement, labeling campaigns in single industries risk pushing child workers into other industries, or into those parts of the industry that are not headed to international markets, thereby displacing child workers into new activities, rather than removing children from work and getting them into school.

In addition to keeping children out of workplaces, NCPCR also recognizes the need to help poor children at home and at school. In India, persistent pessimism among the elite about the likely future of poor and lower caste children has continued to block adequate funding for schools, or for programs that might keep poor children in school, such as Brazil’s Bolsa Familia, which pays poor families a tiny amount to get their children to school, and which has transformed school attendance rates.

As educational policy expert Neera Burra notes, India’s educational planners have long assumed that less than half the nation’s children will attend school, and the resulting lack of adequate buildings or teachers routinely denies most children real opportunities. Burra concludes, “By not providing adequate infrastructure, the government makes sure that not all children can go to school and when [they don’t,] it is explained away in terms of the family’s need for the labor of their children. Such circularity of reasoning continues to imprison children in work.”

Social labeling programs are organized around the logic of the market, appealing to global consumers by certifying that producers have cleaned up their supply chains. But if India’s goal is not simply an export-promotion strategy, perhaps they should look to programs based instead on the logic of citizenship, expanding schools and programs to support poor families rather than offering exporters a certificate that turns compliance with child labor laws into a marketing strategy.

Gay Seidman is a Professor of Sociology in the Department of Sociology at the University of Wisconsin-Madison.She can be reached at seidman@ssc.wisc.edu