"Will Not Share a Single Drop of Water with K’taka from Mahadayi: Goa Minister," The News Minute, December 28, 2017 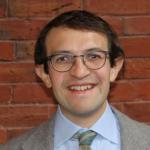 Nearly fifteen years ago, the former head of India’s Central Water Commission warned that “hydro-politics is threatening the very fabric of federalism” in the world’s second most populous country. Virtually all the subcontinent’s major rivers, including the Indus, the Ganges, and the Brahmaputra, are the subject of some level of contention. But while these international transboundary waterways receive most of the attention, it is India’s internal water wars that may well be most significant for its future. One of the most striking features of contemporary India is its many inter-state water disputes, which in recent years alone have required use of the army to retake a canal seized by protesters near Delhi, forced IT firms to close in India’s high-tech capital of Bangalore, and sparked riots in which politicians from neighboring states have been burned in effigy. There is a serious risk that these internal water wars will destabilize Indian politics and hold back its rise as a regional power. The government of Prime Minister Narendra Modi faces many challenges, but ending India’s internal water wars will likely have to move to the top of its to-do list.

Indeed, while potential conflicts over international waters like the Indus and Brahmaputra tend to attract the most attention from policymakers and the media, subnational water wars almost certainly pose a greater risk to India’s development. Despite warnings that India might come to blows with its neighbors over water, in reality there is little reason to fight over shared waterways. In the case of the Brahmaputra, considerably less than one-third of the river’s total flow originates within Chinese territory, making it highly unlikely that India’s upstream neighbor could significantly disrupt the river’s flow, even if it wanted to. The Indus Waters Treaty, meanwhile, despite recent tensions stands as one of the world’s most durable water-sharing agreements, having withstood three full-scale wars. But while there is little risk of water wars erupting between India and its neighbors any time soon, internal water conflict threatens to tear India apart.

The causes of India’s subnational water wars are complex. Several pre-date independence and originated between portions of the country ruled by Britain and the so-called “princely states” that remained under native administration. But they share one basic feature in common: water has become weaponized by India’s identity politics. Since the late 1970s, state politics in India has become dominated by parties who draw their support primarily from local ethnic and linguistic groups. Because India’s state boundaries were drawn mainly on linguistic lines, these parties have a strong incentive to mobilize as many supporters within each state as possible—and very little reason to care about neighboring jurisdictions, who typically belong to different ethno-linguistic groups. Combined with its importance to India’s large agricultural sector, which depends primarily on irrigation, this dynamic has led to water being used as a political weapon, which state parties use to rally their supporters and attack their neighbors. Late last year, Goa’s water minister, a member of the local Goa Forward Party, declared that the state would not share “a single drop of water” with neighboring Karnataka, ruled at the time by Congress.

Unfortunately, making shared waterways pawns in India’s partisan battles has proven irresistible to many state politicians. Water featured prominently in Karnataka’s recent election, in which a JDS-Congress coalition eked out a narrow edge over the BJP. The political weaponization of water not only makes it difficult to resolve inter-state water disputes, but also undermines economic growth. Protests in response to court battles over water have disrupted trade and transport links between several of India’s largest states, leading one expert to note with exasperation that all such protests accomplish is “to waste time and destroy property.” Ultimately, the lesson of India’s internal water conflicts is that the states themselves are unlikely to end them, and that New Delhi must take the lead in ending India’s water wars.

The central government’s role in trying to prevent and end internal water conflicts is as old as independent India itself. The country’s founding fathers realized that sharing its waterways would require cooperation between states, and they gave India’s union government several important powers to encourage it, including the ability to set up tribunals to adjudicate inter-state disputes and to effectively nationalize the management of major waterways. But India’s electoral system discourages involvement in contentious subnational water wars. Picking winners and losers in inter-state disputes is a sure-fire way to lose elections at the state level, both for the BJP and Congress. It’s no wonder that while Delhi often tries to gently broker consensus, it has consistently shied away from taking tough stances or using carrots and sticks to force warring states to the negotiating table. In the absence of central leadership, the judicial tribunals set up to settle inter-state water wars drag on for decades, and when they do finally issue judgements, they often lack legitimacy.

To its credit, the present government has taken several steps to tackle the problem of subnational water conflict. It has proposed giving the central government greater constitutional powers over inter-state water issues, and setting up a single, dedicated tribunal to address disputes that would be staffed by experts on water management. It will be important to watch the progress of these reforms, several of which have been tried and failed in the past. But it will be even more important to see whether Delhi and the states give non-governmental and civil society groups a greater role in managing water resources. These groups are often the sanest voices for cooperative, sustainable management of shared water resources. They have begun to edge the acrimonious dispute over the Mahanadi to a gentler tone, for example, but are often shut out of decision-making. One model to follow is France’s system of “water parliaments,” which are responsible for managing the country’s rivers, and which reserve a number of seats for non-governmental and environmental organizations. But regardless of whether India moves in this direction, it will be critical to keep an eye on efforts to end its internal water wars, which represent one of the least-understood yet most pressing threats to its stability and development.

Scott Moore is a political scientist who specializes in water politics, and is the author of Submational Hydropolitics (Oxford University Press, 2018). He is currently a Water Resources Management Specialist at the World Bank. In Fall 2018, he will become an Associate Professor of Practice in the School of Arts and Sciences and Senior Fellow at the Water Center at the University of Pennsylvania.