"Can Benefits Be Tied to the Vote?" Mark Schneider. The Hindu: Business Line. January 13, 2014

"The Political Economy of Clientelism," James A. Robinson & Thierry Verdier. The Scandinavian Journal of Economics. 2013

"The Election Commission of India and the Regulation and Administration of Electoral Politics," Alistair McMillan. Election Law Journal. Volume 11, Number 2, 2012

Distributive Politics and the Secret Ballot in India: Whither the Quid Pro Quo? 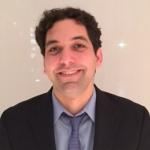 Do parties and their local agents condition access to government services and benefits from government welfare schemes on how voters vote or are expected to vote? This political strategy, which social scientists refer to as clientelism, depends on a massive investment in local leaders who collect information on voters’ party preferences, vote choices and intentions, as well as which inducements will convince voters to support their party at the polls. This strategy also importantly depends upon the credible threat of punishment when a voter is found to vote the wrong way. Clientelism and its informational requirements are at the center of many analyses of Indian politics and the politics of other developing countries. Nonetheless, data to test this conventional wisdom is largely lacking and I argue that we should be skeptical that this informational requirement holds. Based on my evidence from rural Rajasthan, the basic ability of village council presidents, informally akin to political middlemen, is lower than this view presumes.

Three important changes to Indian democracy in recent decades should lead us to question the capacity of parties to allocate government benefits conditional on partisan preference or vote choice. First, India’s Election Commission has become a model in the protection of the secret ballot, and voters know it. In a preliminary survey in rural Rajasthan, respondents were unanimous in their belief in the secrecy of the ballot. Even in Bihar, where CSDS data is available, 77 percent of respondents in a 2010 post-poll survey said that politicians could never (50 percent) or rarely (26.9 percent) find out how they voted. This means that local agents must depend on conversations, local observations, rumors, and stereotypes about the party affiliations of particular jatis (sub-castes) or communities to identify voters’ political preferences. Second, we have seen a sharp increase in electoral competition across India since the 1990s. In Rajasthan, for example, incumbent parties have been removed from office in every state election for twenty years. Finally, recent research shows that caste has become a weaker predictor of vote choice than before. This makes the task of identifying how people vote challenging.

How realistic is the fundamental assumption that parties – through their local politicians – can identify voters’ partisan preferences? To test this assumption, we need to see if local leaders involved in the allocation of benefits at the household level can correctly identify voters’ partisan preferences. In January 2013, I conducted a survey of 95 village council presidents (sarpanch) and 950 randomly selected voters in rural blocks across Rajasthan. I showed each sarpanch a sheet of ten voters, which included photographs, names, and other information from the electoral rolls, and asked each to guess which party a voter would support if an election were held tomorrow. Sarpanch guesses were matched to answers voters provided by secret ballot in the voter survey. I used the share of sarpanch guesses that matched surveyed voters’ partisan preferences to yield a rate of correct guesses, which I call guessability. Since Rajasthan is a two-party system, caste (or local jati) is predictive of vote choice, and 95 percent of sarpanch personally knew the voters we asked them about, I expected guessability to be high.

Interestingly, I found an overall guessability rate of 64.5 percent. To put this number in perspective, if a sarpanch guessed voters’ partisan preferences randomly between Congress and BJP, guessability would be at 50 percent. Sarpanch exceed this; however, guessability is equal or worse relative to two other low information methods. First, I conducted a simple statistical analysis using only land holdings and caste to predict partisan preferences. This correctly predicted partisan preferences 64.3 percent of the time, which is undistinguishable from the guessability rate I observe. Second, I developed a simple decision rule using publicly available CSDS polling data on the percentage of members of major castes and Muslims who supported the BJP and Congress. If, on average, a group voted at least 15 percent more for the BJP than Congress in the 2003 and 2008 elections (or vice versa), I guessed that all voters from that group support the BJP. Otherwise, members of that group are evenly split between BJP and Congress. When I apply this rule to my data, guessability is 76 percent. It appears that sarpanch performance on guessability does not measure up to inexpensive, low-information alternatives.

The next set of issues is to consider how guessability varies across local politicians’ and voters’ characteristics. We might expect more educated or politically experienced sarpanch to perform better on guessability. Interestingly, measures of education, family political connections, and tenure in the village council have no effect. There are also no distinguishable differences in aggregate guessability rates between male and female sarpanch or upper and lower-caste sarpanch.

And what about voters? Compared to scheduled castes, voters from castes that switch the party they vote for from one election to the next, namely Jats and Meenas, were hardest to guess, while the richest and poorest voters are easier to guess than those in the middle. This is not surprising; the rich and poor tend to interact often with local politicians to seek favors or access to welfare benefits, respectively. Another important finding is that sarpanch are better at guessing the partisanship of voters in their local co-partisan network. Of course, the sarpanch is likely to routinely interact with these voters, who are likely to reveal the party they support. To measure this, I looked at the effect of co-partisanship between voters and sarpanch on guessability. This had a substantial effect. Here, guessability is driven by the high level of familiarity that comes with being a co-partisan in the setting of the GP. Taken together, these results suggest two simple logics at odds with the conventional wisdom. Local politicians perform better at guessability when voters or the groups they belong to are commonly known to be solidly partisan or when they interact routinely with them. This is feasible even when sarpanch have no better information on political preferences than any other resident of the GP.

Why does low guessability matter for how we think about the strength of Indian democracy? First, these results indicate that the ballot is genuinely secret.
Local politicians either cannot identify voters’ partisan preferences or do not attempt to because clientelism is deemed non-credible as an electoral strategy in rural Rajasthan. This means that voters largely vote without fear of retribution, which opens up the potential for voters to hold their leaders accountable. Second, if guessability is low, should we expect benefits to be allocated as a function of individuals’ votes or partisan preferences in the first place, and should local politicians have incentives to allocate benefits in this way? Given the unpredictability of partisan preferences among those who personally know voters in their local areas, it seems that either this strategy is quite ineffective as a vote-getting strategy or it is not as prevalent as expected. Further research is required to be certain, however, the capacity problems I find here suggest that we should revisit our thinking on clientelism’s pervasiveness in India with data to test its basic components and implications.

Mark Schneider is a doctoral candidate in political science at Columbia University.