"How Can India Soften the Blow from Remittance Dip?" Rupakjyoti Borah. India in Transition, June 15, 2020

The US-India Collaboration in the Fight Against COVID-19 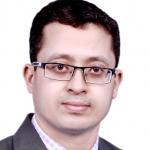 Like many nations around the world, the US and India have been caught up in the fight against the COVID-19 pandemic. Last year, cities like New York reeled under the worst of the onslaught. Earlier this year, India was struck by a deadly second wave. Many parts of the country, including the National Capital of Delhi suffered from a severe shortage of oxygen. At one point, the country saw more than 400,000 cases on a single day.

Recently, the US and India have ratcheted up their collaboration in the fight against the pandemic. This is noteworthy since when the Biden Administration took office, many were under the impression that the relations between the two governments would fall through, particularly in light of the earlier bonhomie between former US President Donald Trump and Indian Prime Minister Narendra Modi. Fortunately, that has not been the case.

A Long History of Collaboration
The partnership between the two countries in the field of health is a long existing one. For 70 years, US public health experts from agencies like the USAID, HHS, CDC, FDA, and NIH have “worked in partnership with Indian officials to improve the health of India’s most vulnerable communities and the wellbeing of its people.” Then there are programs like the VAP or the Indo-US Vaccine Action Program, a thirty-three-year collaboration between the NIH, the Indian Department of Biotechnology (DBT), and the Indian Council of Medical Research (ICMR), along with other partners.

During Trump’s visit to India in February 2020, the two countries issued a joint statement noting that “in support of global efforts to prevent, detect, and respond to disease outbreaks such as novel COVID-19, Prime Minister Modi and President Trump are committed to continuing their successful efforts in the areas of prevention, early detection, and rapid outbreak response.” However, on the ground, the situation was quite different and it was all too clear that the governments, both at the Central level and the States in India, were caught napping.

It is worth remembering that before the second wave hit India, it had been supplying vaccines to the rest of the world under the “Vaccine Maitri” scheme. Many countries benefited from this scheme, though, later on, it was highly criticized when India faced a shortage of vaccines.

In late April 2021, as hospitals across India battled a severe shortage of oxygen, the US pledged “supplies worth more than $100 million in the coming days to provide urgent relief to our partners in India.” In addition, apart from government-to-government channels, there are other avenues of cooperation between India and the US on the coronavirus front, such as the Quad (or the Quadrilateral Security Dialogue), which also includes Australia and Japan.

In March 2021, the leaders of the Quad countries met and agreed to work together on the coronavirus front, stating that “with steadfast commitment to the health and safety of our own people, we also recognize that none of us can be safe as long as the pandemic continues to spread. We will, therefore, collaborate to strengthen equitable vaccine access for the Indo-Pacific, with close coordination with multilateral organizations including the World Health Organization and COVAX.” It is, however, worth noting that the Quad nations have, themselves, been at the receiving end, when it comes to the fight against the coronavirus pandemic.

Meanwhile, the US private sector also pitched in at this critical hour. While firms like Boeing and Mastercard announced financial assistance packages worth $10 million each, Google pledged $18 million. This aid went toward the setting up of COVID hospitals like the one funded by Boeing in Bengaluru. Meanwhile, Amazon sent critical medical equipment worth over $5 million to support hospitals and other COVID-19 care facilities across India.

The US corporate sector also pitched in, led by the US Chambers of Commerce along with the US India Business Council and US India Strategic and Partnership Forum, whose goal was to bring together “40 top CEOs to create a global task force to help India in particular and other countries in general” in the fight against COVID-19. Their main aim was to provide India with “critical medical supplies, vaccines, oxygen, and other life-saving assistance” including oxygen concentrators, oxygen cylinders, and test kits.

Was the Job Done?
Clearly, it was a case of too-little-too-late when it came to the collaboration between India and the US on the coronavirus front. Many hurdles cropped up. First was the issue of indemnity for American-made vaccines supplied to India. US vaccine manufacturers like Pfizer, Moderna, and Johnson & Johnson have been involved in talks with the Indian government over this issue, but as of now, it is yet to be resolved. Second, cooperation between Indian and American pharmaceutical companies is yet to gain traction, although there is tremendous potential—Indian pharma companies have the scale while US firms have the technology. This could have been used to produce cheap vaccines for countries that still do not have access to them, such as some African nations. Third, earlier in the year, there was quite a brouhaha over the reluctance of the US to supply the raw materials India required to manufacture coronavirus vaccines by invoking the Defence Production Act. However, the restrictions were later lifted. Another challenge has been that many Indian pharmaceutical companies have been getting raw materials from China, but in the aftermath of Sino-Indian tensions, this has changed.

The Road Ahead
New Delhi now has four approved vaccines: Covishield, Covaxin, and Sputnik V. In addition, keeping in mind the urgency of the situation, it has also given approval to Indian pharmaceutical company Cipla to import the Moderna vaccine.

It is very clear that the fight against the pandemic calls for further cooperation between India and the US, as well as all other countries. There is still a long way to go before the battle is won with new variants like Delta and Delta Plus rearing their ugly heads. For India, there are also lessons to be learned from the US vaccination strategy, where, currently, nearly 67 percent of the adult populace has received at least one dose of the vaccine.

India could also learn from cities like New York, which faced a very grim situation last year, but is almost back to normal now. New York had introduced strict stay-at-home orders and businesses remained closed much longer than in other states in the US. Local governments like New Delhi could team up with New York to implement successful practices when it comes to handling the coronavirus. These lessons need to be imbibed quickly in the form of Standard Operating Procedures (SOP)s, as many experts have warned of a potential third wave in India.

The outpouring of support for India in the US has come from all quarters and all sides of the political spectrum. Such support had earlier been reserved for countries like Israel. This is certainly welcome news since the collaboration between the two countries in the fight against COVID-19 is also illustrative of their growing cooperation on other fronts as well. However, the fact that valuable time and lives were lost before cooperation picked up should serve as a lesson for the future as a potential third wave lurks in the shadows. As they say, “No one is safe until everyone is.”

Rupakjyoti Borah is a Senior Research Fellow with the Japan Forum for Strategic Studies.