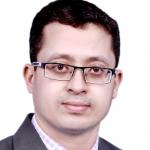 In his landmark speech, “Confluence of the Two Seas,” delivered in August 2007, during his earlier stint as the Japanese PM, Shinzo Abe remarked that “the Pacific and the Indian Oceans are now bringing about a dynamic coupling as seas of freedom and of prosperity.” Over the past decade, the geniality between Japan and India has increased, a sharp contrast to the lukewarm relationship that previously existed.

In spite of the historical connection between the two countries, which dates back many centuries, they drifted apart as New Delhi inched closer to the Soviet Union after its independence in 1947, while Japan became a strong ally of the U.S. It was only after the end of the Cold War and the breakup of the erstwhile Soviet Union that they decided to renew their ties in the wake of new geopolitical realities.

These efforts led to the formulation of the “Look-East Policy” (later renamed the “Act-East Policy), which aimed at New Delhi re-engaging with Southeast Asia and East Asia. Since then, barring the dip in the ties in light of India’s 1998 nuclear tests, the bilateral ties have forged ahead. While several concerns about India’s relationship with China have existed during this time, there are many factors bringing Tokyo and New Delhi closer.

Factors Bringing Japan and India Closer
First, economic factors are bringing the two countries closer. During Abe’s recent visit to India for the annual bilateral summit, he laid the foundation for the construction of India’s first high speed railway corridor between Mumbai and Ahmedabad. This is a big leg-up for Japan too, as it has been trying to export its Shinkansen (bullet train) technology to newer markets, but had recently lost out to a Chinese consortium in Indonesia. Tokyo also committed to 3.5 trillion yen of investment to India when Modi visited Japan in 2014.

Second, there are huge avenues of cooperation between Japan and India in the field of civilian nuclear energy. The Japan-India civilian nuclear deal has entered into force, representing a big leap of faith, especially for Japan, as it is the only country to have suffered under the impact of nuclear attacks. At the same time, India needs to ensure a steady supply of energy for its growing economy and is already facing a gargantuan problem of pollution on account of excessive use of fossil fuels. For Tokyo, it could mean big business for Japanese conglomerates that are involved in the nuclear energy sector.

Third, Japan is looking for new partners, although its alliance with the U.S. remains strong.  However, the U.S. withdrawal from the Trans-Pacific Partnership (TPP) under the Trump administration has provided a renewed impetus for Japan’s line of thinking. As Indian strategist C. Raja Mohan notes, there is “growing uncertainty over America’s future role in Asia.” In addition, it is quite clear that the Trump administration needs China’s help on the North Korean imbroglio, which is why some sections in Japan are looking for new partners like India.

Why Good Relations with China are Essential for Both Tokyo and New Delhi
A substantial amount of cooperation exists between India and China on a host of issues. Both countries are members of the BRICS and India was one of the first countries to jump on the Asian Infrastructure Investment Bank (AIIB) bandwagon. Starting from mid-June this year, India and China had been locked in a tense stand-off over China’s construction of a road in the Doklam region of Bhutan (claimed by China). However, during former Indian PM Manmohan Singh’s stint, the two countries noted in a joint statement that there is “enough space in the world for both China and India to grow.”

We would likely see much more cooperation between India and Japan in the defense arena if the China factor was considered the most important. However, this has not been the case so far. In fact, both India and Japan have been engaged in discussions for India’s purchase of the Japanese-made US2i maritime reconnaissance aircraft, but (despite Abe’s recent visit to India) have not been able to reach a deal. This shows that the two countries still need to cover a lot of ground in the field of defense cooperation. Additionally, India-Japan trade stood at a paltry $13.61 billion between 2016-17, a decrease of 6.21 percent compared to 2015-16, whereas India-China trade stood at $70.4 billion in 2015 despite all the political tension.

For Japan, China is important given the fact that it is the only country to maintain close ties with North Korea. In recent months, North Korea has tested Japan’s patience by conducting two missile tests in which the missiles have flown over the Northern Japanese island of Hokkaido. China could hold the key for Japan in tackling its North Korean dilemma, as it’s caught in a catch-22 situation.

Tokyo has also shown an interest in the Belt and Road Initiative (BRI), having sent a delegation led by Toshihiro Nikai from the ruling Liberal Democratic Party (LDP) to the Belt and Road forum in Beijing in May. Tokyo has also been toying with the idea of partnering with India in the development of the Chabahar port in Iran besides providing ODA grants for the development of India’s remote Northeast.

The Road Ahead
New Delhi and Tokyo need to continue their engagement with Beijing. As Indian Foreign Secretary, Dr. S. Jaishankar noted in a speech in Singapore earlier this year “in their relationship, India and China must not allow differences to become disputes.” Meanwhile, economic factors will ensure that Tokyo and New Delhi are drawn even closer in the years ahead. As they say, “it’s the economy, stupid.”

Dr. Rupakjyoti Borah is a Visiting Research Fellow at the Institute of South Asian Studies at the National University of Singapore (NUS). His latest book is The Elephant and the Samurai: Why Japan Can Trust India? (Kaveri Books Service, 2017). He has also been a Visiting Fellow at the Japan Institute of International Affairs (Tokyo) and at the University of Cambridge (U.K.). He can be reached at rupakj@gmail.com and followed on Twitter @rupakj