"Here's What We Know for Sure About Jobs in India," Shamika Ravi. The Economic Times, April 18, 2019

Round Table on Systemic Transformation of Government Schools - July 19, 2018

"Can We Leapfrog? The Potential of Education Innovations to Rapidly Accelerate Progress," Rebecca Winthrop and Eileen McGivney, with Adam Barton. Center for Universal Education at Brookings

Toward a New Education Paradigm: Systems and Substance 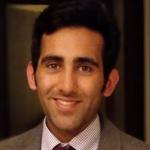 As we embark upon a new decade, India celebrates the tenth anniversary of its Right to Education Act (RTE), which went into effect in April 2010. While the RTE has been censured for its limited focus on governance and learning outcomes, its achievement in improving access to schooling over the past ten years is undeniable. The RTE has also served as a rallying point for a wide range of stakeholders to intervene in the sector.

But as is well-established by now, India’s learning outcomes remain stubbornly low. Quality concerns around education are seldom viewed as a political priority—the consequences of a low-performing education system lack the immediacy of, say, health care or agriculture. But these concerns cannot be ignored for much longer, especially in light of India’s human capital crisis, reflected in unemployment statistics. Furthermore, as economist Shamika Ravi writes, those with higher education are less likely to be employed than those without: “It says something about the quality of Indian education; too many engineers and other professionals are waving around degrees that are relatively worthless.” The 2030 Skills Scorecard by the Global Business Coalition for Education reinforces these concerns—in 2030, India will have the highest number of secondary school graduates in South Asia, but nearly half of them will lack the skills to enter the job-market.

Until now, the band-aid response to such crises has been to establish a Ministry of Skilling, instead of more profound reforms in school education. Moving forward, India must extricate itself from this unstable equilibrium and view education within a larger human capital framework. In the upcoming decade, India’s education sector must focus on both scale and substance, addressing the learning problem at a system-wide level on the one hand, while recalibrating the raison d’etre of the education system.

In the past, even the most sophisticated education policies and curriculum frameworks have failed to live up to their promise, owing to weak administration. Strengthening the pillars of governance in the education sector is of undeniable importance. The state’s role is central, as Julia Gillard, former Prime Minister of Australia and Chair of the Global Partnership on Education writes, “Like any good orchestra conductor, governments must get a diverse collection of instruments, each playing its own notes, to produce a sound of coherent splendour.”

Over the past few years, several Indian states, including Haryana, Rajasthan, and Himachal Pradesh have taken ownership to drive large-scale changes in how education is administered. In many of these states, the starting point has been the integration of schools. Historically, government schools have emerged organically without a coherent strategy, sometimes serving just a handful of students, causing a large, unwieldy school network. The state’s capacity to manage such a system, however, is limited with inadequate frontline administration, information gaps, and large vacancies among headmasters and teachers. Optimizing for the number of schools is complemented with interventions directed at infrastructure improvements, adequate staffing of teachers, school leaders, and frontline officials, and developing the capacity of these staff. Alongside all of this is a strong focus on “remediation” to enable all students to achieve grade-level competency. In terms of administration, programs across states appear to share some common elements: Management Information Systems to improve review and monitoring; communications across all levels of government, leveraging technology such as video-conferences and WhatsApp; and project management protocols at the state, district, and block levels.

In Rajasthan, where the International Innovation Corps worked with the Department of Education, alongside players such as the Boston Consulting Group, the Kaivalya Education Foundation, and the Michael and Susan Dell Foundation, the state focused on developing approximately 10,000 “model” secondary schools—one in every Gram Panchayat—with quality infrastructure and prioritized staffing of headmasters and teachers, under its Adarsh program. Headmasters of these schools were subsequently designated Panchayat Education Officers and trained to mentor other schools in their Gram Panchayats, specifically one model elementary school. Such efforts reduced teacher vacancies from 50 percent to 19 percent over four years, and created a cadre of frontline administration that regularly monitors schools. The state has defied national trends to witness a reverse migration of students from private to government schools, and both the National Achievement Survey and Board results point to improvements in secondary school outcomes.

Other states have similarly seen positive results. For instance, in Haryana, an evaluation by Gray Matters India estimates that students in 94 of the 119 blocks are now “grade-level competent.” This has been attributed to the Saksham Haryana Program run out of the Chief Minister’s office, which, among a range of interventions, has a specific focus on remedial education. In pursuit of this, the program has instituted new mechanisms for data collection and analysis, and a restructuring of planning, coordination, mentoring, and monitoring at the district- and block-levels.

Building on such successes, the NITI Aayog and three states—Odisha, Madhya Pradesh, and Jharkhand—are in the process of scaling such efforts through the SATH-E program. Additionally, fourteen of the thirty indicators for the NITI Aayog’s new School Education Quality Index are concerned with governance processes, including availability of teachers, training, and accountability and transparency.

This focus on building the capability of the state to better manage the education system is an important shift in the sector, and the aforementioned examples demonstrate how state capability to deliver education can be improved. But despite their successes, these should be viewed as starting points. First, these efforts remain focused on the public school system. For more meaningful change, it is imperative to transition from seeing the government as just a provider to a regulator and facilitator in education. There has recently been an increasing sense of competition, with governments claiming how their schools are out-performing private schools. While this competition may induce a positive pressure to perform, the reality is that apart from the a few elite schools, the bulk of private schools—accounting for nearly half of all student enrolments—are under-resourced and have little regulation of quality, safety, or outcomes.

More fundamentally though, improving implementability needs to be complemented with a recalibration of intent. India’s education system continues to be centered on standardized and ambitious curricula, students grouped by age instead of learning levels, and high-stakes board examinations. The consequence is, as economist Karthik Muralidharan writes, a “sorting system,” not a human capital system. In this context, we should question if administrative strengthening, by itself, is merely improving the management of a faulty process, perpetuating a mass-production model of education—or the “Prussian Model”—that may have outlived its utility.

Traditionally, education systems around the world have followed a linear logic of prioritization—expanding schooling access, working to improve the quality of core academic subjects, and finally, focusing on cultivating the skills needed to thrive in the world. But, as Co-director of the Center for Universal Education, Rebecca Winthrop, finds, there exists a hundred year gap between the educational attainment of those in developed versus developing countries. At the same time, there is uncertainty about the skills required for a rapidly changing world. What are the outcomes we want schooling to generate and are they adequate to produce the qualities for individuals to contribute meaningfully to society and the economy? These factors, Winthrop explains, imply an urgent need to break away from this linear logic and “leapfrog” by transitioning to a system that expands its idea of outcomes from literacy and numeracy to a “breadth of skills” —the larger set of skills that are needed in a changing world, including critical thinking, collaboration, and problem-solving.

Eventually then, fixing administration is an important but belated response to the state capacity problems that have plagued public service delivery in India for decades. A new policy must capitalize on this energized administrative apparatus to redefine the broader objectives of the education system. This will require a fundamental reengineering of assessments mechanisms, a mass behavior change to facilitate a shift in focus from high-stakes examinations, and new partnerships between stakeholders—parents, students, teachers, frontline administrators, and non-government organizations—to align their efforts toward these broader goals.

An “outcomes-focus” is undoubtedly critical, but should be underpinned by an overarching human capital strategy. In a few years, a generation of students, who would otherwise not have access to an education, will have completed a full cycle of schooling thanks to the RTE. But over the next decade, the key priority that education policy must seek to address is to make sure that schooling isn’t just an end for students, but a ladder to opportunity.

Rohan Sandhu was formerly Associate Director at the International Innovation Corps, and is currently at the Harvard Kennedy School.