"Extracts from D.N. Jha's Myth of the Holy Cow," (Beef Eating in Ancient India:
An Evaluation of the Evidence) October 29, 2010

Supreme Court of India: Mohd. Hanif Quareshi & Others vs The State Of Bihar. April 23, 1958 (IndianKanoon)

Who Moved My Beef?: Regulatory Changes and the Pink Revolution 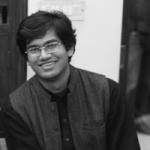 The image of the cow conjures up every oriental stereotype about unchanging India, mired in tradition, religious belief, and obsolete agricultural methods. Yet, the cow has emerged as an index for India’s changing political economy and regulatory politics over the last decade. Statistics show that over the last few years, beef consumption in India has risen and is greater than the combined consumption of other meats. An increase in protein consumption suggests growth in family incomes, though the choice of beef over other meats suggests that a majority of people are consuming the cheapest form of animal protein. In 2012, India became the world’s largest exporter of beef, earning over Rs. 18, 000 crores. The lower priced halal beef has found markets in Africa, Southeast Asia, and the Middle East. While a bulk of this beef is from buffalo (11 percent of buffaloes are slaughtered for meat) a significant portion is also from cows (6 percent of the cattle population is slaughtered).

The exponential growth in beef production and consumption was matched by new laws prohibiting and regulating the slaughter of cattle in the states of Gujarat, Madhya Pradesh, and Karnataka. Cattle slaughter has been tightly regulated in most states since independence, but new legislations deviate sharply from the older consensus. The Madhya Pradesh law criminalizes not just the slaughtering of cows but also the act of transporting cattle for slaughter. The Karnataka Act (modified after the defeat of Yeddyurappa in May 2013) originally criminalized the sale, possession, and consumption of beef.

The new laws all state that they are meeting the commitment made in Article 48 of the Constitution of India, which says, “The State shall endeavor to organize agriculture and animal husbandry on modern and scientific lines and shall, in particular, take steps for preserving and improving the breeds, and prohibiting the slaughter, of cows and calves and other milch and draught cattle.” The inclusion of article 48 was contentious. The cow was viewed as an object of conflict between Hindus and Muslims; Hindus were supposed to hold the cow sacred, whereas Muslims were under religious obligation to sacrifice a cow on Eid. The history of the early twentieth century was marked by communal clashes over cow protection. With independence, a powerful lobby within the Congress party pushed for a constitutional ban on cow slaughter, despite it not being provided for in the original draft constitution. As a compromise, cow protection was included within the directive principles of state policy.

In the 1950s, several northern states had enacted a blanket ban on slaughter, similar to the ones recently enacted by MP and Karnataka. The constitutionality of these laws was challenged before the Supreme Court of India in Mohd. Hanif Qureshi’s case in 1958, where three thousand petitioners, mostly Muslim butchers, argued that these laws violated their fundamental rights to property, trade and profession, and religion. The Supreme Court rejected claims rooted in religious practice, holding through their own interpretation of the Quran that cow sacrifice was not mandatory for Muslims. However, they also found that an absolute ban on cow slaughter was not a reasonable restriction, as it did not necessarily lead to “preserving and improving the breed,” or better agriculture. The petitioners were able to establish that cows after a certain age became uneconomic to support and constituted a burden on the resources needed to maintain productive cattle, that proposed plans for government maintenance of uneconomic cows were more expensive than primary education, and that uneconomic cows were being turned loose by their owners who were unwilling to maintain them. This consensus, allowing for strict regulation but not a complete ban, held until 2005. Attempts to bring about a complete ban in practice by setting twenty-five as the minimum age for the cow to be slaughtered were struck by the Supreme Court which noted that the cow was not economically useful after fifteen years, and raising the minimum age created an effective absolute ban.

What changed was the decision of the Supreme Court in Mirzapur Moti Kureshi in 2005, where the court reversed a long line of decisions from 1958, accepting the assertion of the Gujarat government that new developments in technology and veterinary care had extended the economic life of the cow. Chief Justice Lahoti relied heavily on the fact that even after they ceased to give milk, cows produced dung and urine which had value as manure and fuel. The court famously described cow dung to be more valuable than the Kohinoor diamond. Finally, the court made a plea holding that an animal that had served human beings is entitled to compassion in old age. This was followed by the Hinsa Virodhak case, where the Supreme Court upheld the closure of slaughterhouse and abattoirs during a Jain religious festival, on grounds of religious sentiment. Since 2008, the Supreme Court has retreated from the Mirzapur judgement, making it clear that an absolute ban on cow slaughter was not constitutionally required or desirable. However, its recent jurisprudence sets precedent for imposing the dietary preferences of a few, in this case practicing Jains, upon many.

The rationale behind the decisions is misleading. Arguments based on economic value of cattle ignore the fact that there is no such protection for buffaloes, which produce more milk than Indian cows and are equally common as draught animals. The politics of beef are portrayed as cultural, but its reality is shaped by economics. Not only Muslims, but many Hindus and Christians consume beef as part of their daily diet. Increased prosperity and greater consumption have made Indians the seventh largest beef consumers in the world. The court in Kureshi had relied on statistics that suggested that beef consumption in Gujarat was low, but this is not true for the rest of India.

Mohammad Saadullah, then Chief Minister of Assam, had presciently reminded the Constituent Assembly that Muslim farmers are as unlikely as Hindu farmers to send economically valuable cows to slaughter, and that the majority of cows killed were sold to slaughter houses by Hindus. It is evident that even aversion to beef eating does not result in more compassion towards the cow. Animal rights activists have complained about cattle death marches, where old and uneconomic cattle from states where cow slaughter is banned are marched across to states where it is permitted, or smuggled into Bangladesh, where by one estimate, half of all beef eaten comes illegally from India.

Like alcohol prohibition or the American controls over abortion, the attempt to create a blanket ban on cow slaughter creates a black market, hurts industry and causes suffering to parties concerned. It criminalizes the dietary choices of a large majority from all religious faiths, for whom beef is the most affordable source of protein. As incidents in Karnataka and Gujarat show, it also makes beef eating populations vulnerable to intimidation and violence. And finally, it creates economic inefficiencies; following the ban on beef possession in Gujarat, trucks transporting beef for export to the Mumbai port through Gujarat were stopped, resulting in a fine being imposed on the Gujarat government. The logic behind cow protection, especially relative to buffaloes, makes little economic sense and reverses several decades of regulatory consensus in India.

Rohit De is a Mellon Postdoctoral Fellow at the Centre for History and Economics at the University of Cambridge.