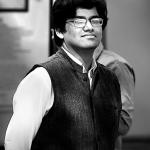 In 2010, the Khap Panchayats of Haryana launched a vociferous demand to amend the Hindu Marriage Act to prohibit marriages between persons of the same gotra, who are descendants in an unbroken male line from a common male ancestor. Khaps are caste councils among the Jats who function as a deliberate adjudicative body over their caste members. The sudden visibility of Khaps raised concerns in the media about the control of the family by “regressive institutions that refuse to embrace modernity.” Scholars and activists reopened the old debate about how India’s regime of family law poses a tension between the rights of individuals and that of communities. However the public debate over Indian multiculturalism ignores the developments on the ground level over the last decade.

Legislative reforms in Hindu and Christian law and the increasing juridification of Muslim law have created a greater degree of uniformity between the different personal laws.Secondly, there has been greater democratization inside communities and a concerted attempt to reform family law from within. Third, new social surveys have demonstrated that the differences in gender dynamics and family structures bear a greater correlation to economic class and geography than to religious identity. Finally, the focus in family law reform has expanded to address questions of domestic violence and the right to a matrimonial home which cut across community identities.

The Indian state follows a system of legal pluralism in the area of family law with religious groups governed by distinct codes. Nineteenth century statutes govern Christians and Parsis, while Hindus, Sikhs, and Jains are largely governed under the Hindu Code enacted in the 1950s. Muslims are to be governed by the law of the Shariat; the exception being the Dissolution of Muslim Marriages Act, 1939 which gave Muslim women limited grounds. This system, a colonial continuity, is an essential feature of Indian multiculturalism and attempts to accommodate cultural groups.Personal laws are said to be protected under the Constitution which gives communities “the right to practice, preach and propagate their religion.” However, these laws conflict with the right to equality as individuals’ rights under family law differ according to their religion. It also represents a failure to meet the constitutional commitment to enact a uniform civil code (UCC) for all its citizens.

While Muslim women were viewed as being the most disadvantaged under their family law regimes, Hindu and Christian family laws also discriminated between men and women. However, the last decade has seen both the National Democratic Alliance (NDA) and the United Progressive Alliance (UPA) governments quietly amending the family law codes. In 2001, the divorce laws for Christians were made gender neutral; previously women had to prove two grounds to seek a divorce while men needed to prove only one. More dramatically, the amendments to the Hindu Succession Act in 2006 gave Hindu women rights to agricultural property, granted daughters’ coparcenary rights in the Hindu Joint Family, gave daughters the right to reside in the family and deleted the provision that barred widows from inheriting their husband’s property if they remarried. Given that a majority of Indians hold their assets in the form of land or joint family property, this has the potential to create economic independence for women and radicalize gender relations within the family. Both sets of reforms were carried out with little fanfare and provoked almost no opposition.

Meanwhile the two most visible iniquitous provisions of Muslim personal law – the right of maintenance for divorced Muslim women and the availability of a unilateral right of divorce to the husband – were tempered through creative judicial reasoning. In 2001, the Supreme Court in the Danial Latifi case read the Muslim Women’s Protection of Rights on Divorce Act, 1989 – which had limited Muslim women’s rights to maintenance – to hold that the “reasonable and fair” maintenance they were entitled to for three months must be a sum capable of supporting themselves for life. A year later, in Shamim Ara’s case, the court held that the husband did not have a unilateral right to triple talaq – which simply consists of the husband saying “I divorce you” three times to his wife – but had to provide good reasons for the divorce, and had to first go through attempts at reconciliation. Neither judgment led to significant protest.

This lack of protest was partly because of a divergence of views amongst Indian Muslims. Constituted in 1973, the All India Muslim Personal Law Board (AIMPLB) had emerged as the most prominent defender of Muslim personal law leading the agitations against the Shahbano case. The AIMPLB would implead itself as a party before the court in cases involving important principles of Muslim law. However, the 1970s saw growing challenges to the AIMPLB status as the sole spokesperson for Muslims. Its domination by Sunni ulama from the Deobandi school was highlighted with representatives of the Barelvi school of Islam resigning in 2004. A year later, Shia ulamas from Lucknow and Hyderabad formed the All India Shia Personal Law Board (AISPLB). More strikingly, in 2005 the All India Muslim Women’s Personal Law Board (AIMWPLB) was set up in Lucknow, which formed its own court and offered legal advice to women. These newly-formed groups, along with a number of other women’s groups, advocated women’s rights, not through the secular language of constitutionalism, but through Islamic scriptures and reinterpretations of the Shariat. These groups also focus on the day-to-day functioning of the law, ensuring maintenance payments to divorced women, protecting custody rights, and preventing domestic violence.

It is only recently that research has indicated how the lack of legal rights affects the everyday reality of the Indian Muslim woman. In 2004, the first comprehensive baseline survey of Muslim women in India, conducted by Zoya Hasan and Ritu Menon, indicated that while Muslim women were, as a group, weaker when compared to Hindu women of a similar socio economic background and region, differences in patterns of marriage, autonomy, mobility, and domestic violence are negligible; there is no apparent community-wise variation in women's decision-making, mobility, and access to public spaces. Hasan argued that the survey findings showed that religion does not influence Muslim women's status significantly, but that poverty does, and that poor socio-economic conditions are not exclusive to Muslim women but are aggravated by their marginal status in the overall context of social disadvantage. Consequently, she argued for a shift on emphasis towards providing socio-economic rights to all women. The report on the conditions of Muslims in India by the Sachar Committee has also shifted the focus from religious identity to economic deprivation.

Anthropological studies indicate that while Muslim men have significantly greater rights than women, these are infrequently asserted. As Sylvia Vatuk notes,contrary to stereotypes, the right to unilateral divorce is rarely used at whim. The pronouncement of the triple talaq also attracts social opprobrium and makes it more difficult for the man to get remarried. Furthermore, there is less social stigma of divorce amongst Muslims than Hindus, making remarriage more common.

Recent legislative interventions have also shifted from questions of religious identity to common experiences shared by women in the family. The Domestic Violence Act, 2005 (DVA), which seeks to protect women from abuse from their families, broadens the definition of violence to include verbal, economic, and emotional violence. It guarantees the woman the right to reside in her matrimonial home irrespective of whether she has rights or title to it, and empowers courts to pass protection orders and restrain the abuser from contacting the victims. The DVA and the personal law reforms are not always successfully implemented, but their presence makes them a valuable resource that women can potentially access.

While Indians continue to be governed by separate codes, the last decade has witnessed them become more uniform through internal reform. Leadership within religious groups has become more contested, with women’s organizations playing a more visible role. Finally, new socio-economic data has led to a shift in emphasis in family law reform from questions of religious identity to economic and physical security. Thus, the vehemence of the Khap Panchayats is not a sign of their growing power, but their reaction to their increasing irrelevance in a rapidly changing India.

Rohit De is a lawyer and a doctoral candidate within the Department of History at Princeton University.He can be reached at de.rohit@gmail.com