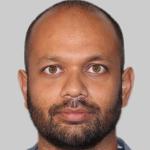 In Uttarakhand, land is a political flashpoint. A controversial 2018 law introduced by state legislature now allows outsiders to buy land in the Himalayan state. In 2018, as these laws were coming into force, I asked Bhim, an elderly lower caste man, what he thought about it all. We had just sat through a workshop run by the BDO’s office on akshay urja (solar energy) which was requesting farmers to install state-subsidized PV panels on their farmland to generate energy.

As we walked down the terraced fields, Bhim said, “Why are they asking me for land? Jal-jangal-jameen all belongs to the thakurs (upper caste). He (the ADO) says there is jal-vayu parivartan (climate change) and this will help us deal with that. But what change is there in real jal-vayu (water-air)? Is there any? We are still living off the whims of the thakurs. Whatever change is happening has not affected my life. And now they want me to start growing electricity instead of food? No, thank you.”

Bhim’s concerns don’t make it to Intergovernmental Panel on Climate Change (IPCC) reports which state that the Himalaya are exceptionally susceptible to climate change. Neither are they adequately addressed in the vulnerability assessments produced by public, private, and non-profit institutions. Rural families across South Asia are living at the intersections of multiple historical processes (caste, gender, class, and religion). The precarities they face emerge from an entangled web of relations that echo the enduring inequalities of power. Bhim’s household in rural Uttarakhand is a crucible within which techno-managerial solutions to changing climate-society relationships are made to witness the historical trauma of socio-political deprivation, afflicting humans and non-humans alike.

Uttarakhand came into being in 2000. The movement for a separate state emerged from ongoing regional concerns about being exploited by people from the plains. Such mobilizations were bolstered by violent protests in the 1990s, catalyzed by upper-caste anxieties around caste-based reservation laws. However, livelihoods, land, and vikas (development)—the three issues of the agitation—are still topics of grave concern to most households. Land in Himalayan Uttarakhand is the product of many imaginaries.

The “Land of Risk” combines colonial tropes of inhospitability with the environmental determinist anxieties of the Theory of Himalayan Degradation (THED) to produce renditions of exceptional “fragility” and “risk.” Contemporary accounts of Himalayan ecological transformation build upon such territorial exceptionalism to prophesize apocalyptic visions.

The “Unruly Borderlands” echoes both the Himalaya’s historical role as a bulwark against outsiders and more recent geopolitical trepidations of the modern state. The ongoing militarization of various spaces and the surveillance of humans and non-humans alike characterize land use across the state.

The “Extractive Frontierland” reflects the exploitative relationships between the mountains and the plains. In colonial times, this consisted of timber and human labor, but in post-liberalization India, mining, dams, and commercial horticulture have emerged, converting vast tracts of land into “sacrifice zones” to feed the hungry industrial machine of the plains.

And finally, the “Sacred land of Hindus” wields the mythology and materiality of the many pilgrimage sites to invoke a regional Hindu homeland. In this vision, the threats to national sovereignty from across the border are coupled with the majoritarian politics, which respond to the anxieties of the state’s mostly upper-caste Hindu population.

So how do these disparate land imaginaries engage with changing climatic realities? These include the increasing frequency of extreme precipitation events, the changing fertilization times for crops, the decadal decreases in winter snow, and a mercurial monsoon. Additionally, how do those engagements challenge or reproduce historical inequalities within rural communities?

First, there is a shift from transhumance to translocality. Transhumance, the seasonal movement with livestock, availing of various, often communally-owned land, is on a sharp decline. Militarization of borderland bugyals (rangelands), changing livelihood aspirations, top-down conservation policies/projects, and the burgeoning tourism industry, all intersect with the vegetational effects of reducing winter precipitation and increasing warming to shift the household focus from the mountains to the plains. Migrant youth, wielding the newfound educational, telecom, and infrastructural mobilities are part of the web of capital and labor found in the industrial parks near the bustling cities of Haridwar and Haldwani. Rural households often leverage these connections to sell their ancestral land and move closer to the schools and factories, and jostle for space with immigrants flowing in from other parts of India and beyond. The temporality of households is now quite unpredictable, like the emerging climate, and connected to the ebb-and-flow of casual jobs, NREGA payments, and the whims of industrial brokers. Thousands of acres of agrarian land remain “abandoned” in mountain villages, their futures undermined by the aspirations of the new household.

Second, in keeping with the rise of Hindutva politics at the center, there is an emerging regional Hindu majoritarianism. This builds upon the unique upper-caste demographic of the state, the elements of sacred geography emanating from various pilgrimage sites, and an engagement with the virulent Islamophobia manifesting as “love and land jihad” from UP. This regional Hindutva is deepening caste and religious fault lines. It has also given rise to a bustling land market. In parts of the state, upper-caste young men are acting as brokers, selling large swathes of land to wealthy upper-caste families from the plains. The goal is to improve the mahaual (atmosphere) of the region through both economic and ideological infusion. These men also idolize figures like Baba Ramdev, who represent a heady mix of spirituality, nationalism, and capitalism, and are involved in supplying “raw materials”—limestone, medicinal plants, and sand to “swadeshi” entities such as Patanjali who are building the neoliberal Hindu nation. And in this nation, Muslim communities like the Van Gujjars are denied access to their traditional grazing lands and seen as outsiders. At the same time, Scheduled Caste (SC) families are excluded from land management decisions and encouraged to sell or rent out their meager parcels at a fraction of the market cost. Such changes in land ownership and use help create household and communal vulnerability to climatic aberrations by aiding erosion, expanding habitation onto floodplains, and expelling practitioners of traditional agroecological stewardship. Additionally, it also removes the fundamental asset from already disadvantaged households, dispossessing families of their legitimate material claims to devbhoomi (land of the gods).

Third, given the focus on the “ecologically fragile” Himalaya as a climate change hotspot, adaptation discourse, policies, and implementations are giving rise to conflicting adaptation subjects. There is a whole slew of modifications that households have made to respond to changing climate-society relationships: the reduction of snow centric crops like winter wheat, using poly houses to grow vegetables, moving the planting dates of several crops, changing roofing technology to weather the increasing storms, and incorporating new flora and fauna species in their diet. However, such responses often get admonished by “experts” for failing to address climate change as the key priority. Household responses, like shifting to vegetable over fruit cultivation to avoid the increasingly common spring hailstorms, also respond to market demands, regional and national policies, communal and religious contentions, and aspirations of civil society actors, among others. Within the techno-managerial construct, such rural adaptation subjects emerge as “unruly,” unwilling to follow the stringent adaptation interventions. However, when we think about the state as a subject, the realities are quite different. Clean development mechanism projects, related to hydropower and afforestation are being developed across the state. These projects help the nation fulfill international carbon management quotas while fortifying control and surveillance of a volatile borderland. Additionally, through the Uttarakhand State Adaptation Plan, the tools of science and market are used to deliver interventions to observed climatic changes. They often (intentionally) inadvertently undermine the labor of adaptation undertaken by rural households by foregrounding the needs of global carbon management and neoliberal state-building.

In Uttarakhand, changing climate-society relationships are inextricably linked to the historic constellations of power that determine the material and cultural realities of land use and land ownership. Land in Uttarakhand is a product of different imaginaries, which come together with changing climate-society relationships and emerging religious, political, and capitalist processes to give rise to certain regional realities. Understanding how the Anthropocene is manifesting in the region, and how we can address the precarity of the most disadvantaged, like Bhim’s family, will require an investigation of such realities, which extend beyond the focus on transforming ecological indicators.

Ritodhi Chakraborty is a Lecturer of Human Geography at the University of Canterbury in Aotearoa New Zealand.

This article is the third in a set of guest-edited IiT short series. The articles in this series seek to make sense of India’s multi-scalar response to climate crisis in four distinct ecological regions. India’s first-ever climate change assessment report, published in 2020, found that the intensity of droughts increased between 1951 to 2016 and that water stress, due to both flooding and loss of ground water, has exponentially risen over the previous decades. There is increasing pressure at the state and local municipal levels to come up with mitigation plans coupled with increasing global pressure on India to declare a zero-emission target. At the same time, on the ground-level, political, communal, and ethnic violence has increased in areas that are increasingly “disaster”-prone. This series will map how the effects of extreme weather are manifesting themselves as market-oriented transformations of the agrarian and forest economies, leading to various kinds of ethnic fissures and political violence around the question of land in the Ganga Brahmaputra region.
(Guest Editor: Debjani Bhattacharyya, History Department, University of Zürich)