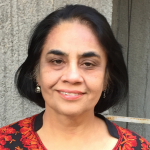 After the general elections in 2014, a newly ambitious India appeared to emerge: a manufacturing hub with clean cities and villages, where farmer incomes would double and everyone would have houses and bank accounts. Assumed in this vision, though never articulated, was an effective government apparatus converting these ideas into concrete reality. Now, as the all too familiar policy floundering is visible in the form of farmer agitations and unused toilets, it is time to scrutinize the “implementation failure” that is a recurrent theme in Indian public life—why it is so difficult to execute policies on the ground? The answer lies in the shortcomings within the very institutions responsible for policy execution, known as “field administration.”

The apex unit of field administration is the district, with an average population of about 1.9 million and 900 villages. The district is governed through three streams. One, state government departments have their separate offices at various levels to implement departmental programs. Two, the district collector, responsible for the whole district, is the overall administrative authority and coordinator. The collector is appointed by the state government but has close contact with the people and grassroots officials, and consequently responds to pressures from the top as well as below. Three, democratically elected local governments are expected to be autonomous and act as per local interests.

The structure of administration that is created through the relative powers of these three streams of authority promotes fragmentation, centralization, and non- responsiveness to local needs. The district offices are controlled tightly by the state departments, which stipulate programs and activities, make most decisions about the personnel, issue detailed directives, and inspect field offices. This promotes centralization, with orders from the top taking priority over needs from the ground. Moreover, though the number varies across states, more than 30 government departments have their offices in the district. As each district office follows the directives of its department, field administration is pulled toward uncoordinated and sometimes even contradictory actions.

The district collector has some capacity to coordinate. But her authority over the district departmental offices is much less than that of the state departments. The collector has substantial powers to act during crisis, i.e., natural calamities, law and order problems, or gross miscarriage of justice, but limited authority over personnel and little say in programs for socio-economic development. The collector’s authority varies a great deal across departments. It is significant over regulatory departments, especially revenue (responsible for land records) and the police, limited for departments responsible for socio-economic development, and almost non-existent for technical departments responsible for constructing roads or water supply. Consequently, at the district level, while it is possible to act quickly in crises, sustained, coordinated action for socio-economic development is difficult. Below the district, coordinated action is even more difficult, as departments have offices at different geographic units, and there is no accepted coordinator at all. This further reduces the capacity of coordinated action and responsiveness to local needs.

The second set of problems arises from the human resource management policies in government. The Indian bureaucracy is structured so that the least skilled and lowest paid personnel actually implement government programs. However, to deliver on the ground, a very high order of skills is often required. For example, reducing malnourishment among children involves enabling and persuading very poor households, where both parents work as farm laborers, to increase investments of time and money in their children. Success is unlikely if the person undertaking this task has poor understanding and skills. The implementation capacity has declined further since the mid-1990s, as many state governments have hired low-paid contractual workers at the implementation level. Moreover, perceiving injustice, most such workers have unionized and agitated for stable jobs and higher salaries. The outcome is armies of dissatisfied government workers in constant conflict with authorities, adding to the chances of implementation failure.

Moreover, contrary to general perception about the existence of “bloated” bureaucracies, at the field level, there is an acute shortage of personnel. Even district level offices usually have just one manager supported by office staff. The availability of technical personnel is very patchy. There are engineers, doctors and accountants, but no rigorously trained education and health administrators, nutritionists, or gender specialists. This scenario of human resources exists in a context when, since the late 1990s, the scale of government programs and funds has increased substantially. As government workers are asked to deliver beyond their capacities, they tend to focus on tasks where the pressure from superior offices is the most intense. This means that grassroots needs, such as mending a broken hand pump, are neglected in favor of demands from the top, such as providing data about out-of-order hand pumps.

The third set of problems arises from the mode of working. Rigid departmental programs frame all activities and officials define their roles in terms of “implementing programs” rather than goals such as “reducing malnutrition.” For example, to address malnutrition, officials follow guidelines common to the whole state instead of analyzing the specific reasons for malnutrition in the area and developing appropriate strategies. Authoritarianism runs strong and the views of officials at the cutting edge are rarely taken into account, so that many un-doable strategies are adopted. Moreover, officials rarely attempt to access external expertise, rarely consulting experts and ignoring successful initiatives by NGOs, which further reduces the capacity to deliver.

Because these basic problems of lack of capacity, extreme centralization, and rigidity have not been addressed, they can subsume initiatives to improve government-working. An important change that has come about in recent years is an increase in the use of technology in government. This has certainly helped to systematize some processes. Applications can be tracked and there are machines to measure land area more accurately. However, technology has also added to centralization by strengthening links between the state departments and the field offices, rather than links between the field officials and the community. State government officials are able to monitor district officials more closely, but because of the very limited penetration of technologies such as the internet in rural areas, the community-government links have not been enhanced in any significant way. The basic flaws of excessive centralization and authoritarianism have been strengthened rather than ameliorated.

These problems are exacerbated by widespread corruption, which further reduces professionalism, as officials act for personal interests rather than for professional standards, and increases the insensitivity to the needs of the people. Moreover, to counter corruption, long processes of keeping records and excessive scrutiny are often introduced, and these reduce efficiency even further. In recent years, several measures have been taken to enhance accountability to the community, such as the Right to Information Act, social audits, and public service guarantee acts in various states. But no significant change in the administrative capacity or ethos has been visible as a consequence, because structural and capacity constraints and unproductive working processes that bog field-administration remain unaddressed.

Rashmi Sharma retired from the Indian Administrative Service in 2017. She was a CASI Spring 2018 Visiting Fellow. This article is based on a study supported by PRADAN.