The Future of Nuclear Power in India 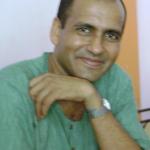 In September 2009, while speaking at the inauguration of the International Conference on the Peaceful Uses of Atomic Energy in New Delhi, Prime Minister Manmohan Singh stated that India could have 470 gigawatts (GW) of nuclear capacity by 2050. To put this in perspective, the current nuclear capacity in the country – more than sixty years after the atomic energy program was established and forty years after the first nuclear reactor started feeding electricity to the grid in the country – is just 4.12 GW; about 3 percent of the total electricity generation capacity. Thus, the projected capacity in 2050 would represent an increase by a factor of over a hundred. Is this feasible, or more generally, is nuclear power likely to become a significant source of electricity for the country?

There are three factors as to why the answers to these questions will be negative: history, technology, and economics. Politics, at different levels, could also affect the future in different ways.

The Department of Atomic Energy (DAE) has a long history of making extravagant projections, none of which have been fulfilled despite extravagant budgets. The trend started in 1954, when Homi Bhabha, the founder of the nuclear program, announced that there would be 8,000 megawatts (MW) of nuclear power in the country by 1980. By 1960, the prediction was that by 2000, there would be 43,500 MW. Reality, however, was quite different. Actually installed capacity was about 600 MW in 1980 and 2,720 MW in 2000. In 1984, yet another atomic energy profile was announced that visualized 10,000 MW by 2000. As the Comptroller and Auditor General of India noted in its 1999 report, “Against the targeted additional power generation of 940 MW by 1995-96, gradually increasing to 7880 MW by 2001 AD, the actual additional generation of power under the profile as of March 1998 was nil in spite of having incurred an expenditure of 52.91 billion rupees.” The trend has continued. In the early 2000s, the DAE projected that nuclear power would constitute 275 GW by 2052; 20 percent of India’s total projected electricity generation capacity. The latter has been increased to 470 GW following the US-India nuclear deal. In light of the appalling history of the DAE’s abilities to meet targets, such claims should be considered implausible.

There is at least one good technical reason why these targets are unlikely to be met. The DAE’s plans involve constructing hundreds of fast breeder reactors; the much touted three stage nuclear program. Fast breeder reactors are thus termed because they are based on energetic (fast) neutrons and because they produce (breed) more fissile material than they consume. In the early decades of nuclear power, many countries pursued breeder programs, but practically all of them have given up on breeder reactors as unsafe and uneconomical. In the words of Admiral Hyman Rickover, the founder of the U.S. naval nuclear submarine program, his experiments with breeder reactors showed that they were “expensive to build, complex to operate, susceptible to prolong shutdown as a result of even minor malfunctions, and difficult and time-consuming to repair.” Reliance on a technology shown to be unreliable makes it likely that nuclear power will never become a major source of electricity in India.

In addition, the DAE’s projections have simply not accounted properly for the future availability of plutonium. To start with, the DAE will not have enough plutonium for use as fuel by 2020 when it proposes to start on a rapid expansion of breeders, and does not currently have enough reprocessing capacity to handle all the spent fuel produced by the heavy water reactors that are operating and under construction. Constructing new reprocessing plants typically takes ten to fifteen years.

The DAE has also not taken into account the lag period between the time a certain amount of plutonium is committed to a breeder reactor and when it reappears along with additional plutonium for refuelling the same reactor, thus contributing to the start-up fuel for a new breeder reactor. Instead, the DAE used a flawed methodology that is only applicable to countries that already have a very large nuclear reactor capacity and a large stockpile of plutonium. These problems with the projected growth rates are not a matter of differences in assumptions but plain impossibilities. In addition, the DAE has resorted to various unrealistic assumptions about dealing with radioactive spent fuel and recovering plutonium.

If one were to use a consistent methodology with more realistic assumptions, the projected nuclear capacity would decrease to about 17 percent of the DAE’s projections. Even this estimate assumes that there will be no delays because of infrastructure and manufacturing problems, economic disincentives due to the high cost of electricity, or accidents.

The limited amount of nuclear capacity built by the DAE has been expensive compared to the staple source of electricity in the country: coal. Over the decades, the DAE has made a number of claims about nuclear power’s competitiveness with regard to coal powered thermal plants, provided one went farther from coal mines, so as to add a substantial transportation component to the cost of coal. The breakeven distance increased from about six hundred km in the 1950s to 1,200 km in 1999. But when the costs of generating electricity at the Kaiga Atomic Power Station and the Raichur Thermal Power Station (RTPS) VII – both plants of similar size and vintage – were compared with the coal for RTPS VII priced for a transportation distance of 1,400 km, Kaiga proved competitive only for low discount rates. Due to the multiple demands on capital for infrastructural projects, including the demand for electricity generation, low discount rates are not realistic. Breeder reactors turn out to be much more expensive – 80 percent or more depending on the performance of the reactor – than electricity from the heavy reactors that the DAE has traditionally constructed.

A shift to imported light water reactors from the West brings with it a dilemma, as these tend to be much more expensive to construct than the DAE’s heavy water reactors. This would make nuclear electricity uncompetitive. If the DAE were to insist on local manufacture of reactor components as a way of leveraging India’s lower labor costs, then many of the construction projects might only proceed slowly, as has been the case in the past.

The final factor, politics, at the grassroots levels, will be yet another constraint to the expansion of nuclear power, as there has been significant opposition to every new nuclear reactor and uranium that has been planned since the 1980s. One setting where overwhelming opposition has been recorded consistently has been at public consultations to discuss environmental impact assessments of nuclear facilities, a necessary step for any project to be accorded an environmental clearance. Unlike in the West, though, the reasons have less to do with concerns about safety or radioactive waste, though these do cause apprehension among locals. Rather, because of the much greater dependence on natural resources like land and water, the primary concern with nuclear facilities is their impact on lives and livelihoods. In the case of reactors, for example, this is because their requirements for cooling water and land compete with the needs of farmers, and discharges of hot water and radioactive effluents into the sea affect fish workers. Similar factors also drive opposition to large hydroelectric dams, thermal power plants, and automobile factories. This will likely intensify over the decades as land and other natural resources become subject to tremendous competition.

Politics at the elite level, however, has a way of ignoring such local opposition. Despite the recorded opposition at public consultations, for example, every nuclear project has been granted environmental clearance. In general, the DAE is a powerful organization and nuclear power has a special attraction for the political and economic elite. This means that even if nuclear power fails to deliver, it will continue to receive patronage. Thus, even though nuclear power will only contribute modest amounts of electricity to India’s energy needs for several decades at the very least, it will continue to dominate policy discussions and receive large budgetary allocations. This is unfortunate, as there are a number of sustainable energy solutions that are being ignored for want of political interest and financing.