"Revving Up the Public Transport System," Business Line: The Hindu. May 7, 2010

BRT in India: Institute for Transportation and Development Policy

A Manifesto for Sustainable Transport 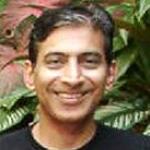 A specter is haunting India; a specter of clean, safe, and affordable access to goods and services for all. Policy makers find themselves at a cusp, not quite sure whether to follow the model of automobile-dominated urban development that characterizes twentieth century North America, or to look at contemporary cities in Northern Europe instead, where pedestrians, bicyclists, and users of public transit are given far greater priority than car drivers. The former approach, while familiar and congruent with the popular notion that modern human progress is equivalent to increasing levels of car ownership, is patently unsustainable. The latter, on the other hand, seems strange and out of sync with middle class aspirations, although evidence of its superiority in terms of economic, social, and environmental benefits remains very compelling.

For established interests, including motor vehicle manufacturers, petrol and diesel suppliers, road contractors, traditional transport engineers, urban planners, and the urban elite, the favored approach is motorization, suburbanization, and highway development – with expensive metro systems thrown in for good measure. Yet, on the street, a movement is already gathering steam to shift the transport paradigm from mobility per se to access to goods and services. That, in turn, implies the continuation of mixed land-uses but with the additional improvement of infrastructure for walking, bicycling, and public transit – especially buses – for their flexibility and affordability. Which argument will gain salience remains to be seen; while recent considerations such as climate change and oil security seem likely to tilt the balance toward improving access against personal mobility, in the short-term, pressures to lock in commitments for motorization continue to be very strong.

The access movement in transport is the result of an epiphany that what people need most of all is painless access to workplaces, schools, hospitals, grocery stores, entertainment and so on, and that personal transport is only one among many ways to achieve this goal. With severe air pollution, crowded streets and appalling rates of fatal and debilitating accidents, it is no surprise that keeping jobs, goods, and services within easy proximity is what matters most to ordinary people. Even among the middle classes, there is widespread awareness of the unsuitability of widespread car use in Indian contexts. Our cities have developed over decades and centuries in such a fashion that shops, homes, and many workplaces are still largely within walkable distances of one other, except that walkability itself has recently come under threat by the “automobilization” of urban space. More than half of passenger trips in most Indian cities, including large ones like Mumbai, are for distances of less than five kilometers, which can ideally be traversed on bicycles and on foot, but which is now possible only at great risk of collision with faster moving vehicles. Urbanites are frequently displaced from sidewalks and the narrow sides of the road for cycling as a result of a frenzy of activity to create more room for the car, or are forced to rely on buses that are polluted, dangerous, and overcrowded.

The response to these challenges appears in many forms and across social classes. It is evident in the protests of poor cycle rickshaw drivers in Delhi who are seeking the right to earn livelihoods on the streets, as well as the activism of celebrities such as the actor Salman Khan promoting “Car Free” days in Mumbai. It appears as the recovery of road space for public transport in the form of Bus Rapid Transit experiments in Ahmedabad, Delhi, and Pune, with many more cities in the offing, to great effect and at extraordinarily low costs. It can be detected in the newfound interest even among mayors and administrators in cities such as Chennai and Pune to revive bicycling. It is also evident in urban protests all over the country around issues of land-use, access to water, sanitation, and habitat, where it is clear that urban policies favoring the elites, such as road building and slum evictions, reduces access to existing services and also shifts resources for improving them as a result of distorted government priorities.

On the other side, lobbyists continue to peddle the notion that the ever-increasing use of personal vehicles, and the associated “freedom” for auto-mobility, is a basic human right, one that is only impeded by poverty. They do not like to be reminded that Europeans – particularly the Dutch and the Danes – are quite happy to abandon the car and find their freedom on bicycles, on foot, and on public transport, in spite of their inclement climate compared to most Indian cities. Most significantly, what remains unstated is that private vehicles serve only a small fraction of the population that do not pay the full costs of occupying the road, polluting the air, draining precious foreign exchange by guzzling imported oil, causing accidents, and destroying ecosystems. It is the poor who engage sustainably with urban space and subsidize others by walking or cycling for short trips and taking public transport to cover longer distances, and utilizing every opportunity available to consume locally available goods and services.

In fact, it is also increasingly clear that the transport and access challenge affects not just the poor but most citizens, as well as policy-makers. Indeed the solutions offered by the access movement can address concerns as varied as asthma and other respiratory diseases, childhood obesity, climate change, community blight, diabetes, fiscal deficits for local and state governments, hearing loss, loss of life and limb due to accidents, petroleum dependence, rising land prices and transport costs, road rage, and sprawl. For instance, a recent study in the Lancet co-authored by Geetam Tiwari from IIT Delhi and Stephen Woolcock from the London School of Economics, suggests that even modest improvements in pedestrian accessibility and the provision safe bicycling routes in Delhi can generate significantly higher carbon reductions and greater health benefits from cleaner air and the reduced likelihood of accidents than technological improvements for motor vehicles. Similarly, obesity and diabetes are on the rise in cities as a result of sedentary lifestyles, a phenomenon that can surely be put under control if urban areas were friendlier to walking and bicycling for children and adults.

Dense, mixed-use, walkable urban spaces are recognized the world over as the most creative and dynamic environments. The mall-like recreations of these spaces are already perceived as being passé and gaudy and a poor substitute for the real thing. From Curitiba to Copenhagen to Istanbul, the notion of livable streets – an old Indian concept that once characterized cities as different as Benares and Tanjavur – is now the new mantra of smart urban design. Policy makers may want to take note of the dark side of developers’ interests to create gated communities in exurbs and flyovers in order to connect them to exclusive commercial and industrial centers, so that the wealthy never have to come into contact with the old city centers and the poor who live in them. The scenario that would then unfold would be more stark than that portrayed in dystopian films like Blade Runner or District 9, generating the expansion of apartheid urban spaces that are already in existence, in which a small segment of society traverses freeways in air-conditioned vehicles and remains completely isolated from the parallel world of an underpaid workforce that provides them their services, who are in turn forced to navigate large spatial distances at great difficulty and personal risk. The choice is clear: if sustainability and the preservation of community life are important, then the voices of the access movement must be heeded.

Sudhir Chella Rajan is a Professor of Humanities and Social Sciences, and the Coordinator of the Indo-German Centre for Sustainability at the Indian Institute of Technology, Madras. He can be reached at scrajan@iitm.ac.in