Moving Toward an Analytical Base for Energy Planning 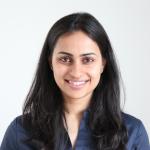 The lead up to the UN climate change summit in December 2015 is increasingly peppered with speculation about possible outcomes, globally and for India. In preparation, each country is to submit an “Intended Nationally Determined Contribution” or INDC by the middle of the year, ahead of the conference of parties. The attention is on India, given the emphasis in the current US-India relationship about prioritizing a response to climate change. In addition, the recent US-China deal signals the shifting positions of other large players towards making a climate commitment, which also turns the spotlight to India. As India prepares its INDC over the next few months, it is an opportunity to reflect on the country’s longer-term approach to energy and climate planning.

The analysis of energy use is crucial to determining India’s possible development trajectories. Increasingly relevant to these trajectories are the impacts of climate change. As a result, various studies examine scenarios for India’s energy future with climate change considerations. These aim to provide insight into future trends for the economy, greenhouse gas (GHG) emissions, and predictions about the effect of likely policies in the energy sector. The studies serve as essential tools to guide energy and climate policy-making by identifying economy sectors that have maximum development and carbon mitigation potential. However, the usefulness of the studies to policymaking depends upon the robustness of their analysis. A comparative review is thus beneficial to evaluate the policy relevance of different modeling studies.

For macroeconomic models, the outcomes are closely linked to the model’s treatment of technology change, and technological assumptions made can be indicators of results. Macro “top-down” models, which provide economy-wide results such as GDP values and a trajectory for carbon dioxide emissions, usually incorporate technical progress over time in the economy in two ways: the penetration of technological change through a measure called “Autonomous Energy Efficiency Improvement” (AEEI); and by the increase in output caused by technological efficiency or by the more efficient use of existing inputs, encapsulated by the measure “Total Factor Productivity Growth” (TFPG). It is interesting to examine how some of the driving technology assumptions compare with each other in prevailing energy and climate policy salient studies. For example, the former Planning Commission’s Low Carbon Strategies for Inclusive Growth (LCIG) report uses a total factor productivity growth value of 1 percent for the agriculture sector and approximately 1.5 percent for the non-agriculture sector. However, an aligned study by the National Council of Applied Economic Research (NCAER) uses a total factor productivity growth value of 3 percent across sectors. While differing assumptions can be justifiable in their respective contexts, the process of arriving at them is not always clear to the broader policy-making community that relies on the results.

Not surprisingly, the same two studies also show different results for the impact of climate policy on the economy. We see in the LCIG that the emissions produced for every unit of economic output, or the emissions intensity, is 0.33 (kg of GHG/$GDP) in 2030 in the absence of aggressive climate action (or in the “reference case”). On the other hand, the NCAER predicts an emissions intensity of 0.13 (kg of GHG/$GDP) in 2030-31 for its reference scenario, after accounting for the differences in methodologies. This example simply serves to exhibit some of the divergences in our approaches to energy and climate planning.

Given this divergence in outcomes and assumptions, how can we arrive at credible numbers to inform policymaking? An alternative approach to energy and climate planning can be helpful here. The first ingredient would be the development of a robust analytical base built through a deliberative and open process, which is clear in its inputs, sensitivities, and methodologies. Since modeling results can be central to national decision-making, the use of only one model on which to base direction can have limitations. It is also important to note that no one perfect model or scenario exists which is not a victim to its own set of assumptions and model-type implications. Instead, the credibility of the results lies in the transparency of the process and in having clear and defensible assumptions.

Second, equally important to a rigorous analytical base is to complement model outputs with a discussion of actions in different sectors. This requires engaging with questions of implementation and a critical analysis of the capacities and roles of different institutions that would take sectoral policies forward in national planning. A comparative review of existing Indian energy-climate studies shows that little attention has been paid to the question of sectoral actions and their implementability thus far.

Finally, the studies should operationalize a co-benefits framework, as adopted by the National Action Plan on Climate Change, the 12th Five Year Plan and the Intergovernmental Panel on Climate Change for “measures that promote development objectives while also yielding co-benefits for addressing climate change effectively.” This framing provides a sound basis for advancing multiple and equally important objectives of India’s energy planning – such as development, energy security, socio-environmental goals (including public health), and carbon considerations. While some existing studies refer to a co-benefits framing, there is little quantification of co-benefits so far.

Careful thinking and approaches along these lines could enable India to transition towards a more developed economy, address its existing energy challenge, and respond to the concerns that result from its vulnerability to climate change. It could also inform India’s INDC preparation, an occasion which offers the opportunity to rethink the country’s approach to rigorous energy planning.

Radhika Khosla is a Fellow at the Centre for Policy Research, New Delhi. The ideas discussed in this piece are part of ongoing work.