Reform, Representation, and Resistance: The Politics of Property Rights’ Enforcement in India 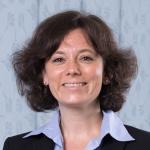 Quotas for women in government have swept the world as a revolutionary tool to further female political inclusion. India is both the source of much evidence and contestation on quotas’ impact, particularly in economic domains. When do quotas ultimately benefit those they are meant to empower—women—in the crucial domain of land inheritance rights?

Worldwide, the introduction of quotas for women in legislatures and political parties over the past two decades has doubled the average share of female parliamentarians. However, quotas remain controversial. Indeed, we know very little about the net ability of electoral quotas to render the individuals they represent and society overall better off.

Focusing on contemporary India, I explore how quotas affect enforcement of gender equalizing economic reforms. In a nutshell, I find that gender quotas can create incentives for enduring economic and social equality if they provide women with resources to pursue enforcement of these rights in ways that open space for all parties to benefit.

My specific focus is the right of women to inherit property. Land inheritance provides the firmest guarantee of economic stability in much of the world. Where women have land rights, evidence shows they exert greater authority in the household, are less likely to experience domestic violence, have healthier children, and farm agricultural land more effectively, yielding greater output for their entire household. In other words, where women inherit land we see benefits for all. Yet, women face particular barriers to procuring and safeguarding property ownership. In India, where three quarters of women currently derive their income from agriculture, they own less than 13 percent of land.

I build and test a theory to explain the connection between political representation and economic empowerment. I argue that quotas can improve the enforcement of women’s economic rights, though a broader ecosystem of conservative social norms often generates backlash against (potential) beneficiaries. Specifically, conflict over scarce property resources encourages violence (from intimidation of women to renounce valuable land rights, to unwillingness to care for them at vulnerable points: infancy, child birth, or old age, to female infanticide), resulting in 63 million women estimated as “missing” from India’s population in 2018.

Quotas are most helpful for younger women who are able to renegotiate resource distribution across multiple domains—specifically land and dowry—which reduces the cost to men and the subsequent backlash. Indeed, one of my important findings is to show how women’s ability to leverage political power in the service of inclusion leads to enduring empowerment.

I focus on India, the world’s largest democracy, with a clear constitutional mandate for quotas that are changing the face of local governance. I exploit the exogenous (independent) application of electoral quotas for women in India’s local government, mandated by the 73rdand 74th constitutional amendments as of 1993. These adopted a three-tiered system of local governance with “reservations” for women as heads (Pradhans or Sarpanches) of local government councils (Gram Panchayats). At least one third of these elected positions were to be “reserved” exclusively for female candidates in a given election. I use India’s quasi-random implementation of these reservations to identify the impact of female representation on enforcement of historic reforms granting Hindu women equal rights to inherit property. These reforms began at the state level in 1976 and culminated in the 2005 national amendment to the Hindu Succession Act, granting roughly 400 million daughters rights to inherit ancestral property on par with sons.

For my analysis, I leverage the 2006 Rural Economic Demographic Survey (REDS), collected by the National Council of Applied Economic Research (NCAER), as well as extensive field research and archival study based primarily in a pioneer reform state: Andhra Pradesh. For my empirical analysis, I leverage individual-level records of land inheritance and political participation for 8,500 households in 17 Indian states, comprehensive data I compiled on how each Indian state implements reservations, and two years of interviews I conducted with national and local politicians, local revenue officials (VROs), landowners (particularly women), lawyers, police, and activists to understand how the local state matters for adjudicating power over ancestral land.

I find that pre-inheritance reform, reservations increase the frequency and magnitude of female inheritance. Women with fathers who die after reservations are 6 percentage points more likely to inherit land—increasing the frequency of female inheritance from 10.3 percent (for landed Hindu families in states that implement reservations randomly) to 16.3 percent. This is meaningful: within India’s population of 1.34 billion, where over 92 percent of the rural population—67 percent of India—live in landholding families, implies 23.6 million more women would inherit land. In contrast, post-reform reservations result in fewer women inheriting land. Amongst women eligible for equal rights to ancestral land, inheritance is predicted to be only half as high for those with versus without female-led local governments.

What explains these unintended consequences of reform? I argue that women’s political agency fractures, then reconstructs, the gendered division between public and private spheres that remains common practice across much of rural India. As women become more present in political institutions and more adept at negotiating power in public and private domains, official capacity to hear and respond to their domains has infinitely enlarged. Yet only a subset of women can translate greater public, political voice into bargaining power for private, ancestral property. My fieldwork suggested that marriage negotiations are moments when women have maximal voice over the natal family’s distribution of resources. I capture the likelihood of women’s ability to bargain for rights across domains—including inheritance and dowry—as based on women’s age at reform (women under twenty at reform are more likely to be negotiating marriage with equal rights than older women). Indeed, women who bear the brunt of backlash to reform are those who are likely already married—with monetary dowry given to marital families in their names—when they receive equal inheritance rights. For these women, female representation, which enables them to claim inheritance rights, spurs resistance by natal families who view their demands as a “double burden.” Eligibility alongside reservations diminishes these women’s inheritance by 9-10 percentage points. In contrast, for women entering marriage negotiations with gender-equal rights, female heads of government make them 15-19 percentage points more likely to inherit land. The younger a woman is at the time she receives equal rights, the more able she is to leverage female political power in the service of inheritance. This represents a net gain for women, whom I find part with dowry given to in-laws in favor of land titled in their own names.

In addition, I test political and social channels through which reservations affect behavior. I find that female elected leaders increase women’s ability to demand effective enforcement of economic rights via mobilizing political participation and women’s social solidarity. However, representation-enabled enforcement of gender-equal inheritance rights bears a higher cost for men, potentially decreasing their access to scarce ancestral resources and their political engagement. Reservations also result in a clear expression of backlash amongst men: increased willingness to sanction violent punishment of daughters and their marital families for marriage decisions of which fathers do not approve.

Overall, it is not sufficient to simply decree equality via economic reform. Neither is it adequate to solely decentralize decision-making to a broader, more inclusive set of local citizens. Substantive equality requires major political, economic, and social adjustments. In particular, the problem of traditional entitlements—here, men’s privileged access to rights and resources—must be tackled directly. Yet, new rights can improve collective welfare if we recognize the opportunities they create to expand the “pie” for all.

Rachel Brulé is an Assistant Professor of Political Science in the Division of Social Science at New York University Abu Dhabi, United Arab Emirates. This article is adapted from a paper of the same title, conditionally accepted for publication by TheJournal of Politics, as well as from a related book manuscript under contract for publication with Cambridge University Press, titled Women’s Representation and Resistance: Positive and Perverse Consequences of Indian Laws for Gender Equity.