How Solidarity is Controlling Contagion in Kerala 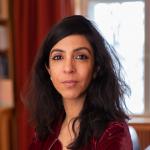 One of the most terrifying aspects of pathogens like the novel coronavirus is that they do not respect borders. Yet borders determine our vulnerability to infectious diseases. Today, governmental efforts have meant that citizens within certain national boundaries—like New Zealand or Vietnam—are much less likely to suffer from COVID-19.

But it is not just national borders that matter. In India and the US, the world’s two largest federal democracies, stark differences in how states have responded to COVID-19 are bringing out the importance of subnational borders. In India, the abrupt, mandatory lockdown—in place since March 25th—was ordered by the national government. Yet, following the Constitutional division of powers, state governments hold primary responsibility for health and have been on the front lines in the fight against the pandemic. With one of the lowest death rates across India, Kerala has emerged as the clear frontrunner.

Kerala’s success is surprising because a number of factors predisposed the southwestern coastal state to be an especially hospitable breeding ground for the virus. Its population density is over twice that of the Indian average. It has long-standing, deep connections to the global economy. The oil boom in the 1970s initiated a massive emigration of Malayalis to the Gulf states, whose remittances have bolstered the state economy. The return journeys of these 2 million-plus migrant laborers and their families, combined with Kerala’s status as a popular tourist destination, make it a hub of international traffic.

Indeed, India’s first cases of COVID-19 were detected in Kerala in mid-January. Yet this detection was, itself, a testimony to the foresight and proactivity on the part of the state government. The state “rock star” health minister K. K. Shailaja, nicknamed the “Corona slayer,” had already mobilized rapid action teams across the state’s fourteen districts and adopted the World Health Organization’s protocol of test, trace, isolate, and support. Screenings had been initiated at international airports, which is how three infected students returning from Wuhan were identified. But by mid-March, Kerala was faced with a second wave—a time when the state’s number of active cases was the same as Maharashtra. However, as Maharashtra’s number of active cases continued to rise, Kerala’s number dropped to one of the lowest in the country.

This caseload reduction was a product of the state’s aggressive public health measures, notably supplemented by wide-ranging social initiatives that provided residents with the means to cope with their consequences. In stark contrast to the brazen callousness of the national government toward its poor, and especially urban migrants, Kerala provided free food supplies to those in need, and food and accommodation for over fifteen lakh migrant workers employed as daily wage earners in the state.

Kerala’s success in curtailing the spread of the virus and its generous welfare measures have made international headlines. The state is no stranger to such adulatory attention, having long been a poster child for social development. Its initiation and maintenance of progressive social policies and remarkable developmental outcomes, in a context of relatively low levels of economic development, has been dubbed “the Kerala model.” The state’s response to COVID-19 not only built on the foundation of, but exemplified the combination of state action and grassroots mobilization that led to the emergence of the its robust public health system. This state-society synergy represents a social democratic compact that extends, as Patrick Heller has noted, beyond the state’s well-known Communist legacy. As I have argued in my book, at its core is a shared Malayali solidarity grounded in a common language and culture that extends across different religious and caste groups, and regions of the state.

The Kerala model is exemplified by the ways in which the leaders of the state have presented the virus as a collective threat to all Malayalis. Outbreaks of contagious diseases have historically been associated with blaming, discrimination, and hostility toward ethnic minorities. COVID-19 has been no exception with the scapegoating of Muslims associated with the spread of the virus through the Tablighi Jamaat event in Delhi; Kerala saw a large batch of infected returnees from the congregation. Kasargod, the district with one of the highest proportions of Muslims in the state, became a hotbed of infection. Yet, in his daily press briefing, which has emerged as a key means of providing information and establishing accountability and trust with the public, the Chief Minister pointedly declared that “a virus has no religion.” His statement symbolized and reinforced a historically inclusive Malayali solidarity and signaled how it has shaped the state’s response to the pandemic.

A distinguishing feature of Kerala’s response to COVID-19 has been the matching of political with bureaucratic commitment. Across all levels, the actions of the bureaucracy have embodied a spirit of self-sacrifice for the collective welfare of the state. How IAS and IPS officials have worked arduously beyond their official hours and scope of responsibilities has been well documented. Equally impressive is the selflessness of the state bureaucracy—who have continued to work dedicatedly even as a state ordinance docked their salaries—to mobilize funds for the fight against COVID-19. A sense of shared purpose also shines through the ways in which civil society organizations have worked with front line workers to enforce quarantines, rigorously track down contacts of those infected, and provide essential supplies to the needy. Furthermore, Malayali subnationalism has been used to mobilize popular support for the campaign against COVID-19. The “Break the Chain” campaign has embedded public health advisories within a shared Malayali cultural frame, including Malayalam cinema, making them at once more accessible and affectively appealing.

As the COVID-19 pandemic continues to rage, the world rightly looks to learn from Kerala. The key lesson the state offers is in the power of a shared solidarity. In as much as we are all in this pandemic together, a sense of “we-ness” is a key resource in our fight.

Prerna Singh is Mahatma Gandhi Associate Professor of Political Science and International Studies at Brown University. She is also a Fellow of the Canadian Institute for Advanced Research.