"Having Scripted a Drama About the Delhi Violence, the Police is Now Casting for Characters," Apoorvanand. The Wire, May 30, 2020

A Pandemic that Stokes Religious Hatred 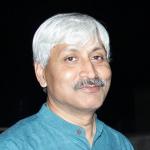 As India struggles to flatten the COVID-19 curve, Muslims in India are fighting a spike in anti-Muslim hatred, a sentiment that has long since been there but has drastically intensified during the pandemic. Physical attacks on Muslims, the barring of their entry into colonies and villages, and exhortations not to do business with them have been reported all over the country.

Attacks have also occurred against Muslims providing charitable relief to those left jobless and hungry because of the lockdown. There have also been reports of discrimination—some of the hungry themselves have refused to accept food if Muslims are involved in the preparation and distribution. As journalist Natasha Badhwar described from first-hand experience, “I was getting ready to deliver dry ration kits to a group of laborers from Bihar stuck in a construction site on the outskirts of Greater Noida. Before I could leave, we received a call asking if the person coming was a Hindu or Muslim. We said the person who will deliver is a Muslim and we hoped they would be open to reason at this desperate time. They refused to accept the rations.”

Kavita Srivastava, general secretary of the People’s Union of Civil Liberty, is also involved (along with her team) in a major food distribution drive in Jaipur and adjacent areas. When some of her volunteers went to have tea at a roadside stall, the owner, an elderly woman, asked if they were Muslims and, subsequently, refused them service. Even lawmakers affiliated with the ruling Bhartiya Janata Party have been recorded threatening Muslim vendors.

Hindus, too, are being asked to do business with only Hindus. Suddenly shops and vendors have started displaying Hindu symbols. There is a fear that all this would force Muslims out of informal economic activities—currently their main source of income—as their presence in the formal sector and service sector is already miniscule.

Muslims in India are being portrayed as “super spreaders” of the virus. A March congregation of the Tablighi Jamaat in Delhi was declared a major source of coronavirus infection by the media and government, as members traveled from other countries. Tablighi Jamaat is an organization that encourages Muslims to focus on the Quran and Namaz (prayer) and other rituals, and keep away from worldly affairs, including politics. It is also known for being a body that cooperates with the authorities. The government alleged they were criminally irresponsible for holding the meeting when alarm bells had started ringing warning people about the threat of the spread of the infection. While it’s true that some Jamaat members carried the virus to different parts of India, to say it was done intentionally is unfounded.

Since March, there have been reports about Muslims being denied entry in hospitals, leading to some Muslim deaths and arrests on the charge of being part of the Tablighi Jamaat. Mohammad Shahid, a senior professor at Allahabad University, was arrested and accused of having links with the Tabligh event. He continues to remain in jail and has been suspended from service.

At the time, the central government had not barred travelers from abroad from entering India, nor had it banned congregations until after the March Tablighi Jamaat event. It wasn’t until the third week of March that the government declared a country-wide lockdown; many attendees of the event were stranded and could not disperse due to the restrictions on movement. Media sources declared that the vast majority of the initial positive cases were connected to the March gathering. The propaganda machine of the ruling party was joined by the media in depicting the Tablighi Jamaat as a body of Muslims conspiring to destroy India by spreading the virus. Due to widespread cultural ignorance about the nature of the work of the Tablighi Jamaat, it was easy to convince people that they are a communal, anti-national body.

Shoaib Daniyal, a journalist for Scroll, said that biased sampling was responsible for the finding that the majority of positive cases stemmed from the Tablghi Jamaat event. Behavioral and developmental economist, Saugato Datta, further clarified that highlighting the large proportion of overall positive cases linked to the Delhi event was misleading “since people from this one cluster have been tested at very high rates, and overall testing is low, [so] it is hardly surprising that a large proportion of overall positives is attributed to this cluster.”

In their daily briefings, the Union Health Ministry and the Government of Delhi created a separate tally of the infected from the March Tablighi Jamaat gathering, stigmatizing the entire Muslim community. The vilification became so grave that Delhi Minorities Commission Chairperson, Zafarul Islam Khan, wrote a letter to the secretary of Delhi’s health department stating that “such thoughtless classification is feeding into the Islamophobia agenda of the media and Hindutva forces and has been easily turned into a handle to attack Muslims across the country.”

This propaganda attracted international attention. Leading voices in the Middle East expressed their displeasure over the anti-Muslim hatred spreading in India in the name of finding a scapegoat for the pandemic. Despite calls from WHO and other agencies to halt scapegoating and these divisive and hateful practices, a new term “Corona Jihad”—implying an evil intent by Muslims to spread the virus—was popularized on social media. Since March 28, the hashtag #CoronaJihad has appeared on Twitter over 300,000 times and been seen by up to 165 million people.

Fake pictures depicting Muslims spitting on vegetables and roads, and crowding in mosques have been circulating through the cyber world and the print and electronic media have participated in this vilification campaign, as have some Hindus living in predominantly Muslim countries. The cyber tactics forced the Organisation of Islamic Cooperation (OIC), to request that the Indian government intervene to “stop the growing tide of Islamophobia in India.”

This virulent campaign against Muslims in India is not a new occurrence. While the gravity of the pandemic was taking root, Delhi was still trying to recover from one of its worst anti-Muslim pogroms. The violence was a direct result of a long hate campaign in which senior ministers and leaders of the ruling BJP participated. They provoked Hindus against Muslims who had been protesting the new citizenship law (CAA), which they found discriminatory against themselves, and the new executive exercises of creating a national register of citizens and a national population register. These moves have been seen as not only anti-Muslim but also against the spirit of the Constitution of India by senior jurists and constitutional experts. When Muslims started protesting these moves in December 2019, they were vilified as anti-Indian and anti-nationals. The protests were seen as an affront to the nation and its natural bearers, the Hindus. And while the protests were peaceful and invoked Muslims’ rights under the Constitution, the media and the BJP described them as conspiring against India. The introduction of COVID-19 to India during this time provided a convenient scapegoat to further intensify anti-Muslim hatred.

Over the last six years of the BJP’s rule, anti-Muslim hatred and violence has only intensified. It has invited strictures from international human rights bodies, including the United States Commission on International Religious Freedom (USCIRF), which, in the 2020 edition of its annual report on International Religious Freedom, remarked that in 2019, religious freedom conditions in India “experienced a drastic turn downward,” with religious minorities under increasing assault. In fact, USCIRF even went to the extent of asking the state department to designate India as a country of particular concern, along with thirteen other countries.

One of my former students, now living in Patna, Bihar, recently told me anti-Muslim hatred has percolated to the point where it looks like it may never be abolished. A young journalist friend of mine from Haryana has been sharing social media posts and hashtags with abuses against Muslims, and laments that teenagers are participating in it. All of this has led to a new determination in young Muslims who want to adopt legal and peaceful means of fighting back. But the might of the state is against them. The government of Uttar Pradesh has announced it is enacting a harsh law to punish people who intentionally spread this virus—a life sentence if found guilty. It is not difficult to imagine that this new law would find a way to target Muslims.

If India is to survive as a nation, its political parties will have to boldly come out against Islamophobia and anti-minority politics. They will need to tell their Hindu constituents how detrimental such hatred can be for all of them in an interconnected world when trying to carry out practical and worldly affairs. But for more than pragmatic reasons, India will have to recover the Gandhian courage of standing firmly with minorities and firmly against majoritarianism.

Apoorvanand is a Professor in the Department of Hindi at the University of Delhi. He was a CASI 2010 Visiting Scholar.