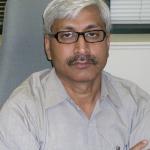 The public discourse on school education in India is dominated by debates around textbooks. Here too, we find anxieties around history textbooks overriding other concerns. Perhaps it is natural; textbooks seem to be the only tangible object in the scheme of school education which can be analyzed or debated. The attitudes of teachers, children, parents, or the community are thought to be of importance but not as crucial as the textbooks themselves. Textbooks are considered the bearers of officially validated knowledge. In a country like India, textbooks are critical, as they are the only source of information and knowledge for school children. A large majority of these children do not have any other educational resources, nor any printed material in their homes other than these state-subsidized textbooks. Teachers are expected to faithfully transmit the content of the textbooks to their students and examinations at all levels in the schools confine themselves to the textbooks only.

An interesting aspect of the discourse on school textbooks is the fact that more often than not, it originates from the streets and not from academia or the teaching community. The first book to arouse passion was a 1977 textbook on the ancient history of India by Professor Ram Sharan Sharma. This was the year when the Congress Party, led by Indira Gandhi, was dislodged from the center by a new political party called the Janata Party, formed by the merger of political parties differing with each other on ideological issues and bound together by a single thread of opposition to the Congress party. Jan Sangh, the right-wing party wedded to the ideology of Hindutva, was a major component of this formation. Copies of Professor Sharma's book were burned in Patna and other places, and a ban on this book was demanded by the student wing and other outfits of the Rashtriya Swayam Sevak Sangh, a right-wing organization, also professing the ideology of Hindutva. The book was subsequently withdrawn from schools, however, after a brief spell of three years, the Congress party came back to power and the ban on the book was lifted.

At this point, the assumption was that school textbooks, especially the history textbooks, would change as governments changed. The first major attempt to shift the paradigm of discourse on textbooks was made in 1992 when a committee, under the chairpersonship of Professor Yash Pal, was set up by the government of Indiato look into the issue of the load of learning on children and suggest corrective measures. In the committee's report, Professor Yash Pal wrote, “In regard to the burden on children, the gravitational load of the school bag has been discussed widely...After this study, I and most of my colleagues on the committee are convinced that the more pernicious burden is that of non-comprehension.”

The committee's report devoted a chapter to the problem of textbooks, stating that “barring exceptions, our textbooks appear to have been written primarily to convey information or ‘facts,’ rather than to make children think and explore…” Unreadability, disconnect between the everyday lives of the children and the content of the textbooks, artificiality in the language, and style and density of information were cited as major defects of the textbooks.

The Yash Pal Committee report made a fervent appeal to change the culture of textbook writing and not treat it as a repository of the state sponsored truth to be transmitted to the children. Unfortunately, the report failed to excite the imagination of agencies dealing with school education and was buried.

The report was resurrected in 2004, however, when the United Progressive Alliance, under the leadership of the Congress Party, came to power in the center, unseating the National Democratic Alliance led by the Bhartiya Janata Party. The outgoing government had made major changes in the curriculum and textbooks, and was criticized for its ideological agenda (ie, an attempt to instill Hindutva in the textbooks). Again, the focus was on the history textbooks. Books which were in practice for more than two decades, authored by eminent scholars like Ramsharan Sharma, Romila Thapar, and Bipan Chandra were removed as they were found to be colored by left-wing ideology. With the change in government, it was expected that the old textbooks would be brought back. However, this was not to be. The government asked the National Council for Educational Research and Training (NCERT) to prepare a new national curriculum framework with the long forgotten Yash Pal Committee report as the reference point, the objective being to make learning less burdensome and more meaningful for the children.

This was a historic moment for school education in India, as it led to a very interesting process of curriculum design. Textbooks were not the departure point; they had to emerge out of this churning. NCERT laid out an elaborate plan, constituting national groups around curricular areas such as the teaching of mathematics, history or languages, and also covering issues of gender, exclusion, etc. These focus groups laid out principles which would guide syllabi in different knowledge areas which would then lead to preparation of textbooks.

Non-comprehension and density were posited as the main challenges for the new textbook committees and some interesting textbooks emerged out of this process. The history group decided to write an entirely new set of books and not simply bring back the old textbooks. The textbooks on political education included issues which could cause discomfort for the ruling party. These textbooks sought to bring a relaxed atmosphere to the classroom by creating textbooks which had the scope for teachers and children to do much more than merely memorize the “facts” in the textbooks and then recall them for their examinations.

The new textbooks were attacked by the left-wing and the right-wing academic circles. The idea of giving agency to the teachers and children and making them the center of the classroom processes rather than the textbooks, looked horrific to a section of scholars largely affiliated with the left. These individuals felt that doing so compromised the sanctity of the disciplines and created opportunities for children and teachers to bring their prejudices and biases to the classroom, thereby jeopardizing the whole purpose of school education which is to instill secular, nationalist, democratic values in the children. Despite this criticism, the textbooks got the approval of the government.

It has now been more than four years since the writing of these textbooks. After the exciting debate, which took place immediately after the publication of the textbooks, no serious attempt was made to understand the process critically, and no feedback study of the textbooks was done. The debates following the publication of the new textbooks again mostly centered on the history textbooks and there was no serious attempt to test the curricular principles or assumptions which were the basis of these new textbooks. For example, what are the linkages between textbooks of History and Hindi for the same class? How does the principle of language-learning across curriculums translate in the textbooks of different disciplines? Did committees working on mathematics textbooks ever talk to the members of the committee for political education? Why did we not see any discussion on the mathematics textbooks? More importantly, have these textbooks succeeded in bringing any change in the classroom practices and have they been able to impact the examinations? Additionally, should it be a matter for jubilation for the NCERT that more than twelve states decided to do nothing more than reprint and use these centrally prepared textbooks when the Curriculum Document was pleading for more diversity and decentralization?These questions remain unanswered as there is no systematic mechanism to do so. There is also no archive where you would find all the debates of all textbook committees. In the absence of all of this, it would be very difficult for any future exercise in textbook writing to be done in an informed manner. The issue of textbook preparation as a dynamic process rather than a one-time exercise, which must keep pace with the change in times, is yet to be understood; that it is only one of the pedagogical tools and has to be in an active partnership within the dynamics of the relationship with the teachers and children, is yet to be appreciated.

Apoorvanand is a professor of Hindi at the University of Delhi and is a CASI Summer 2010 Visiting Scholar.