Nepal: A Manifesto for Political Reform 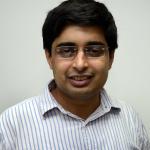 Nepal was hit by a devastating earthquake on April 25th, and aftershocks – including a powerful one on May 12th – have continued to rock the country. Over eight thousand people have died. Over 600,000 houses are completely destroyed or partially damaged. Eight million people have been affected in some shape or form. Thousands of school buildings lie in ruins. Kathmandu has lost much of its cultural heritage. The tragedy is just unending, as millions remain homeless with monsoon season four weeks away. There is a resource crunch and supplies of essentials are inadequate. The government estimates it may need ten billion dollars for reconstruction, which is yet to begin in any organized manner.

There is a story to be written about why Nepal – its state and society – did not prepare well enough for this tragedy, despite knowing that this is a seismically-vulnerable zone, and despite experts predicting that a “big one” was due. There is a story to be written about the political backdrop in which the quake occurred, the manner in which the Nepali state has evolved, expanded, and been corroded over the past twenty-five years. And there is also an important story which will evolve over the next few weeks, months, and years about how the Nepali state and civil society respond to this tragedy.

But is it possible to think about the tragedy as an opportunity? Disasters have enabled political accommodation; the tsunami-enabled peace in Aceh is the most prominent recent example. Nepal is in the final lap of its own peace process. A civil war gave way to peace almost a decade ago when democratic political parties and Maoists came together and succeeded in overthrowing the monarchy. But this is an unfinished task.

Nepal continues to suffer from a dysfunctional political order in which a Constituent Assembly has been struggling to draw out a social contract for the country for the last seven years due to deep political polarization on the question of drawing federal boundaries. Nepal also continues to remain almost a one-city state, where all opportunities and facilities are centered in the capital of Kathmandu. Can the earthquake and its aftermath help Nepal institutionalize a new constitution? Will it force the Kathmandu establishment to federalize and decentralize?

In the Constituent Assembly, Nepali parties have differed with each other fundamentally on the future of the Nepali state, especially the form of government, electoral system, the nature of the judiciary, and federalism. But there is now an emerging consensus between the ruling parties – Nepali Congress and Communist Party of Nepal-Unified Marxist Leninist – and the opposition – Unified Communist Party of Nepal (Maoist) and regional formations from the plains known as Madhesi parties – on at least the first three of those issues. Nepal will have a parliamentary system in the future; it will have a mixed electoral system with elements of both First Past the Post and Proportional Representation models (though disputes remain about the exact ratio); and it may have a Constitutional Court for a limited period of time to settle centre-state disputes.

The core difference, which has held up the constitution, is federalism and boundaries of the states. The opposition argues that Nepal needs to break its unitary structure to take into account the diversity of its population; many social groups have been excluded from the power structure and federalism is seen as a way for more equitable power sharing. This school of thought thus prioritizes the concept of “identity” while determining boundaries. The ruling parties have been reluctant federalists and have come around to the idea because of popular movements. They argue that while federalism may now be essential, this should be done on the basis of administrative viability. It should not cause “discord” and harm “national unity.” And this, they prioritize the idea of “capability.” But the problem is that the trust deficit between the two sides is deep, and conspiracy theories abound. The opposition believes that accepting the NC-UML proposal is meant to institute “elite hegemony” and would consign them to political margins, while the ruling establishment sees Maoist-Madhesi demands as a recipe for “ethnic conflict.”

Intractable as it may seem, there is enough meeting ground. All parties agree both identity and capability have to be accepted as principles. The NC-UML wants six to seven provinces, while Maoists have sought eight to ten provinces; this has implications in terms of the demographic composition of provinces, but the number is secondary if principle is agreed upon. The names of provinces can either be left to provincial assemblies or names can reflect both cultural and geographic identity. There are also several proposals floating around to determine the fate of five or six districts in the Tarai on which there is no consensus – from letting a commission decide their fate to dividing up the districts based on demographics.

This is where the debate was stuck when the earthquake struck.

Nepal’s parties need to realize that the country changed in those thirty seconds on April 25th. National priorities have changed. There is little appetite for one-upmanship when survival is at stake. Ruling parties may be tempted to use this as an opportunity to ram through a constitution without federalism, calculating the opposition is in no position to mount a movement on identity issues at the moment. This will only postpone the problem since the demand for federalism will continue to be central to Nepali politics. Opposition parties may be tempted to wait it out, calculating that disillusionment against the government may grow and this discontent could be channeled to increase their bargaining position. But that discontent could well be channeled by conservative forces. Neither approach would be in the long term political interest of forces which brought the republican change collectively in 2006. Instead, the political class – whose credibility is low – should use the reduced social polarization and the sense of national solidarity to work through the thorny issues.

There may also be a temptation on all sides to freeze the constitutional question because of the other priorities at hand. This need not be seen as a distraction from the task of reconstruction, but essential to it. Only a degree of systemic stability, which current interim arrangements do not provide, can help focus attention to the task of rebuilding. Politicians can draw an eighteen month roadmap for concluding the constitution by the end of the year, and holding state and local elections sequentially next year.

Doing so will have another major impact. The earthquake brought home the centrality of Kathmandu in national life, with some justification. It is a big city of three million in a country of less than thirty million. Most of the city slept out in the open for nights; there was enormous destruction in the capital.

While it is important not to make this a Kathmandu-versus-periphery issue, there was greater devastation outside the capital. Districts like Sindhupalchowk, Dolakha, parts of Rasuwa, and Gorkha were entirely destroyed. The fact that the government was in Kathmandu, and it was easier for the media to access sites and stories from the city, meant that in the first few days, it monopolized a lot of attention. The situation has now changed and there is a realization Nepal’s rural mid hills needs support. But several villages still remain inaccessible. Bodies continue to lie under the rubble. Supply of essentials has, at best, been patchy.

Anecdotal reports from the ground suggest that local administrators – be it the Chief District Officer in the district headquarters or the Village Development Committee secretary at the village level – have taken the lead in coordinating relief distribution in consultation with a range of actors, including party leaders, local community based organizations, the police, and the army. They have also innovated and helped volunteers bringing in relief material from outside with advice and expertise on how to use it most effectively. Spontaneous local community initiatives have also sprung up, and people have taken on the task of rebuilding their homes. But they are all constrained by a relatively dysfunctional and distant centre which has failed in procuring and providing essential supplies like food, tents, tarps, and zinc sheets to construct temporary shelter as the monsoon approaches. The centre has also deployed senior bureaucrats to the districts, who have been ineffective given their lack of local knowledge.

There is a simple but obvious lesson here that Kathmandu’s ruling establishment has refused to learn over the decades. The districts which have been affected are not too far from the capital, yet we see that the most effective response has been local. This is because they know the region better. They are more accountable and have direct interface with affected citizens.

Imagine if there were strong sub-national/provincial units which had their own resources working closely with the centre above in Kathmandu and the local governments below in villages. Imagine if there were six or eight other state capitals with a fraction of the infrastructure Kathmandu has closer to the affected regions. The response would have been quicker and accountability would have been deeper. This is not to suggest the centre would have had no role. The Indian experience has shown that central government’s efforts for rescue and relief are critical. But as the writer CK Lal wrote, “Local governments are all very well for routine delivery of services. The initiative of national government is necessary and important to deal with natural, manmade, or accidental disasters that require local delivery and international coordination. However, it is often the middle tier – the sub-national government – that is most suited to perform tasks that go beyond the capabilities of local units but are too detailed to be handled by central authorities.”

The earthquake offers Nepal an opportunity to move beyond the deep political divisions that have obstructed the constitution. It also offers the country an opportunity to federalize and decentralize, and create new urban spaces outside Kathmandu. If the country’s political elite grabs the chance, it may well be the only silver lining of this terrible tragedy.

Prashant Jha is an Associate Editor with Hindustan Times and author of Battles of the New Republic – A Contemporary History of Nepal. He is a CASI Spring 2015 Visiting Fellow.