Missing School Years for Girls: The Case of the Assam Insurgency 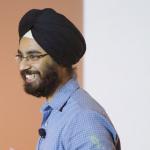 Girls in India face many challenges. From the moment they are conceived, they are less likely to be born as compared to boys. This presence of “missing girls” appears to be linked to access to ultrasound technology. Moreover, girls also get breastfed for a shorter duration and get fewer childcare investments. Growing up, they are less likely to be educated than boys. These distortionary effects could be even greater during a period of large economic shocks—droughts or wars—however, the world wars have been responsible for an increase in women’s economic participation. During World War I, there was a large substitution effect of female labor for male labor in the UK. In July 1917, it was estimated that 1.4 million women had taken men’s positions. The New Statesman reported that women gained “confidence, independence, and interests in impersonal affairs.” Academic literature has also been consistent with this story; Acemoglu, Autor, and Lyle (2004) found an increase in women’s labor force participation in the US in response to World War II. Among developing nations, Shemyakina (2011) showed that young women residing in conflict zones in Tajikistan were more likely to be employed compared to women in non-conflict regions, and Menon and Rodgers (2011) found that the Maoist-led insurgency led to an increase in women’s employment in Nepal.

Consider the case of missing school years for girls in conflict-affected Assam, which has been mired in conflict since 1979, between the Bodos and Muslim immigrants from Bangladesh. It has had to pay a heavy price for the protracted conflict—40.6 percent of children under five are malnourished and it has a per capita income of only $968 (making it the fourth poorest state in India). The costs of conflict are different for men and women. Along with an uptick in violence by insurgents, there has also been an increase in domestic violence against women and North East Networks (NEN)—a local NGO—found that 83.7 percent of women were physically abused by family members, husbands, or employers. Among all states in India, the Planning Commission 2007 found the social status of women to be one of the poorest in Assam. Over time, the literacy gender gap narrowed for all Northeastern states except Assam, where it widened for both literacy and school enrollment. Ultimately, girls’ education is important not only from a human rights perspective, but also because it is linked to an improvement in women’s empowerment in the workplace and at home, and to the health and education of future generations.

A civil conflict may have gender-differential impacts on education because of the recruitment of boys in armed guerrilla groups, a decline in security for girls in schools due to an increase in abductions, or parents may shift their investment into schooling for boys because their income has decreased.

Using a large-scale novel panel dataset (2005–14) on schools from the Indian state of Assam, in collaboration with a co-author, I examined the impact of violent conflict on female students’ enrollment rates. The findings showed that a doubling of average killings in a district-year leads to a 13 percent drop in girls’ enrollment rate. Additionally, results remain similar when using an alternative definition of conflict from a different dataset (ULFA bombings). Gender differential responses are more negative for lower grades, rural schools, poorer districts, and for schools run by local and private unaided bodies. What appears to matter most for improving the gender balance is having more professionally qualified teachers per pupil and the recruitment of more female teachers per pupil. This implies that policies should focus more on incorporating more skilled human resources in schools and encourage more women to become teachers. Policies that stress physical resources within schools are less effective in combating the harmful effects of violence on women’s empowerment.

Policy makers in Assam can also try and anticipate the impacts by studying other conflicts preceding it, especially in India. In the case of the Punjab Insurgency between 1981 and 1993, conflict led to a reduction in agricultural growth and a decline in investment, which, in turn, contributed to a decline in income. Farmers reduced their spending on building and maintaining wells and tube wells in areas that were more affected by conflict. The Punjab conflict also led to poorer educational outcomes—especially for girls. The gender-differential impact of conflict was felt at the household level. Households having a high ratio of girls to boys and those residing in violence-affected districts significantly reduced the amount of educational expenditures. The reduction in educational expenditures for girls takes place in households with both girls and boys and not all-girl households, suggesting that substitution takes place intra-household—which still persists today.

Policy makers should focus more on incentivizing girls’ education for families during and post-civil conflict in order to minimize gender disparity. Policies that focus on nudging more girls to become professionally qualified teachers would improve the gender balance in the future as well as the present.

Prakarsh Singh is an Assistant Professor of Economics at Amherst College, and a CASI Non-Resident Visiting Scholar.