"Is Not the Price, Is the Value: Revisiting Copyright Economics," Pedro Letai. Forbes India. November 11, 2013 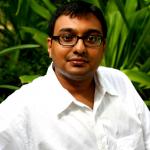 The incentive to create lies at the heart of the classic utilitarian justification for copyright protection. The broad structure – one of exclusive rights and monopolies with public interest exceptions – indicates the dominant, if not singular, role played by utilitarianism while formulating intellectual property law in India. Indeed, if copyright law were only meant to honor creators and respect their creativity, the State could confer prizes and awards on them. The State, desirous that they create more, provides for economic incentives. Failure to see this point can result in asking the wrong questions when drafting policy. India’s recent copyright reform is an exemplar.

This law reform was initiated by music composers, lyricists, and scriptwriters to herald a more equitable allocation of royalties. They revolted against the existing industry practice, where creators absolutely transferred the copyright in their works for a lump sum. Once the “deed” was done, they would see no further inflow of revenue and all would go to the kitty of the new owner, ie, the producer or the sound recording label. Parliament saw merit in this grievance and with resounding unanimity, invalidated absolute transfers to the extent they exhausted the music composer’s or lyricist’s right to receive an equal share of royalties in the case of any utilization of works incorporated as part of a cinematograph film. A narrow exception was provided for film producers to retain all revenues from the theatrical distribution of their films. These measures raise concerns about the way Parliament was swayed by stories of “bonded labor” and “exploitation” to overlook the essential question: what is the optimal incentive structure to create music and produce films, not just today but ten years down the line? This probe into the future is absolutely essential considering the disruptive changes happening in the entertainment industry due to online piracy, dwindling physical sales, and the emergence of new technologies and revenue sources.

For starters, will the exception for revenues from theatrical distribution continue to incentivise producers to invest in film production? The answer can be both yes and no, depending on who asks this question and at what point in time. In the present era of multiplexes and an emerging middle class that is ready to spend on weekends, the big production houses that manage to block massive numbers of screens can easily recoup their investment and even go on to deliver Rs. 100 and 200 crore hits and get to keep these profits in their entirety. However, what about a small producer who mortgages his house to produce a low budget movie with three songs in it, and has little clout to get a big release? His real opportunity to make some profits could come from television broadcasting and the secondary market. Alas, he now has to share his returns equally with the music composer, lyricist, and script writer of his film though, for him, getting to keep the theatrical revenues may amount to nothing much.

Again, the whole industry structure will, almost surely, change in the next ten years as Internet speeds increase and broadband penetration shoots up from the abysmal 1 percent of the population that it is at today. At that point, piracy may well destroy the theatrical market for films, the same way it killed physical sales in the sound recording industry, and money may instead be made through online rental and streaming sites such as Netflix, Hulu, and YouTube. The right incentive structure for a producer to invest in film production would then shift to retention of revenues earned through these avenues. Similarly, the radio industry is projected to grow at a Compound Annual Growth Rate of 18 percent once Phase III of the expansion is rolled out by the Ministry of Information & Broadcasting. Perhaps, revenues for music will predominantly be from this channel in another five years. Unfortunately, our Parliamentarians do not even venture into this line of enquiry as evident from the Standing Committee Report, instead opting to absolutely restrict any contracting for utilization of rights in any medium other than theatrical release. This is an absurd way to make laws for the future, and wipes out any kind of flexibility for an investor to decide, at any point in the future, that he would like to retain revenues from any particular source and share all else.

The counter response could be that Parliament was never concerned about incentivising producers, and only focused on redressing historical injustices suffered by music composers and lyricists. This is a dangerous path to tread because without incentive structures for producers to make films, there is lesser space for music composers and lyricists to display their creativity. This will affect new composers and lyricists even more, as smaller producers who typically engage their services will probably chose to do away with film music, fearing the equal stake to royalties made by them. Or, even worse, refuse to pay even the small lump sum that they would otherwise get and use to tide over their immediate financial difficulties. A better counter response could be that with reduced costs of creating and distributing music, the new incentive structure would work fine because more music would be created with an eye at synchronization in films, the same way the literary scene has thrown up its Chetan Bhagats and Amish Tripathis. Again, a far cry from reality because Indian “film music,” like any other kind of music, has grown as a genre because of audience response to the song, coupled with the dance, fit into the plot in a certain way, and acted out by movie stars, unlike the synchronization of popular songs in Hollywood romcoms. Regardless of the merits of any of these responses, the criticism still remains that reform has been carried out without asking questions such as who is to be incentivised, what kind of creation fostered, which business models supported, and what kind of use encouraged. The last question is particularly important because a possible three-way or even four-way split in the revenues could well hike up the license rates to use copyrighted content across the spectrum, rendering end use prohibitively expensive and thereby fuelling an already well-entrenched parallel piracy market.

Parliament has acted without concern for ease of access to use copyrighted content as well, as evidenced from the complete absence of any discussion on transaction costs. As a direct consequence, the amended Act is extremely ambiguous on whether it guarantees a share of royalties or vivisects the rights. If it is the former, a single license would suffice while the latter would entail separate licenses from each rights holder. The basis for this controversy is mired in textualism, more of which will be seen in the days to come when countless hours will be spent resolving this issue in Courts. Needless to say, users such as telecom operators who wish to use the songs as part of caller tunes and ring tones are now unsure whether they must take the more cumbersome route of separate license agreements with composers and lyricists.

Certainty and foresight are important when making law, especially in the field of economic regulation. Past wrongs cannot solely direct solutions for the future. India’s recent tryst with copyright reform is a case study for what can go wrong when the right questions are not asked, sadly, because lawmakers are more concerned about the poor lyricists of the past than the songs of the future.