The Masterly Use of Universalism: Re-Reading Ray’s Cinema in 2023 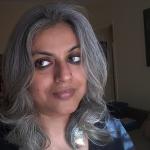 In 1992, when film historian Richard Schickel, at the behest of the Academy Awards committee, produced a montage based on Indian filmmaker Satyajit Ray’s film clips, he was forced to request footage from the British Broadcasting Corporation and Channel 4 in the UK, as America had none.

Was Ray’s work already a passé “relic of a bygone” or was the presence of universalism—a distinct marker of Ray’s cinema—improbable for the times?

Perhaps it was the latter. By the 1990s, Ray’s films were rarely screened in the west. According to Bert Cardullo, American author and film critic, the humanism in Ray’s work did him a disservice. “Like Chekov, Ray refuses to take sides either with characters or ideologies since he is interested above all in the complex human,” he says. “There are no heroes or villains in his works, no simple winners or losers.”

Ray’s heroes embody central characters who have the freedom of engaging with their spatial setting, as well as their “human fundamentals” that tend to “undercut all cultural distinctions.” In other words, Ray’s cinema is about the human condition and its emotional substrate arising from the “dailiness”—or undramatic aspects—of life. Amidst this apparent contrasting observation, Ray creates cinematic tension through two primary pivots: the conjugal and the political.

The Conjugal
In Apur Sansar (The World of Apu, 1959), Apu, an idealist, commits to a marriage by a quirk of fate when the designated groom’s psyche fails on the wedding day. Unprepared for a conjugal life, he ties the knot with Aparna, his friend’s cousin. Initially strangers, they soon bond and their mutual love and marital bliss become transformative, beyond the typical romance of newlyweds.

In the film, Ray uses the concept of love as a device of resurrection; an answer to Apu’s life issues. He goes on to show marriage as an act of comradeship and a support system, manifesting his sublime cinematic language of stolen glances and subtle body movements as imprints of sensuality. What Ray devised in The World of Apu gets carried over to his next film, Devi.

Devi (The Goddess, 1960) is about an orthodox Hindu father-in-law who believes that his young daughter-in-law is an incarnation of Mother Goddess, a storyline based on the religious fundamentalism of colonial Bengal. Poignant cinematography captures the story of young Dayamoyee and Umaprasad, beginning with moments of desire followed by tragic events.

In the opening scene, Dayamoyee, 17, is shown pining to be with her husband, who must return to Kolkata for his studies. The camera frames them lying on an ornate wooden bed, with Umaprasad looking at Dayamoyee but never making eye contact—a “glance” technique Ray uses as a key element for the viewer to visualize intimacy.

Later, the same device is employed in reverse to depict their relationship culminating in a heart-wrenching scene as Umaprasad returns home, prompted by an urgent letter. As he steps into their expansive courtyard, Dayamoyee, now a human idol, seated at a distance, makes eye contact with her husband. She smiles halfheartedly as a lone tear rolls down her cheek, affirming her confusion, derangement, and helplessness. Umaprasad tries hard to make Dayamoyee see the insanity of her new life as a goddess, but she refuses. The drifting conjugality in Devi and the breakdown of a once affable relationship poses definitive questions about the comforting nature of an ordinary marriage and the demands of a patriarchal system.

The questions posed in Devi are further explored through class and social security in Kachanjungha (1962), Ray’s first original screenplay. Kachanjungha features three couples of varying ages who ponder life, marriage, love, and infidelity as they vacation in Darjeeling. The interlinked characters consist of parents Raibahadur Indranath Rai Chowdhury and Labonyo, their shy 19-year-old daughter Manisha, their elder daughter Anima and her husband Shankar (whose marriage is falling apart), ambitious engineer and Manisha’s suitor Mukherjee, and Ashok, a lower middle-class jobless man accompanying his frail maternal uncle on a health recovery trip. As the story progresses, Manisha, for the first time, speaks her mind. She defies her class and is shown visibly interested in Ashok and not in Mukherjee.

It is through the growing interest between Manisha and Ashok that Ray returns to the concept of “organic” love, as he did in The World of Apu. In Kachanjungha, love transpires from spontaneity and the filmmaker also introduces “interdependence” as a premise of a conventional partnership. During a tense scene between Anima and Shankar, in which Shankar probes into his wife’s affair, their interdependence leads to an amicable patch up. They decide against divorcing and instead, prioritize the needs of their young daughter—their role as parents.

Conjugality in Ray’s cinema reaches its pinnacle with interdependence as its grounding fabric in Mahanagar (The Big City, 1963). A story of Subrata and Aarti, a middle class couple whose lives are disrupted by harsh realities. Love and conjugality are clearly not needed, and yet, Ray holds onto interdependence as his cinematic tool to reclaim the heartwarming and humane relationship template. In the film, Aarti, a homemaker, is compelled to take up the job of a salesgirl when Subrata’s bank meets an overnight closure.

Aarti shoulders the responsibilities of her large family and Subrata reciprocates by helping his wife file job applications. The film ends with Aarti, too, losing her job and yet together, they stay hopeful. In their optimism about life, Ray instills conjugal love back into the story. Henceforth, “conjugality” as a theme realigns and political becomes the pivot.

The Political
Ray told his biographer Andrew Robinson, “If you are a filmmaker, of course your surroundings, politics and whatnot make up the social milieu—that becomes relevant. From 1960 onwards, I was becoming more aware of my surroundings.” Social milieus did form an integral component of Ray’s work with unemployment, the political unrest of 1970, and the miseries of a hapless population resulting in the Calcutta Trilogy: Pratidwandi (The Adversary, 1970), Seemabaddha (The Company Limited, 1971), and Jana Aranya (The Middle Man, 1975), his most definitive political cinema.

With these works, Ray was no longer the distant, observant filmmaker, but an eye closely looking into the lives of his characters. His shot divisions began to differ, with more mid shots and close-ups, while cramped houses, offices, and narrow lanes served as prime shooting locations.

In The Adversary, Ray soared into new visual language. He used photo negatives to depict the past and tight close-ups as an aesthetic through the film. Abrupt dialogue matched this visualization, capturing Siddhartha, an unemployed middle class male, and his disconnect with his world. Living in a cramped rental house with a widowed mother, a revolutionary brother, and a sister aspiring for a better life, Siddhartha is presented as a dichotomy of individual aspirations and rampant corruption.

Though despair looms large for Siddhartha, Ray paints his leading man as humane. In an intense scene at the film’s midpoint, Siddhartha’s outburst at a lack of basic amenities—no fans in a harsh Calcutta summer—for other jobless young men queuing up for hours to be interviewed, is remarkably poignant. A few scenes later, the same Siddhartha is utterly inexpressive toward his love interest, Keya. He is visibly more bothered by his inability to resist his slow disenfranchisement than beginning a relationship with Keya, who he seemingly likes.

The city, which is established as capricious or ruptured in The Adversary, grows bleaker by the conclusion of the Calcutta trilogy in Jana Aranya (The Middleman, 1975). “The only bleak film I made is The Middleman. There is no question about that,” Ray said in a 1982 interview with Cinéaste. Somnath Mukherjee, the central character, is a jobseeker who chances upon a fellow football fanatic, Bishu da, who encourages him into a startup venture. Soon, Somnath is shown as an aspiring businessman, compelled to shed his hollowed middle class values and adopt the controversial rules of the business game. The film ends with him turning metaphorically into a middleman, trading off his friend’s sister (a sex worker) for a lucrative business deal. With The Middleman, Ray concludes his directorial journey into “political” as well as “conjugal,” though he revisits relationship themes in later films, but without the same positioning.

Interestingly, by 1975, Hindi cinema began to tackle corruption and failing systems—the same year Deewar (The Wall) was released. Deewar, now considered a cult film, ushered in Hindi cinema’s angry young man phase. While Siddhartha, in The Adversary, momentarily accepts his disenfranchisement, and Somnath, in The Middleman, compromises his ethics to survive, these compliant men in Ray’s films were far away from the Vijays of Deewar and Trishul (The Trident, 1978); essentially one-man armies seeking justice. And yet, 48 years later, Ray’s “meek” central characters, from Apu to Somnath, are more layered and relatable in their small and big battles.

Nilosree Biswas is an author and filmmaker.

© 2023 Center for the Advanced Study of India and the Trustees of the University of Pennsylvania. All rights reserved.