Mobilizing Religion and Gender in India: The Role of Activism, Nandini Deo. Routledge, 2015 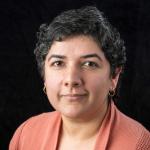 In August 2019, the Indian parliament threatened business leaders with up to three years in prison if they failed to comply with the requirements of the corporate social responsibility (CSR) provisions that were introduced in 2013. In addition to prison terms, any company that does not allocate its 2 percent of annual profits to charity will have the money taken by the state and doled out to one of a list of government funds. What does the shift from voluntary to mandatory CSR over the past decade reveal about the relationship between the state, the market, and the social sector in India?

This law and its latest punitive revisions are best understood within the framework of neoliberal authoritarianism in tension with democratic demands.

Democratic theory suggests that policy making is responsive to the squeakiest wheel. That is, interest groups of various kinds mobilize to demand legislation. Politicians who seek reelection must engage in policy making with a view to pleasing their constituents and their campaign donors. Further research has suggested that businesses play an outsize role in shaping legislation because they are able to threaten damage to local economies. The 2013 Companies Act’s Article 135 is puzzling because it seems to have no vested interest supporting it. It is an orphan law—one with no clear segment of society driving its adoption.

In 2011, Montek Singh Ahluwalia, as Deputy Chair of the Planning Commission, declared his opposition to the idea that Indian business should be required to set aside 2 percent of their annual profits for CSR funding. He said, “If you want them to spend another two percent, that’s like saying that corporate tax would be raised to 32 percent. It’s better to do that. You cannot have a corporate tax and then say spend another two percent. I am opposed to that.” He was articulating a view shared by most companies in India who were firmly opposed to this new mandate. They too argued that a higher tax rate made more sense than the requirements of the 2013 Companies Act under Section 135. But they were overruled and the law was adopted.

Meanwhile, within the philanthropic sector, there was deep cynicism about the prospects of mandatory CSR. “It is a crazy idea,” according to Venkat Krishnan, the CEO of GiveIndia. “Once you make it mandatory, people will find ways and means to get out of it.” He argued that philanthropy should be voluntary—a sphere of activity entered into with no coercion. By forcing businesses into the sector, he believes it will lead to malfeasance by unwilling corporations and could create problems of corruption within the civil society sector.

Rohini Nilekani, one of India’s largest philanthropists, said, “This is outsourcing of governance. This is taking the failure of the state and the corporates and trying to create a model out of it.” She articulates the concern that the creation of such a law is a way for the state to absolve itself of its responsibilities and to transfer them to the business sector. The opposition to the idea by philanthropists, NGOs, businesses, and economists all leave a major puzzle—who wanted this law and why?

In 2009, the corporate affairs ministry first introduced the idea of the 2 percent spending on CSR but faced immediate opposition. It relented and made the provision voluntary for the private sector but mandatory for the public sector. Large public owned enterprises have been required to follow this practice for some time. Minister Murli Deora explained the motivation for the law. “It is quite surprising that they (companies) do not spend even half a percent of their profit in social welfare, but they forget that a prosperous society is a must for their own survival.” He went on to say he “wanted companies to help in bridging the wide gap between the rich and the poor and the party also wants companies to take their social responsibilities seriously.” The justification for the law was that the rapid economic growth of recent decades has exacerbated inequality in India and big business is not doing its fair share to mitigate it.

The timing of the law coincided with the 2009 election campaign in which the ruling Congress party promised to promote inclusive growth and won decisively. It had expanded a number of welfare programs that targeted the rural poor in the previous five years and promised to strengthen these social supports. It also worked closely with civil society to introduce and implement government programs to provide a right to work, food, and education.

Author Arundhati Roy has argued that corporate philanthropy in the West has been a major tool of global capitalism as it sought to open and reshape developing countries through grants and training. She sees the rise of CSR in India in the early 1990s as a means by which corporations silence critics, buy off civil society, and proceed to plunder and exploit the masses. This suggests that a critical perspective is to see the adoption of this law as part and parcel of the neoliberalism of the Indian state and a means by which it works with the security establishment to steamroll over the resistance to global capitalism.

Either way, the problem is the effects of rapid economic growth that benefits the few at the expense of the many. For the Congress party, and now the BJP, the solution is to muscle the business sector into the social sector. Should we understand this as a way for the state to seek innovate ways to more efficiently serve the public? Is it a way to whitewash the sins of corporate greed and corruption? Is it a way of disciplining the masses into being better consumers as their quality of life improves?

The consequences of this law are felt by the approximately 16,000 corporations in India. Of these, only 1,000 already had well developed CSR programs. The other 15,000 have scrambled to set up the internal governance and expertise to dive into this field. The law generates at least $225 million annually as new money going into the civil society sector on top of the millions that were already being spent by NGOs and the state. The 3.3 million NGOs in India stand to gain new supporters, new partners, new funds, and new competitors for the social work they are doing. But my research suggests they are also in danger of losing their moral legitimacy as they become accustomed to working with corporations.

Twenty years ago, the main threat to civil society legitimacy came from critics who saw them as puppets of foreign governments who funded their projects. Within the development sector, skeptics of foreign funding argued that the agendas of NGOs were often coopted and their interventions ended up being largely cosmetic. Today, in India, the concern should be that as NGOs are turning to domestic sources of funding, CSR has pushed companies into the social sector in spite of their ignorance of how to be effective agents of inclusive and sustainable development. The money of CSR departments is likely to skew NGO agendas toward more quantifiable and output-oriented programs rather than the longer term, process-oriented interventions that lead to transformational change. While the state may think it is using the superior efficiency of the corporate sector to respond to democratic demands, it is more likely to end up tarnishing the reputations of civil society organizations and businesses, too.

Nandini Deo is an Associate Professor of Political Science at Lehigh University. This article draws on her current research for a forthcoming book, NGO Inc: How Corporations Are Remaking Civil Society in India.